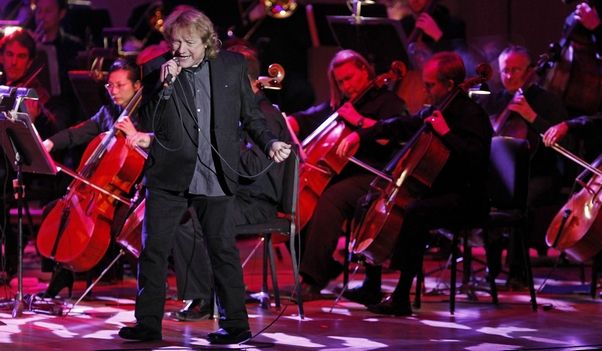 The Buffalo Philharmonic has had plenty of celebratory achievements since the orchestra’s establishment in 1935. The BPO performed at the direction of decorated conductors like Doc Severinsen and Marvin Hamlisch. Its music danced across Woody Allen’s “Manhattan” in 1979, and the orchestra made its 24th appearance at New York’s Carnegie Hall in 2012.

So with these moments considered, where will readying their instruments to back Foreigner icon Lou Gramm on a symphonic rendition of “Dirty White Boy” rank among the ensemble’s best moments?

Time will tell. But on Friday night in Kleinhans Music Hall, Gramm and the BPO joined for a rousing tour through late-’70s rockers, early-’80s backseat ballads and a handful of the vocalist’s solo career favorites during the latest performance in the orchestra’s popular BPO Rocks Series.

The Rochester-born Gramm has been dealing his brand of arena rock wail for nearly five decades. Whether opening for KISS as a teenager with Black Sheep or driving Jordache-clad women crazy with Foreigner, the frontman has earned his place among the most powerful vocalists in 97 Rock’s rotation. But after an uneven solo career, on-again, off-again stints with Foreigner and treatment for a brain tumor in 1997, it would be understandable to question whether the aging Gramm still has the juice to carry a live performance, let alone one with a four-piece band and symphony orchestra in tow.