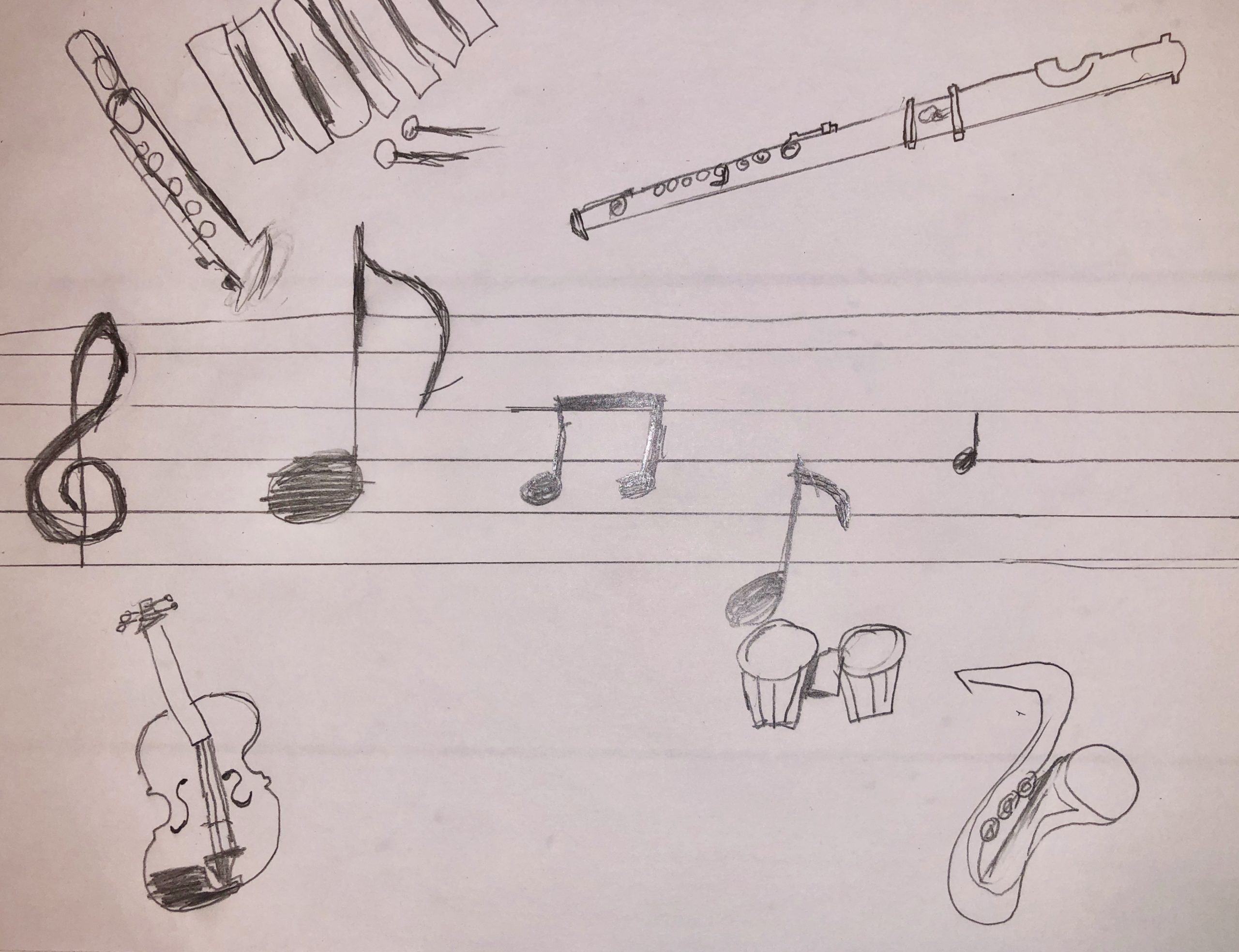 We asked 8-year-old Reese 10 questions on her perspective of the BPO after having attended a few concerts. Here’s what she had to say:

1. What is an orchestra?

An orchestra, I’m gonna say, it’s kinda complicated. There’s so many different instruments lined up. There’s a first chair in most instruments. The two that I know the most are flute and violin. And who is the person who waves the magic wand? Oh, the conductor. So, an orchestra is a group of instruments who have a conductor who may change throughout the year.

2. Is there a difference between a symphony and a philharmonic?

3. What does the conductor do?

The conductor is the person who tells people what to do and hears one instrument sound and can hear who is doing it and points the stick at them and tells them to go higher or lower.

4. How many different instruments make up an orchestra?

5. What is your favorite instrument?

6. What is your favorite part of attending an orchestra concert?

There’s two of my favorite parts. The last concert I attended had a sing-along and I love to sing. But I also love hearing all the instruments make one sound. It makes me relaxed. I also liked the cookies.

7. What is your least favorite part?

Not being able to eat in the auditorium.

8. What would make you, as a kid, want to attend more concerts for the rest of your life?

Making it so that everyone can eat in the place. It would be more relaxing with food.

9. What is your favorite piece of music?

I’m gonna go with an original from when I was 5: Liv and Maddie’s “As Long as I Have You.” (Those who are curious can click here to experience this amazing masterwork.)

10. What would you tell other kids who are unsure whether or not they’d want to attend an orchestra concert?

I’d tell them that they’re missing out because it’s really fun and they sell food there and you get to relax.

BONUS: Anything else you think BPO patrons should know from the point of view of an 8-year-old?

So, you know how most people would know how to point out the drums and the flutes and the oboes and stuff? Well, everybody knows those, but they should point out the other instruments that people may not be familiar with. Like the big brown tube one. (The bassoon.) And not many people in my class know what the French horn is. People who love to listen to music but don’t know what the instruments are, maybe it would help them. Maybe make a video that you could put up while people are shopping before the thing starts. It might make people understand the sounds better.

Reese is a 3rd grader at Gardner Road Elementary in Horseheads, NY. Her “Uncle Awesome” is BPO Marketing Director Patrick O’Herron. Reese has just started studying the flute. She also enjoys dance, basketball, and softball. When she grows up, she hopes to be a NASA astronaut… but not the kind that goes into outer space.