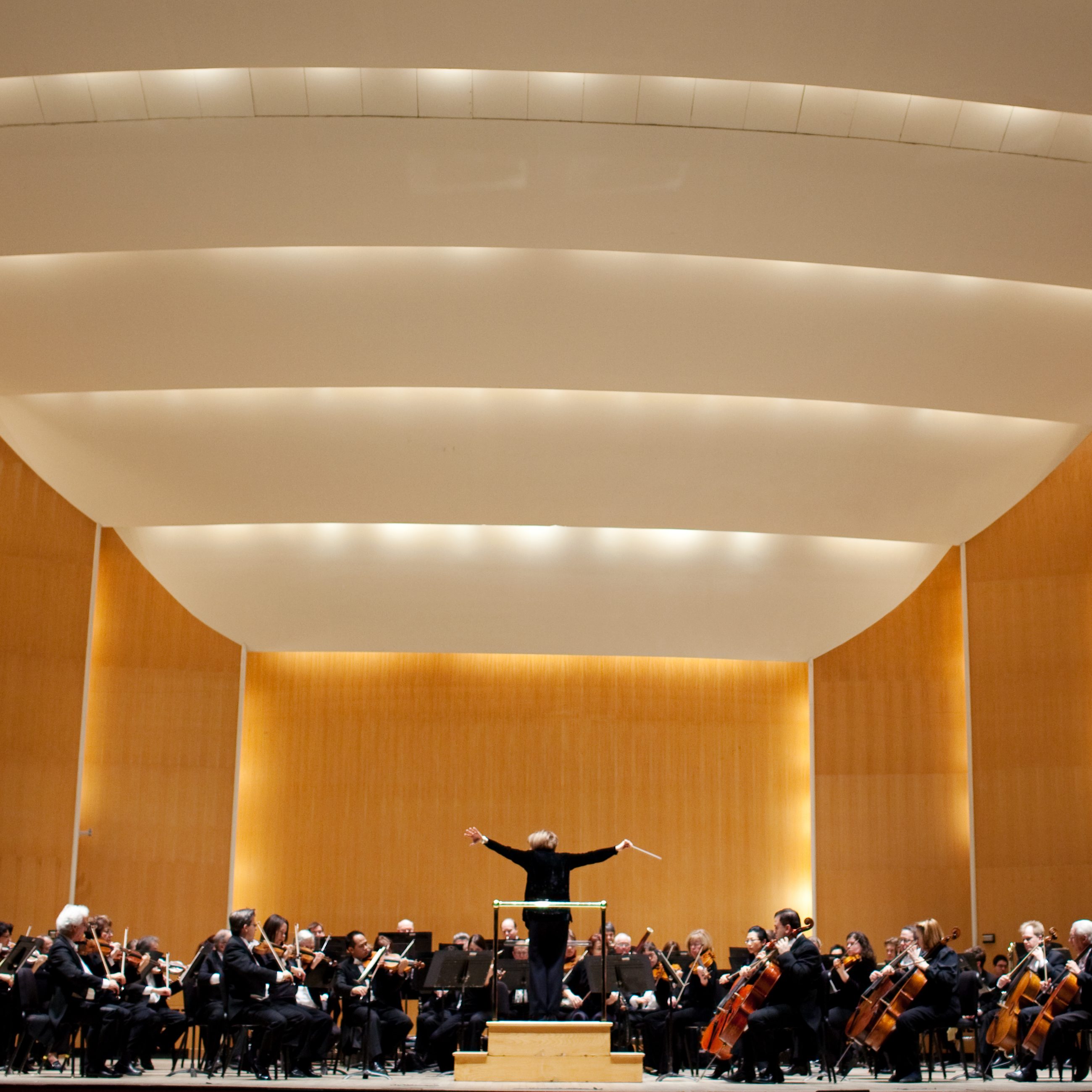 Buffalo, NY – After their much-lauded performance at Spring for Music at Carnegie Hall, the Buffalo Philharmonic Orchestra returns to bring superstars, rising stars, classical masterworks and cutting-edge new works to Western New York. Single tickets to all shows are available now, with great seats remaining for concerts such as Vivaldi’s Four Seasons, Beethoven’s Fifth, ABBA: The Hits, and Chris Botti.

The M&T Bank Classics season starts with An Evening With Yo-Yo Ma on Wednesday, Sept. 18, and the opening night gala sponsored by the Louis P. Ciminelli Family Foundation. Gala attendees will enjoy dinner before the concert and an exclusive opportunity to meet Ma after the concert. Only a few tickets remain for the highly-anticipated evening, which marks Ma’s first appearance with the BPO in nearly 10 years. He will be performing a work never before heard in Kleinhans: “Azul,” written for him by Osvaldo Golijov. The program also includes Stravinsky’s “The Firebird (1911).”

On Friday, Oct. 4 and Saturday, Oct. 5, the BPO will present a concert of wonderfully accessible classical music. Falletta and Brahms features violinist Vadim Gluzman in a performance of Bruch’s Concerto No. 1 for violin, which music director JoAnn Falletta has called “A romantic masterpiece, one of the most beloved pieces written for the violin, which sings with a poetry and emotional richness that make it completely irresistible.” The concert also includes Brahms’ Symphony No. 1; and “Medea’s Meditation and Dance of Vengeance” by American composer Samuel Barber, of “Adagio for Strings” fame.

Ricardo Morales, the principal clarinetist of the Philadelphia Symphony Orchestra, makes his BPO debut on Saturday, Oct. 19 and Sunday, Oct. 20, performing Mozart’s only clarinet concerto. In addition to his performance, Morales will take time out to teach when he kicks off the 2013-14 series of masterclasses on Wednesday, Oct. 16. The program also includes Ravel’s endearing “Mother Goose Suite” and Bartok’s Suite No. 1, which will be recorded for an upcoming Naxos release of Bartok pieces.

Windborne’s “Music Of” shows have played to more than 600,000 people and topped $20 million in ticket sales. The Buffalo Philharmonic Orchestra has had a long and successful collaboration with Windborne, and will welcome them to kick off the BPO Rock series, sponsored by Kegworks. On Saturday, Sept. 21, the BPO will perform The Music of Queen, with Windborne founder Brent Havens conducting. Havens returns to the BPO stage on Friday, Nov. 8 with The Music of the Rolling Stones and on Friday, April 25 as conductor of the first-ever symphonic tour of Lou Gramm, the voice of Foreigner.

Subscriptions are available to the six-concert series, which also includes ABBA: The Hits; Classical Mystery Tour; and a performance by the band America. Kegworks, Western New York’s premier source for home beer brewing supplies, will have demonstrations and giveaways at all BPO Rock concerts.

On Sunday, Sept. 22, the BPO highlights one of Buffalo’s newest public spaces with a free performance at River Fest Park, located at 249 Ohio Street. In a nod to the heritage of the Old First Ward, Tim Bohen, author of “Against The Grain: The History of Buffalo’s First Ward,” will speak at 1 p.m. At 1:30 p.m., BPO violinist Amy Glidden will perform Celtic favorites with her string quartet. At 2:30 p.m., BPO brass and percussion ensembles will take the stage with an eclectic program that includes music from “Carmen” and “West Side Story.”

Broadway legend Bernadette Peters opens the BlueCross BlueShield Pops Series on Saturday, Sept. 28. Peters is a three-time Tony Award winner and has also gained renown for her appearances in television shows and films, and for her charitable efforts. The concert will be conducted by BPO Associate Conductor Matthew Kraemer, now entering his final season with the orchestra. Kraemer is leaving the BPO to focus on his work as music director for the Butler County Symphony Orchestra and the Erie Chamber Ensemble, both based in Pennsylvania, and to further explore his many guest conducting opportunities.

Saturday, Oct. 12 marks the much-anticipated return of ABBA: The Hits. The show, which features the band Waterloo, sold out when it came to Buffalo three years ago, and another capacity crowd is anticipated for this fun-filled evening of music that defined the 1970s and inspired the hit musical and film “Mamma Mia.”

Known to America as the bandleader from Johnny Carson’s Tonight Show and to Western New Yorkers as the former BPO principal pops conductor, Doc Severinsen returns on Oct. 25 and 26 with a high-energy show. Severinsen’s career has included stints with the Tommy Dorsey and Benny Goodman bands, and more than 30 recordings spanning genres from jazz fusion to big band to classical. He has long had a reputation as not only a talented musician, but a consummate showman with a long history of delivering memorable performances.

The BPO’s newest series returns for its second season. These Thursday night concerts feature a post-concert party, an earlier start time, and pre-concert networking opportunities. At each installment, audiences will go on a journey of musical exploration as the conductor examines a work, theme or composer.

BPO staff conductor Paul Ferington leads the opening of the series on Thursday, Oct. 10 with an exploration of musical retellings of Romeo and Juliet. With help from Shakespeare in Delaware Park, he will explore the story as viewed by composers such as Tchaikovsky, Berlioz, Prokofiev, and Leonard Bernstein. Romeo and Juliet’s Caffe will provide desserts at the post-concert party, where audiences can mingle with the musicians. Doors open at 6 p.m., and the concert begins at 7 p.m.

The 2013-14 season features a revamped BPO Kids series designed to introduce elementary-school-age children to symphonic music in a fun, age-appropriate setting. It begins on Sunday, Oct. 27 with a 2:30 p.m. Halloween-themed concert, Symphonic Spooktacular. The concert includes the traditional costume parade across the Kleinhans stage and makes a great grandparent outing. Anyone showing their Buffalo and Erie County Public Library card at the box office will get a $1 discount on their ticket for any BPO Kids concert.

BPO for the holidays

The BPO’s holiday season kicks off with a classic event: the Nutcracker ballet performed by Neglia Ballet Artists in the sumptuous setting of Shea’s Theater on Saturday, Nov. 30 and Sunday, Dec. 1.

On Dec. 2, the Texas Tenors will join the BPO for a one-night-only holiday-themed show. The Texas Tenors’ career was launched after their 2009 appearance on “America’s Got Talent,” when they became the highest-rated vocal group in the show’s history. In the four years that have passed, they have performed more than 500 concerts in 20 countries, and earned the distinction of having the only album to debut at #1 on both the independent country and independent classical charts. Their Dec. 2 performance comes as they prepare for the hotly-anticipated release of their second album and for the broadcast of their first PBS special.

On Dec. 6 and 7, Ron Spigelman guest-conducts Classic Christmas, featuring the Castellani Andriaccio Guitar Duo. Amherst residents Joanne Castellani and Michael Andriaccio have a distinguished career as performers as well as a successful teaching studio in Snyder. They are also the artistic directors for the biennial JoAnn Falletta International Guitar Concerto Competition, taking place in June 2014.

The whole family can get in the spirit of the season on Dec. 8 with Jingle Bell Jam, which allows children to visit with Santa and sing along to holiday favorites. Sponsored by Fisher-Price, the concert is an interactive twist on the traditional holiday show.

JoAnn Falletta will lead four performances of Holiday Pops on Friday, Dec. 13, Saturday, Dec. 14 and Sunday, Dec. 15.  Fresh from a well-received performance as Mama Rose in the Hangar Theater’s production of “Gypsy,” Buffalo native Michele Ragusa lends her characteristic warmth and charm to a concert that also features the Buffalo Philharmonic Chorus. [pending final word from David]. Audiences are encouraged to plan ahead, as Holiday Pops usually sells out.

Subscriptions and tickets for all shows now available

With excellent seats still available for all concerts, this is the perfect time to get your tickets for the BPO’s upcoming concerts. Subscriptions are still available, with packages starting as small as five concerts. The many benefits of subscribing include guaranteed seats and access to discounts at top restaurants and retailers through the BPO Perks card.