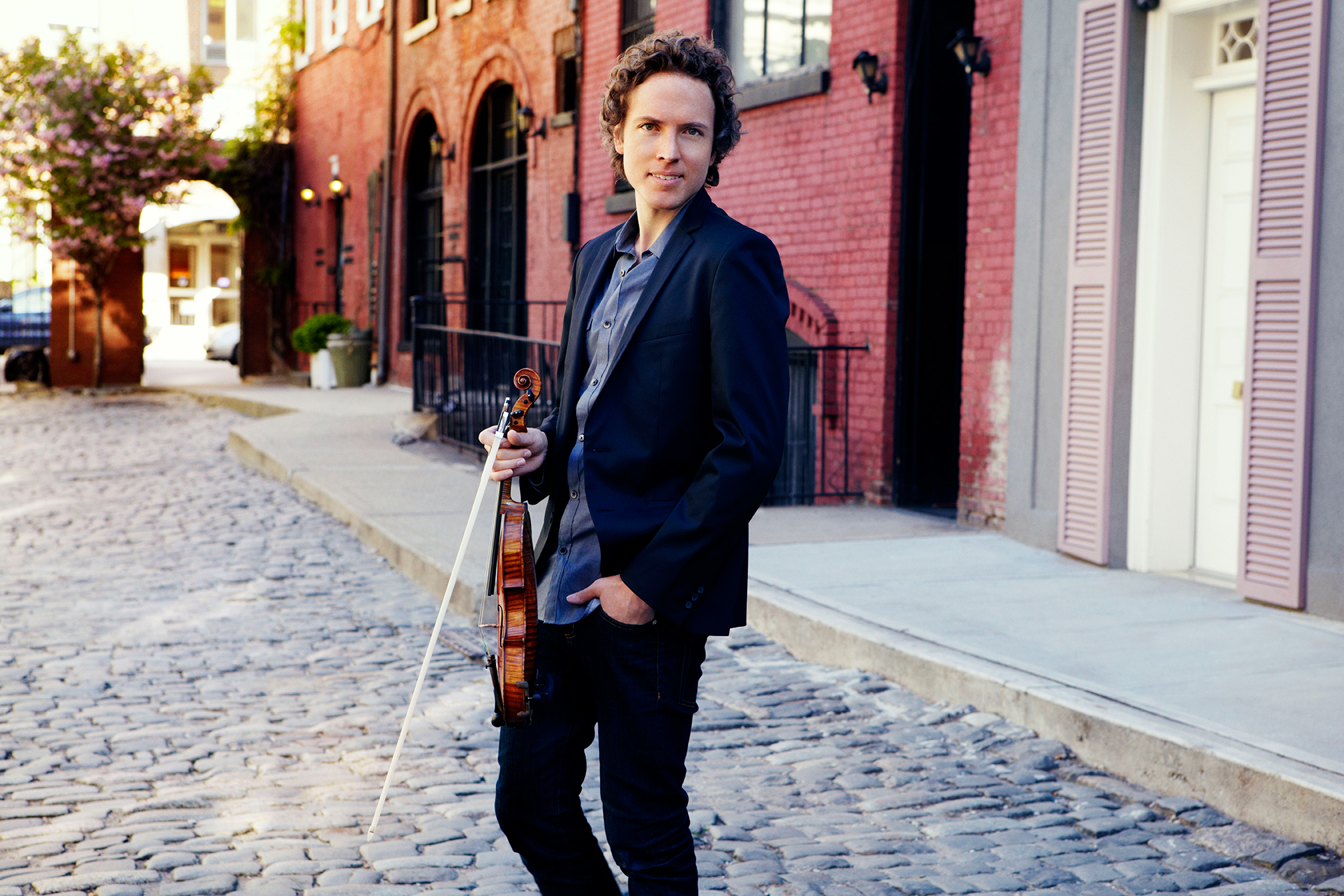 Music Director JoAnn Falletta returns to the podium in Kleinhans Music Hall on Friday May 29 at 10:30am and Saturday May 30 at 8pm to conduct the final pair of concerts of the Buffalo Philharmonic Orchestra’s current Master Classics season. The program features what at first glance may seem an unusual pairing of two works: Gustav Mahler’s a Symphony No. 1 in D major and Leonard Bernstein’s brilliant showpiece Serenade, (after Plato’s “Symposium”), for Solo Violin, Harp, Percussion and Strings, each of which is an audience pleaser in its own right.

While the rising star violinist Tim Fain will be making his BPO debut as the soloist in Bernstein’s Serenade, he is no stranger to Buffalo audiences. Fain first performed here in 1999 on the Buffalo Chamber Society’s free “Gift to the Community” series, and he returned about a decade later to perform at Slee Hall with the group known as Music from Copland House. Most recently, he brought his multi-media show ‘Portals” to the UB Center for the Arts two years ago, where he guided the audience through the new portals of relationship of our electronic present and future, in an onstage dialogue between his live performance of music by Philip Glass William Bolcom and Aaron Jay Kernis and projected multimedia works.

For the last seven years, Fain has had the opportunity to perform on a rare 1717 violin, known as the “Moller,” by the Venetian maker Francesco Gobetti. The violin is owned by Buffalo patrons Clement and Karen Arrison, and it is on extended loan to Fain through the Stadivari Society of Chicago.

After the death of the Russian conductor Serge Koussevitzky in 1951, the Koussevitzky Music Foundation commissioned Leonard Bernstein to write an orchestral work. Bernstein found his inspiration in the “Symposium,” Plato’s dialogue concerning the nature of love as discussed by actual historical personages such as Socrates, Agathon and Aristophanes at a drinking party in late 4th century BC Athens. Initially, he started composing a work in the traditional form of a three movement concerto for violin, but at some point he expanded the work to five movements, naming each movement after one of the participants at the symposium. As the composer explained, “There is no literal program for this Serenade, despite the fact that it resulted from a re-reading of Plato’s charming dialogue. The music, like the dialogue, is a series of related statements in praise of love, and generally follows the Platonic form through the succession of speakers at the banquet. The relatedness of the movements does not depend on common thematic material, but rather on a system whereby each movement evolves out of elements in the preceding one.”

The second half of the program and this concert season closes with a performance of Mahler’s First Symphony. While all of Mahler’s symphonies gained enormously in popularity during the post World War II period, his First Symphony, along with his Fourth Symphony remain the most frequently performed of his symphonies, due in no small part to the fact that they are far shorter and do not require the massive forces necessary for the performance of most of his other symphonies.

Mahler composed his First Symphony in 1887 and 1888 when he was a conductor at the Leipzig Opera House, but it was not well received at its premiere in Budapest in 1889. Mahler revised it heavily in 1893 before its second performance in Hamburg and yet again before its first publication in 1898. Mahler had been heavily influenced by the four volume philosophical novel Titan, published between 1800 and 1803, by the early German Romantic novelist Jean Paul, which highlighted the inevitable doom of the “Himmelsstürmer” (Heaven-stormers) of Romanticism. While Mahler added the name “Titan” to the title of the early versions of his symphony, as does the BPO for these performances, he did not use it in any published edition.

Leonard Bernstein was arguably the American conductor who was most influential in bringing the symphonies of Mahler into the standard repertory, so pairing the Serenade, his most successful orchestral work, on the same program with Mahler’s First Symphony seems somehow very appropriate.