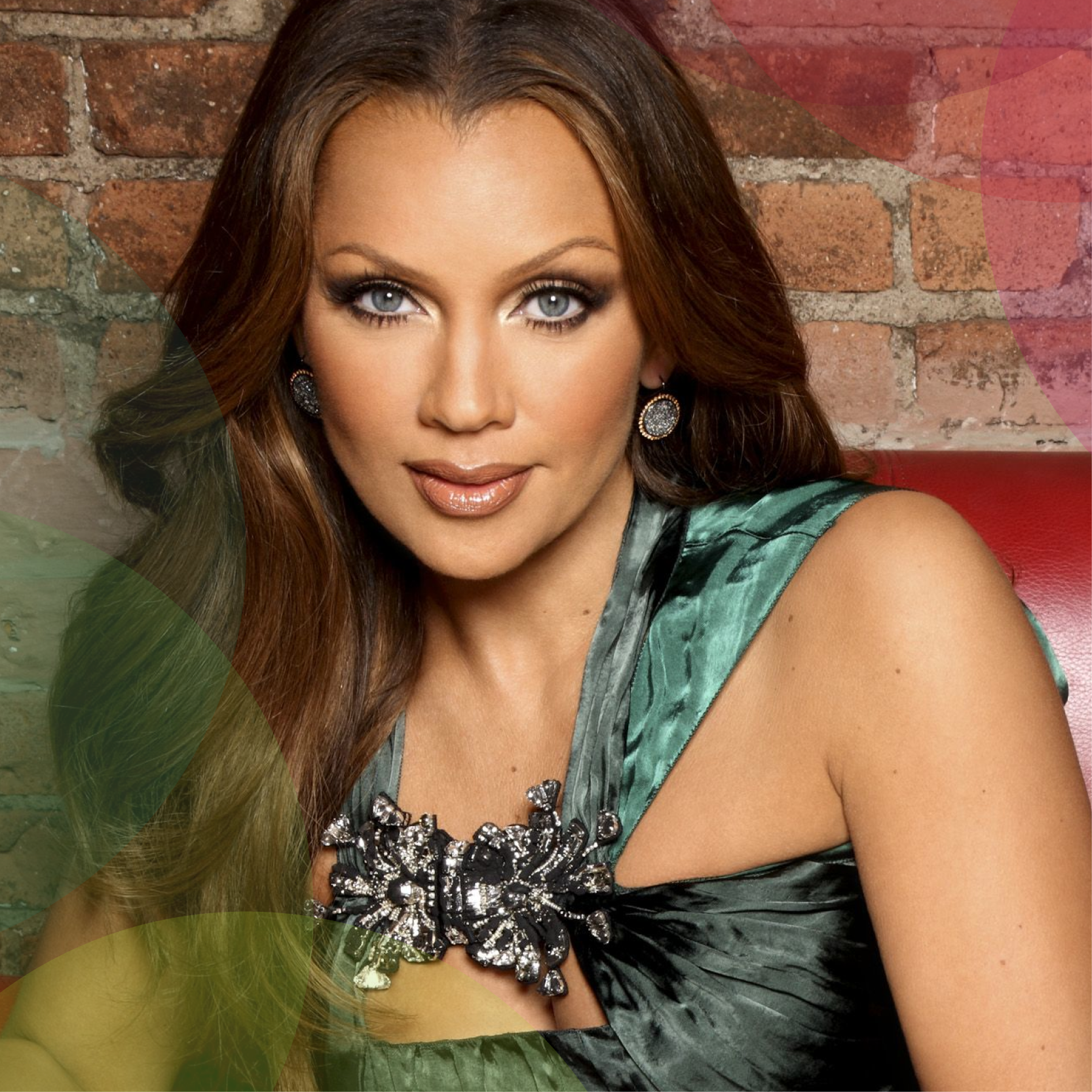 Tickets for all BPO performances go on sale September 7, 2021

BUFFALO, NY — Following an earlier announcement of the Buffalo Philharmonic Orchestra’s Classics, Pops, and BPO Rocks series presented by Calspan, today the orchestra announces three new special performances added to the 2021-2022 season line-up at Kleinhans Music Hall, including two films with live orchestra—the world-premiere of Elf in Concert (Fri. Dec. 3, 2021) and Star Wars: A New Hope in Concert (Fri. June 3, 2022)—and a one-night-only holiday performance with star of stage and screen Vanessa Williams (Tue. Dec. 7, 2021). Tickets for all BPO performances will go on sale to the general public on September 7, 2021. The BPO Film series is presented by Keybank.

Nobody spreads Christmas cheer quite like Buddy the Elf! This holiday season, CineConcerts and Warner Bros. Themed Entertainment announce another once-in-a-lifetime concert event: Elf in Concert, bringing this timeless holiday classic to Kleinhans Music Hall. This world-premiere performance will feature your Buffalo Philharmonic Orchestra performing every note from John Debney’s (The Passion of the Christ, Iron Man 2, The Jungle Book, Hocus Pocus) heartwarming score while the entire film is projected on a 40-foot HD screen. Directed by Jon Favreau (The Lion King, The Mandalorian, Rudy, Iron Man, Iron Man 2) and starring Will Ferrell, the film is considered by many to be one of the best holiday movies of all time.

John Debney, composer and conductor explains, “I’m so thrilled to working with Warner Bros. Themed Entertainment and CineConcerts on the upcoming Elf in Concert. Writing the score was a true highlight of my career. Seeing the joy that the music and film brings to audiences each year is truly wonderful. Elf has really become a modern classic and bringing this into concert halls worldwide is an absolute honor. I very much look forward to presenting this unforgettable, world-premiere concert experience to a live audience this year with the fantastic Buffalo Philharmonic Orchestra. Get ready Buffalo, because the Elves are coming to town!”

In Elf, Buddy was accidentally transported to the North Pole as a toddler and raised to adulthood among Santa’s elves. Unable to shake the feeling that he doesn’t fit in, the adult Buddy travels to New York, in full elf uniform, in search of his real father.

The concert will be conducted by Debney himself on Friday, December 3 at 7:30pm. Tickets available on Tuesday, September 7 at bpo.org or by calling the BPO Box Office at (716)885-5000. For further information, visit www.cineconcerts.com.

Vanessa Williams is one of the most respected and multi-faceted performers in the entertainment industry today. Having sold millions of records worldwide, she has also achieved numerous #1 and Top 10 hits on various Billboard Album and Singles charts: Pop, Dance, R&B, Adult Contemporary, Holiday, Latin, Gospel and Jazz. She joins your BPO for a one-night-only holiday special on Tue. Dec. 3 at 7:30 p.m. with a bouquet of holiday favorites, along with Broadway show tunes, pop songs, and personal stories from her celebrated career.

Vanessa has enjoyed multiple successes on both stage and screen. Her best-known television roles are that of Wilhelmina Slater on Ugly Betty (2006-2010) and Renee Perry on Desperate Housewives (2010-2012). Her Broadway credits include Kiss of the Spiderwoman, the 2002 revival of Into the Woods, The Trip to Bountiful co-starring with Cicely Tyson, After Midnight, a special limited engagement in Hey, Look Me Over at New York City Center in 2018, and recently, Josie Rourke’s City of Angels in London’s West End.

Vanessa’s work in television, recordings and the Broadway stage has been recognized by every major industry award affiliate including 4 Emmy nominations, 11 GRAMMY nominations, a Tony nomination, 3 SAG award nominations, 7 NAACP Image Awards and 3 Satellite Awards. Her platinum single “Colors of the Wind,” from Disney’s Pocahontas won the Oscar, GRAMMY and Golden Globe for Best Original Song.

Vanessa’s engagement with the BPO will be conducted by guest conductor Ron Spigelman. Tickets available on Tuesday, September 7 at bpo.org or by calling the BPO Box Office at (716)885-5000.
Vanessa is exclusively managed by Sterling Winters Company (SWC) / kathy ireland® Worldwide.

Your Buffalo Philharmonic Orchestra will present Star Wars: A New Hope in Concert featuring a screening of the complete film with Oscar®-winning composer John Williams’ musical score performed live to the film. The concert will be led by guest conductor Ron Spigelman.

Since the release of the first Star Wars movie over 40 years ago, the Star Wars saga has had a seismic impact on both cinema and culture, inspiring audiences around the world with its mythic storytelling, captivating characters, groundbreaking special effects and iconic musical scores composed by Williams.

Fans will be able to experience the scope and grandeur of this beloved film in a live symphonic concert experience, when Star Wars: A New Hope is presented on Fri. June 3 at 7:30 p.m. Tickets available on Tuesday, September 7 at bpo.org or by calling the BPO Box Office at (716)885-5000. Tickets and information at bpo.org.

“The Force is strong with this one…”

Set 30 years after Star Wars: The Phantom Menace, Star Wars: A New Hope, the fourth episode of the saga returns to the desert planet of Tatooine. A young Luke Skywalker (Mark Hamill) begins to discover his destiny when searching for a lost droid, he is saved by reclusive Jedi Obi-Wan Kenobi (Alec Guinness). As civil war rages in the galaxy, and Rebel forces struggle against the evil Galactic Empire, Luke and Obi-Wan enlist the aid of hotshot pilot, Han Solo (Harrison Ford). Joined by the quirky droid duo R2-D2 and C-3PO, the unlikely team sets out to rescue Rebel leader Princess Leia (Carrie Fisher) and make use of the stolen plans to destroy the Empire’s ultimate weapon. In a legendary confrontation, the rogue group mounts an attack against the Death Star for a climactic battle with the evil Sith, Lord Darth Vader.

Williams has won five Academy Awards, four Golden Globe® Awards, seven British Academy Film Awards, five Emmy® Awards and 25 GRAMMY® Awards. With 52 Academy Award nominations, Williams is the Academy’s most nominated living person and the second most-nominated individual in history, after Walt Disney. In 2005, the American Film Institute selected Williams’ score to 1977’s Star Wars: A New Hope as the greatest American film score of all time. The soundtrack to A New Hope also was preserved by the Library of Congress in the National Recording Registry, for being “culturally, historically, or aesthetically significant.” Williams was inducted into the Hollywood Bowl’s Hall of Fame in 2000, and he received the Kennedy Center Honors in 2004, the National Medal of Arts in 2009, and the AFI Life Achievement Award in 2016. Williams has composed the scores for eight of the top 20 highest-grossing films at the U.S. box office (adjusted for inflation).

The Star Wars: Film Concert Series is produced under license by Disney Concerts in association with 20th Century Fox and Warner/Chappell Music.
STAR WARS and related properties are trademarks and/or copyrights, in the United States and other countries, of Lucasfilm Ltd. and/or its affiliates. © & TM

Savvy music lovers in Western New York already know that a BPO subscription is always your best value. Subscribers save substantially on handling fees, receive priority access to special events before they are made available to the general public, and can take advantage of the most flexible ticket exchange program in the region. To subscribe, call (716)885-5000, visit bpo.org, or stop by the Kleinhans Box Office between 10 a.m. and 5 p.m. Monday through Friday, and 9 a.m. to 1 p.m. on Saturdays. Single tickets to all BPO events will be available September 7, 2021.

BPO’s Commitment to Your Safety

The safety of our musicians, staff, volunteers and community is the #1 priority of the BPO and Kleinhans Music Hall, and we will continue to follow all local, state and federal COVID-19 guidelines. Beginning September 11, 2021, the BPO and Kleinhans Music Hall will require proof of vaccination or recent negative diagnostic test for COVID-19, as well as a masking policy for all staff, volunteers, performers and audiences. Further information can be found at bpo.org/safety-protocols.