The Buffalo Philharmonic Orchestra has a long legacy of performing concerts for area school children.  This school year the BPO Youth Concerts are featuring a blend of music and visual arts. WBFO’s senior reporter Eileen Buckley takes us inside Kleinhans Music Hall where some young Buffalo Public School children started their day with a lesson on how the power of music changes emotions.

First graders from 13-Buffalo schools were completely engaged in the music, some waving their arms like conductors. Students represented a cross section of city schools that included the Bilingual Center, Lydia Wright School, Native American Magnet and International School 45.

The theme of the youth concerts is “Feel the Music”, a chance for students to learn how music expresses many feelings. A big screen was above the orchestra on stage. Students were asked about how their emotions changed when different selections were played. 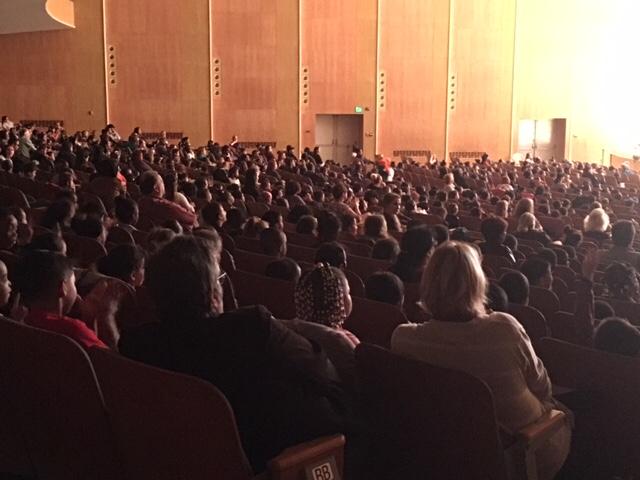 “The programs that are on stage are relevant and connect with what is being taught in the classrooms, both in the music classrooms, but also in the general classrooms, so each concert ties in with other subject areas and I think they make authentic connections – that’s our aim – is to show that music education is relevant and is connected to all other areas of learning,” Parkinson said.

For some of the students it was the first time they’ve ever walked into a concert hall. As part of the education process, the BPO had a produced video that included an explanation of when to applaud.

“When do you clap? Hmmm – that’s easy – you just clap when the whole thing is over,” stated the man in the video.

“Oh it’s wonderful to introduce them to the orchestra, the instruments of the orchestra, to see real, live musicians who live in our community. Some of our parents are in the orchestra,” said Monica Stamkewicz, a teacher at School 45. She attended the concert with her students.

“It adds so much to their social development. Just how to interact with kids from other places, how to be in the community, simple things, just how to sit, but still move without interrupting other people. They’re very active at this age, so teaching them it’s okay to move even though we don’t want them to disrupt other people,” Stamkewicz remarked. 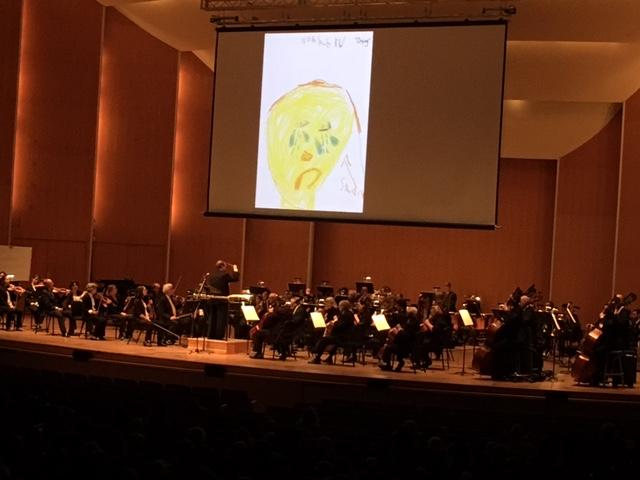 Student artwork from Highgate Heights, West Hertel, Southside and the Arthur Eve School was also incorporated. It featured adorable drawings by children displaying all kinds of emotions and sparked response from the children in the audience. Students got charged up and reacted as the orchestra played to a slide show of many different bulldogs.

Last year the BPO served more than 40,000 students with youth concerns. This year the goal is to expand to 50,000.

“And we hope to obtain that especially knowing that we’ve already gained two grade levels from the Buffalo Public Schools to attend the concerts this year,” Parkinson noted.

Many of the children even dressed for the concert. Some of the girls wore fancy dresses. Olmsted first grader Henry Russo wore a tie and sport coat and was all smiles as he exited the concert. 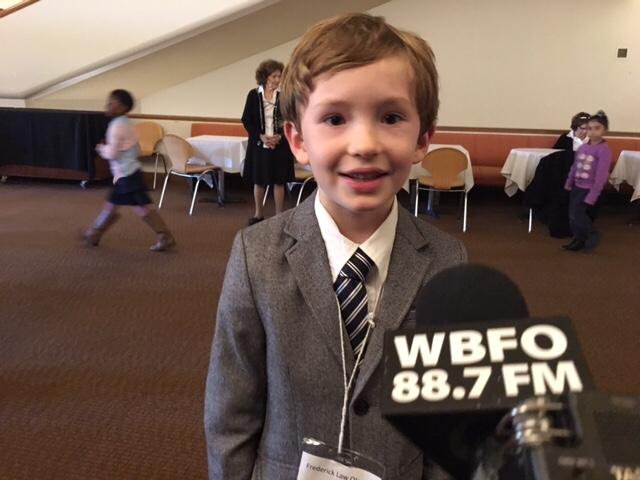 Olmsted first grader Henry Russo wore a tie and sport coat and was smiles as he exited the concert.
Credit WBFO News photo by Eileen Buckley

“So was this the first time you’ve gone to the Buffalo Philharmonic?” asked Buckley. “Yes!” replied Russo.

“For many of these first graders, this is the first time they will hear a live concert,” said Parkinson.

The BPO’s education director noted that for these students the concerts are a lasting memory.

“I can’t tell you how many people come up to tell me – adults – to say that they remember the first time they walked into Kleinhans Music Hall for a Youth Concert, so this a huge part of our legacy that we leave for Buffalo,” remarked Parkinson.