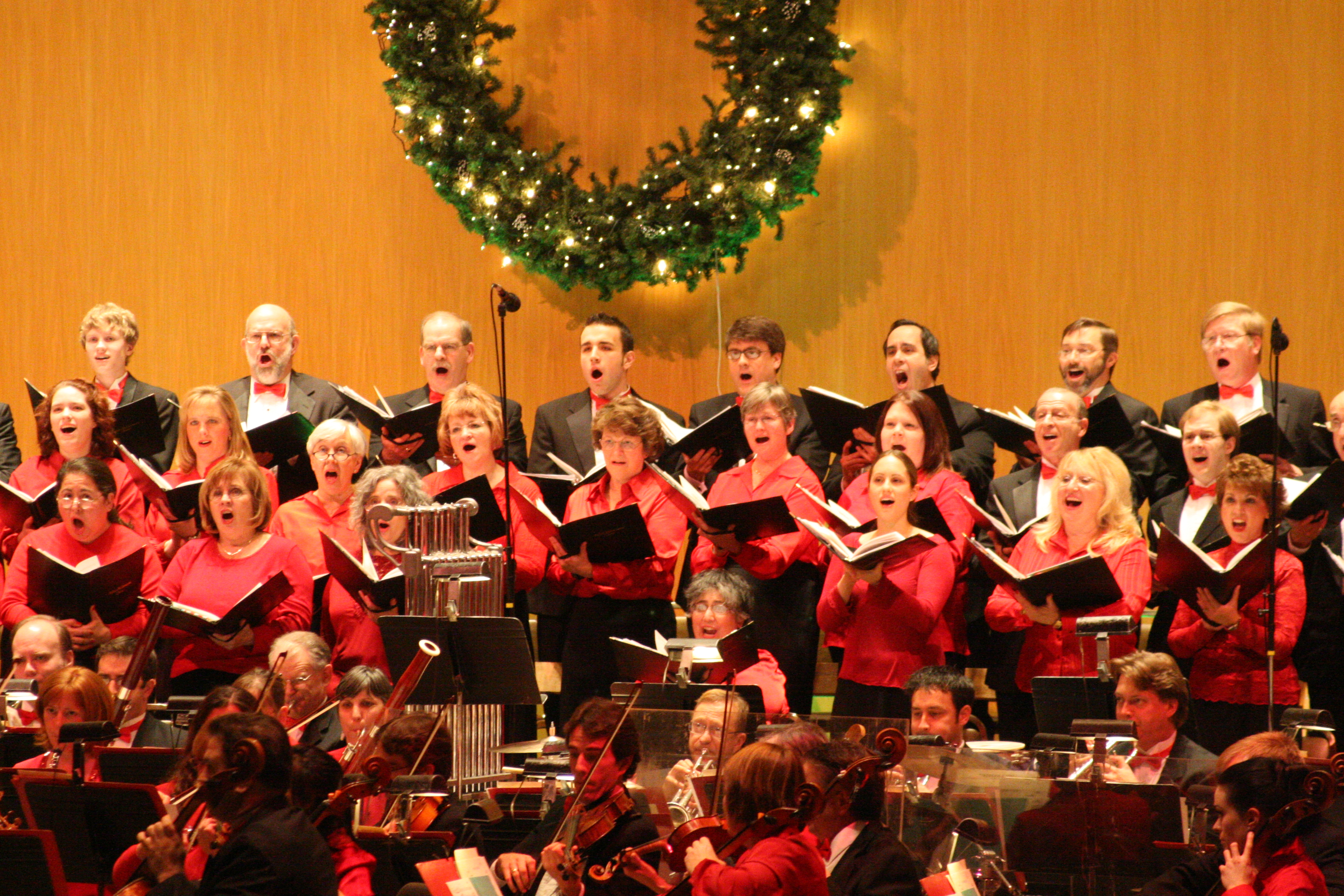 After making my list and checking it twice, I can report happily that the Buffalo Philharmonic Orchestra and Chorus’ “Classical Christmas” meets all three of my requirements for the ideal yuletide concert.

One, is there at least one number showing the unique touch of the great Hollywood Bowl arranger Carmen Dragon? Yes! Soprano Michelle Areyzaga sang “O Holy Night” as the Philharmonic cushioned her with those glistening Dragon textures.

Two, there has to be some music in the balcony. And there was. The singers of the Buffalo Philharmonic Chorus arrayed themselves along the balcony’s center tier as they began the concert with the medieval carol “In Dulci Jubilo.” It was a nice touch, as if they were singing from an organ loft.

And finally, I look for at least one excerpt from Handel’s “Messiah.” “Messiah” makes up the entire second half of this concert. It was a good idea, to perform the parts that explore the ancient prophecies leading up to the birth of Christ. If the “Hallelujah Chorus” sounded a little out of place following “His yoke is easy, and his burthen is light,” well, so what. It brought the concert to a stirring close.

The “Classical Christmas,” a tradition begun by BPO Music Director JoAnn Falletta, is unpredictable from year to year. This time around, conducted by Erin Freeman, it is a real mixed bag.

For me, the highlight of the first half was Max Reger’s breathtakingly lovely “Maria Wiegenlied,” or Mary’s Cradle Song. This lullaby is famous, but I can’t remember it being included in a BPO Christmas concert. Areyzaga, the soprano, sang it beautifully. A sparkling arrangement of “Joy to the World,” with the chorus leading singing from the balcony, was risky at times – you have that lag between stage and balcony, and a few times the timing was a bit off. But the power and the glory made up for it.

Then there was a sleeper hit – Leroy Anderson’s “Sleigh Ride.” This piece is so often heard that it’s easy to overlook what an ingenious concoction it is. Freeman, with her airy wit, added more ingenuity.

“Can everyone pull out your keys?” she asked. And she told us when to jingle them, to add the sound of the sleigh bells. Probably this has been done before, but I couldn’t recall hearing it, and the effect was uncanny. The sparkling percussion and neighing brass added to the charm. Hereafter I never want to hear this piece performed any other way.

Another bit of silliness, a mash-up of Mozart opera overtures mixed into a Christmas carol medley, was less attractive. I just love Mozart too much, these pieces they’re chopping up are sacred to me, and I don’t like them used in this cheap way. I found myself envying Frederick Delius, whose “Sleigh Ride” got to be played straight.

“Messiah,” abridged though it was, had a satisfying gravity. The soloists are excellent. Tenor Matthew Anderson gave real good cheer to “Every valley shall be exalted” and baritone Sumner Thompson put passion into “Thus saith the Lord.” Alto Jessica Renfro had a rich, dark voice.

I had one complaint, the bottled water on stage. Can’t they use glasses? Bottled water is so undignified, plus you have to see the singers unscrewing and then replacing the caps.

Otherwise, the soloists had good presence as well as good pipes. Even the many young students who helped make up Friday’s big crowd seemed absorbed and interested. People used to hearing this kind of music forget how fascinating it must seem to a newcomer. The vocal feats Handel demands of the singers take an athletic strength and precision.

The Philharmonic Chorus is especially good in the lighter choruses. Freeman clearly likes a light, crisp sound, and she achieved it. In some of the more bombastic choruses – “For unto us a child is born,” say – I wished for more strength and volume. Maybe recordings have made me used to supersized sound, but I love this music to pack a lot of punch. The final chorus, happily, did.