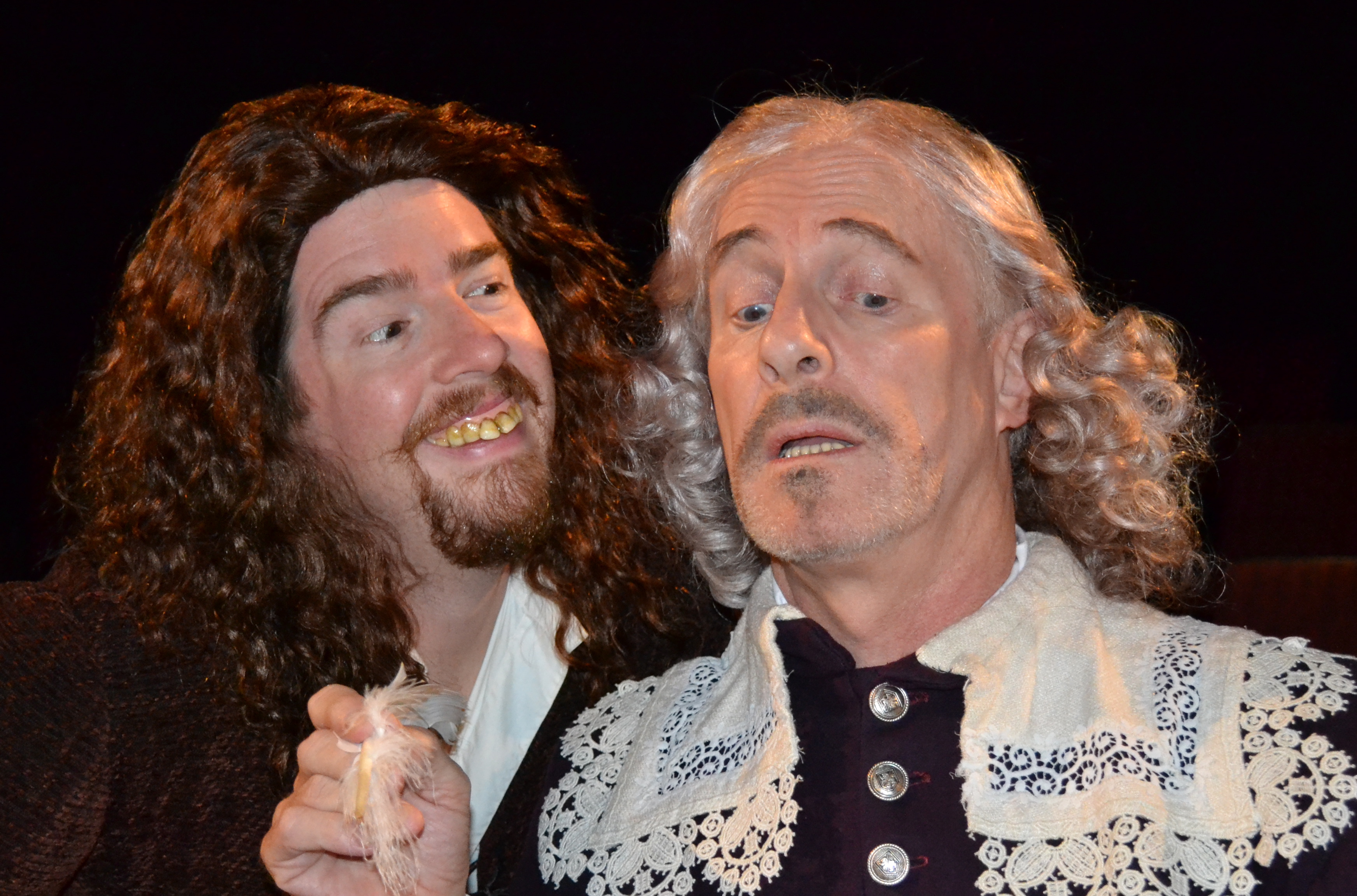 Written in 1670, the class-conscious satire and slapstick humor of Moliere’s comedic masterwork still resonate today. “Le Bourgeois Gentilhomme” follows Monsieur Jourdain, a merchant who desperately wants to join the aristocracy. He seeks to learn the “noble arts” of fencing and dancing, and fantasizes about marrying his daughter to nobility and taking a noble wife himself, despite already being married. The aristocracy does not come off unscathed in this play, which ultimately ends happily for all characters involved.

The Buffalo Philharmonic will perform music written by Richard Strauss for the 1917 German premiere of the play. Strauss is best-known for his operas, particularly “Der Rosenkavalier” and “Salome.” The orchestral suite for “Le Bourgeois Gentilhomme” is unusual among his works, in that Strauss gave it a distinct Baroque flavor to echo the history of the play. 2014 marks the 150th anniversary of Strauss’ birth, and the music will be recorded for Naxos Records. JoAnn Falletta will conduct the orchestra.

“I find it absolutely delightful that a play written in 1670 can still be completely charming, hilarious and just as relevant in 2014 as it was in the 17th century,” said Falletta. “Working with the Irish Classical Theatre Company and LehrerDance makes this production a dream come true for me.”

The play is directed by Fortunato Pezzimenti and stars Irish Classical Theater Company Artistic Director Vincent O’Neill as Monsieur Jourdain. The rest of the cast is comprised of notable Western New York actors. Kelli Bocock-Natale, a multiple Artie Award recipient for both acting and directing, will play opposite O’Neill as Madame Jourdain. Bonnie Jean Taylor, who has acted and danced with most major theater companies in Western New York, will play the Jourdains’ daughter Lucille. Her suitor, Cleonte, will be played by Niagara University graduate Zak Ward. Ray Boucher, Kevin Kennedy, Nicholas Lama, Brian Mysliwy, and Immanuel Naylor round out the cast.

“At the Irish Classical Theatre Company, we have a long tradition of collaborating with other theatres and arts organizations. Interestingly, we have done more collaborative performances with the Buffalo Philharmonic Orchestra than with any other organization in the area. As we experience the talents of Moliere and Strauss, let us celebrate at the same time the diversity and wonderful richness of our arts scene here in Buffalo,” said O’Neill.

Five members of the internationally-acclaimed LehrerDance will perform in several scenes, adding a dance element to the show.

“LehrerDance started in Buffalo with the hopes of working with the top culturals. Being onstage with Irish Classical Theatre Company and the BPO is the perfect fulfillment of that hope. It’s such a fun, good-natured entertaining show. What LehrerDance brings to it is fun, good-natured dance. That’s why I feel it’s such a great fit,” said Jon Lehrer, artistic director and founder of LehrerDance.

Audiences can experience the production three times: at 10:30 a.m. Friday, Oct. 31; at 8 p.m. Saturday, Nov. 1; and at 2:30 p.m. Sunday, Nov. 2. Complimentary coffee and donuts are available before the Friday performance starting at 9:30 a.m. One hour prior to curtain time on Saturday and Sunday, the audience is invited to attend “Musically Speaking,” a talk that will further explore both the play and the music. Tickets range from $29 to $67 and are available at bpo.org, at the box offices of Kleinhans Music Hall and Irish Classical Theater, and by calling (716) 885-5000. Students with ID may purchase their tickets at the Kleinhans Music Hall box office for $10.