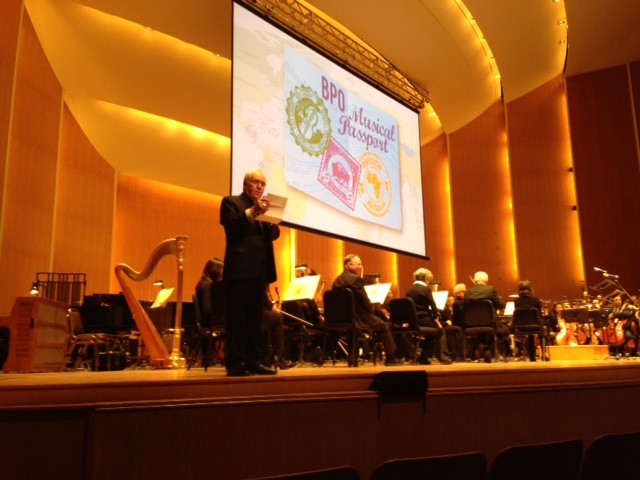 BUFFALO, NY – Students from 17 Catholic schools will attend the BPO’s Feb. 3 Music For Youth program, in a special event called Catholic Schools Day at the BPO. This event occurs during the annual Catholic Schools Week celebrated by the Diocese each year. It is a reinvigoration of the partnership between the Buffalo Philharmonic Orchestra and the Catholic Diocese of Buffalo. The program begins at 10:15 a.m.

More than 1600 students are expected to attend this morning youth concert, from schools all over Western New York’s eight counties. Also in attendance will be the Bishop of Buffalo Richard J. Malone Th. D, the Catholic Schools Superintendent Sr. Carol Cimino and Secretary of Catholic Education Carol Kostyniak.

The program is designed for third through sixth grades and is titled “BPO Musical Passport.” Music from America, Europe, Africa, Asia and South America will introduce students to musical forms, instruments of the orchestra, rhythms and melodies from around the world. This interactive program encourages participation through movement and active engagement, and combines music, geography and world cultures.

“The BPO is proud to partner with the Catholic Diocese of Buffalo once again,” says Robin Parkinson, BPO director of education and community engagement. “This is a longstanding relationship that dates back over 20 years and we are pleased to continue this important connection to the Catholic Schools for many years to come.”

As Buffalo’s cultural ambassador, the Grammy Award-winning Buffalo Philharmonic Orchestra under the leadership of music director JoAnn Falletta presents more than 100 concerts each year. Since 1940, the orchestra’s home has been Kleinhans Music Hall, a National Historic Landmark with a reputation as one of the finest concert halls in the United States. During the tenure of JoAnn Falletta, the BPO has rekindled its history of radio broadcasts and recordings, including the release of 36 new recordings on the Naxos and Beau Fleuve labels. For more information about the Buffalo Philharmonic Orchestra, visit www.bpo.org.