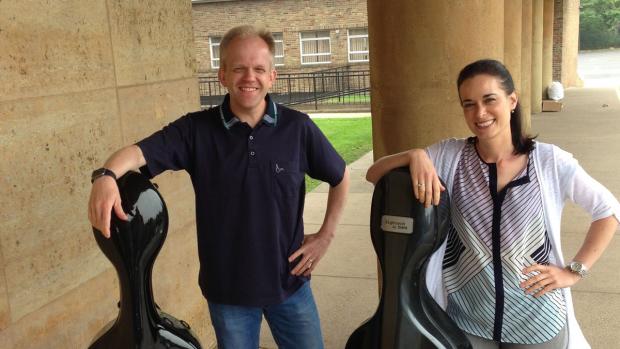 The convention of today’s audience sitting in seats bolted to the floor, facing one way, in the midst of a couple of thousand other people, is the product in part of the ascendency in the 19th century of the Romantic Era in classical music, which includes anything written after Beethoven. This music required orchestras of upwards of 100 players, which meant larger stages necessary to accommodate them. A big stage and a house of only several hundred seats would both look ridiculous and limit box office receipts. The more seats you had to fill, the more tickets you could sell, and the more money you would make both to pay the players and have a larger net profit.

The other factor is the simultaneous growth of the merchant middle class throughout Europe. Here for the first time were individuals who weren’t members of the aristocracy, and who had disposable income to spend on the arts. Such persons desiring music in their lives had the choice of a) learning to play an instrument themselves; b) hiring musicians to play in their homes; or c) purchasing a ticket to hear a concert with a room full of strangers. The last was the most economical, if not always the most agreeable, given the state of personal hygiene in the 1800s.

However, choices a) and b) were in fact the most prevalent prior to the 19th century. Aristocrats could afford to hire a couple of dozen players and keep an in-house composer (Haydn comes quickly to mind) who’d be responsible for writing something new practically every day. The other major employer of musicians were churches, some of which required their music directors to also lead semi-amateur ensembles at popular public settings. J. S. Bach led one such “Collegium Musicum,” which performed regularly at the Café Zimmermann, a coffeehouse in Leipzig.

The Buffalo Philharmonic Orchestra this Friday and Saturday evening, starting at 7pm in Kleinhans’s Mary Seaton Room, will revivify this informal, intimate mode of music-making. Listeners will be treated to a program of works by Bach, Vivaldi, and Handel on Friday evening in an event the BPO dubs “Baroque and Brews.” Craft beers will be for the tasting, and the audience will enjoy Vivaldi’s seldom heard Concerto for Two Cellos, Strings and Continuo in G minor. The soloists, Amelie Fradette and David Schmude, both members of the BPO cello section, relish the opportunity to play this concerto, which is just about the only well known one for this pairing of instruments. In the Mary Seaton Room, they and the orchestra will be seated on the floor, at eye level to the audience. Having the audience so close doesn’t perturb the players, who also experience a different acoustic in the smaller hall.

Approaching Vivaldi, who wrote many of his concertos for female orphans (some, the abandoned illegitimate daughters of Venetian nobility) whom he taught at Venice’s Ospedale della Pietà, a convent and orphanage as well as music school, leaves a lot of interpretive leeway to the performer. “It’s not as much about the notes as how it is played, what you do with it,” says Schmude. “It can get very boring very fast if you don’t make it more than what is on the page.” The cellists find, for example, a sense of conversation occurring between them that afford them the opportunity to experiment. “It’s a beautiful piece and it does take a little extra work to make it your own,” adds Fradette. The middle slow movement almost requires restraint on the part of the soloists, to avoid something overly romantic. Still, Fradette and Schmude as duo soloists took to the piece right away. “After playing the first movement with Stefan [Sanders, the BPO associate conductor who will direct both concerts], he looked at us and said, ‘Bitchin’!’”

“Mozart and Mingle,” Saturday evening’s concert, is a kind of Mozart mashup, offering excerpts from a handful of symphonies as well as two famous arias. Singing them will be soprano Emily Tworek-Helenbrook, a frequent soloist with the BPO, who is looking forward to the more intimate presentation, believing that this is how Mozart should be heard a lot of the time. Helenbrook feels a certain simpatico with the composer; while not easy to sing, the results are very rewarding. She is particularly conscious of his use of rhythm. “The way he wrote perfectly upholds how the text is set and also the character singing the piece,” she says. “He knew exactly what to do and how to let the character come across just by using some of those techniques.”

An aria for Susanna in The Marriage of Figaro was, for Helenbrook’s teacher, something Mozart composed “upside down.” “What she meant was a lot of the high notes in the piece aren’t supposed to be stressed; that the lower notes are more finessed and stressed,” she says. “When I sing I think about the character a lot. For me that’s important. I think because Susanna is a maid and more down to earth, her music, set as it is in the middle register, conveys that earthiness.”

The BPO invites families to make an afternoon of “Baroque and Brews” and “Mozart and Mingle” by coming early to picnic on Kleinhans Music Hall’s beautiful grounds, taste the beers and schmooze with other music-lovers before the concerts begin at 7pm. For tickets, call 885-5000. “A great way to introduce Mozart to your children,” says Helenbrook.