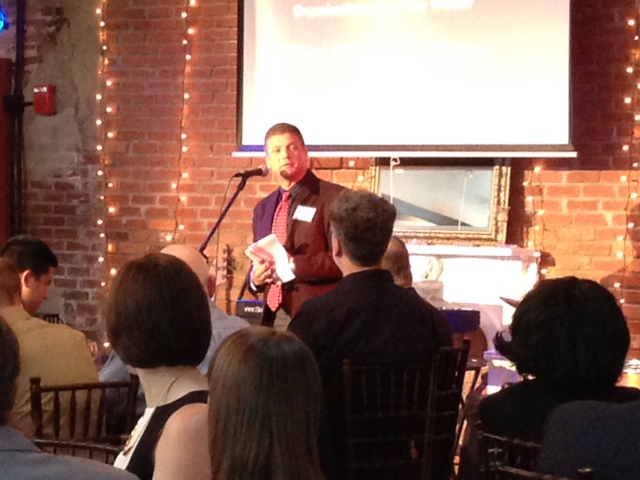 Arts Services Initiative of WNY named the BPO Cultural Organization of the Year at its inaugural Spark Awards, held Wednesday, June 25, at the Lafayette Hotel. The BPO was one of three finalists for the award, along with Torn Space Theater and Squeaky Wheel/Buffalo Media Resources. BPO percussionist Matt Bassett accepted the award on behalf of the organization.

Among the BPO’s contributions to Western New York’s cultural scene in 2013 were the performance of a world premiere flute concerto; the broadcast of a live education concert into classrooms at no charge to students or school districts; the kickoff of the Teaching Artists Program, which brings BPO musicians into classrooms around the region; the international release of two recordings; and free performances throughout Western New York, including a two-day festival at Canalside.

The season’s capstone was the May performance at Spring For Music at Carnegie Hall, in which the orchestra shattered records for hometown ticket sales and performed to a near-capacity crowd.  Included in the audience were 200 New York City students who received free tickets thanks to a program spearheaded by M&T Bank, the lead corporate sponsor of the orchestra’s trip. Overall, Western New York’s corporate and philanthropic communities provided more than $500,000 in support of this endeavor.

On the night of the concert, thousands of people around the world listened to it streaming live. The concert united current and former Western New Yorkers, and favorable reviews of the concert in publications such as The New York Times and Concerto.net focused the attention of the classical music world on the Buffalo Philharmonic Orchestra.