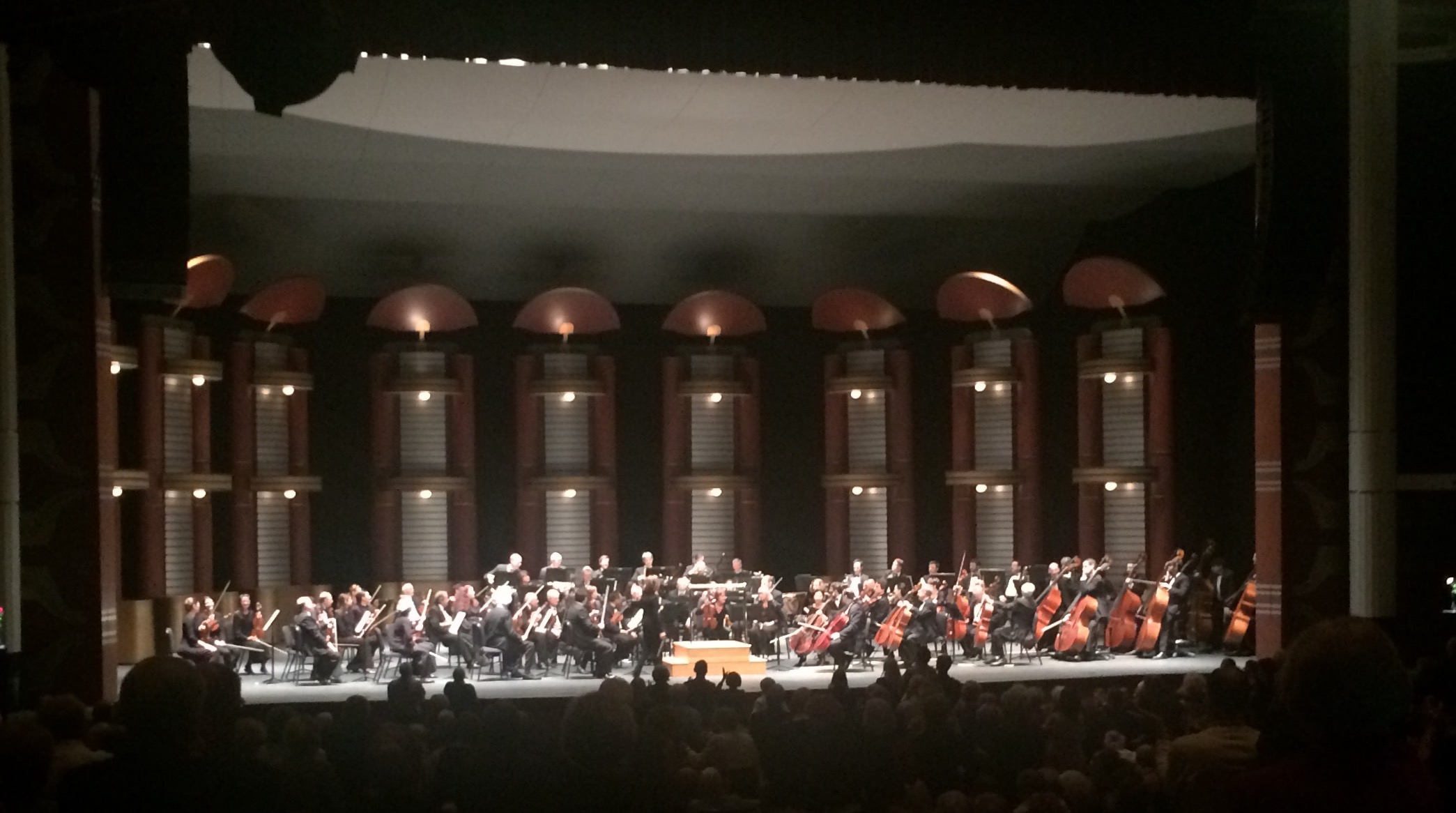 The Buffalo Philharmonic Orchestra returned to the Kravis Sunday afternoon under JoAnn Falletta, for a concert of classics — Tchaikovsky’s Violin Concerto and Brahms Symphony No. 2 in D.

The days of the Big Five orchestras — New York, Chicago, Philadelphia, Cleveland, and Boston — dominating American concert music are long gone, and the Buffalo band is as fine as any in the world. Maestro Falletta has been their music director since 1998. Though tiny in stature, she is a titan on the podium — surely one of the greatest conductors of her generation.

And the sound of that ensemble! From the opening notes, the orchestra produces a ravishing tone, perfect balance, a huge range of dynamics and absolute precision no matter what the technical demands. Each section plays gloriously, and the first-chair soloists are each superb.

This was the second time this season that the Kravis audience heard Pyotr Ilyich Tchaikovsky — earlier, by Arnaud Sussmann and the New World Symphony. That was a strong performance, but British violinist Chloë Hanslip was even stronger.

Hanslip, not yet 30, has already established herself as a world-class virtuoso with performances on four continents and a series of recordings on Hyperion. Her performance was richly romantic without being self-indulgent, and the sound of her 1737 Guarneri del Gesu was remarkable — silky tone, with a huge range of dynamics that could cut through the entire orchestra.

This concerto is perhaps the most romantic concerto of the entire violin repertory. Its technical demands stretch the soloist to the limits. Those demands hold no terrors for Hanslip, who negotiated the wildest passages with aplomb. But she was best in the lyric heart of the work, especially the songful second movement. And she joined concertmaster Dennis Kim in a duo as an encore, from a suite by Leclair.

Johannes Brahms’ second symphony was completed just a year after his first, a stormy and triumphant work. His second was in a wholly different mold — gentle, graceful, and lyrical, full of pastoral delights.

The opening theme in the cellos and basses seems, from the Buffalo band, to rise up from the earth itself. And throughout the work, Brahms bathes the listener in a warmth that seems to come from Nature herself.

The second symphony is all about balance — a natural progression of sonorities and tempos, and Falletta has all this in her heart. Two of the movements add the phrase non troppo — not too much, surely Brahms’ favorite musical expression. Even the whirlwind at the end of the final movement never spins out of control. Brahms would have been happy.

And if we needed a bit more fireworks, Falletta led a rousing reading of the overture to Bedřich Smetana’s The Bartered Bride for an encore.