A packed crowd of nearly 3,000 people welcomed the Buffalo Philharmonic Orchestra back from its summer hiatus and the start of the 2013-2014 concert season.

The draw was the orchestra, music director JoAnn Falletta and guest cellist Yo Yo Ma.

The BPO spent eight years trying to land Ma, but it worth the wait.

“He is like a celestial being,” Falletta said. Read more. 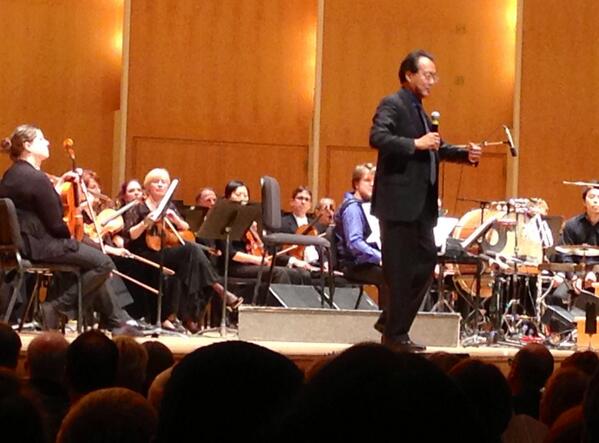 It was the gala opening of the season, and Yo-Yo Ma was in the house. The concert, conducted by Music Director JoAnn Falletta, packed the place to the rafters. From the start, there was a sense of suspense. And the evening delivered.

There is something affecting about Yo-Yo Ma. Even though he’s 57, almost 58, he’s eternally youthful. It might have something to do with the range of music he plays, everything from Appalachian folk music with fiddler Mark O’Connor to East/West fusion music with Asian musicians. Wednesday night he was playing a contemporary piece, “Azul,” by Argentine composer Osvaldo Golijov. Read More. 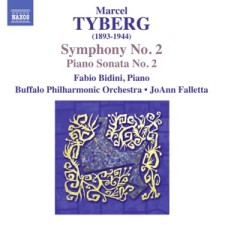 The Adagio is particularly lovely, basically diatonic in harmony, but with tunes that never go exactly where you expect them to. Had Tyberg survived the Second World War and written more in this vein, we might go so far as to call it “personal”.
Read the rest of the article.
The Buffalo Philharmonic Orchestra’s first concert this fall, which takes place Wednesday at Kleinhans Music Hall, hints at an unusual season ahead.

It’s rare to have a midweek opening gala. Adding to the novelty, the guest artist, superstar cellist Yo-Yo Ma, is joining the BPO and Music Director JoAnn Falletta not for a tried-and-true crowd favorite, but a contemporary piece by an Argentinian composer, Osvaldo Golijov. It is called “Azul,” which means “blue.”

Dan Hart, the BPO’s executive director, is an avid music listener and is looking forward to it.

“I think people will be blown away,” he said, adding: “There’s nothing Yo-Yo can do wrong, in my opinion.”

The audience seems to agree. Tickets to Wednesday’s opening gala are all but sold out. At last report, only a few standing-room-only single tickets were left.

The rest of the season is also full of surprises. Read More.

For many decades, the Buffalo Philharmonic Orchestra would launch its new season in its home in Kleinhans Music Hall with a pair of concerts, on Saturday evening and Sunday afternoon, almost invariably featuring a “big name” guest soloist, playing a well known, audience favorite piece. Beginning in 2003 the orchestra changed its scheduling practices, and started programming the opening concert as a stand-alone, Saturday evening event, still featuring a well known soloist playing an equally well known work.

The one exception occurred in 2003, the first year of the new scheduling setup, when three well known female violinists from very different performing traditions—classical, jazz, and fiddle—performed, besides some of the usual violin repertoire, Christopher Brubeck’s Interplay for 3 Violins and Orchestra, a new work commissioned for them the previous year by the Boston Pops. Since 2004, the BPO has continued to engage classical star soloists to perform audience favorites on opening night, in what has become the orchestra’s best attended concert each season.

This year’s BPO opening night breaks the pattern in a couple of ways. For starters, the opening night is now on a Wednesday, September 18 at 8pm, a first. The concert, under the baton of BPO music director JoAnn Falletta, will feature a performance by superstar Yo-Yo Ma, one of the best known performers in the classical music world, who last appeared with the BPO on opening night in 2005, playing Elgar’s Cello Concerto. What is different this time around is that Yo-Yo Ma will be performing Azul, a new concerto for cello and orchestra written for him in 2006 by the Argentine composer Osvaldo Golijov, and it will be the first performance ever of one of the contemporary composer’s works on a BPO program. Interestingly, the New York Philharmonic Orchestra will celebrate its season opening concert at its home in Avery Fisher Hall, also on a Wednesday, exactly one week later, and it will also feature Yo-Yo Ma as soloist, playing the very same Golijov concerto. A bit of a coup, anyway you look at it, when the BPO scoops the New York Philharmonic. Read More.

The BPO launches its new Classic series season at its home in Kleinhans Music Hall on a rather unusual day, with superstar cellist Yo-Yo Ma as soloist for one performance only, on Wednesday, September 18 at 8pm. Music director JoAnn Falletta will be on the podium to lead the orchestra in Stravinsky’s 1911 version of his Firebird Suite, and Yo-Yo Ma will be the soloist in Argentine composer Osvaldo Golijov’s recent work Azul, a concerto for cello and orchestra composed for him, that will be making its Buffalo premiere. A gala dinner package is also available for this event.

Falletta will conduct a pair of concerts on October 4 and 5, featuring the Ukrainian-born Israeli violinist Vadim Gluzman in Bruch’s beloved Concerto No. 1 for Violin. American composer Samuel Barber’s Medea’s Meditation and Dance of Vengeance and Brahms’s Symphony No. 1 are also on the program.

The classical music scene is readying for a colorful fall.

From now until December, Buffalo will be seeing a range of what promise to be memorable events. They start out summery – there’s even one more outdoor free concert – and then ease into deeper territory. They are so varied that people who have been music fans forever are sure to find something new to intrigue them. And some of the concerts will be great not only for classical music fans but for their friends who are still on the fence.

Here are some highlights to anticipate.

Bernadette Peters is one of the great voices of Broadway and, even more important, gives a great show. She opens the BPO Pops season at 8 p.m. Sept. 28 in Kleinhans. Read More.

M&T Bank senior vice president and chief marketing officer Peter Eliopoulos has been elected to a three-year term on the Buffalo Philharmonic Orchestra Society Inc. board of trustees.

Eliopoulos joins the board after spending the past year, in a voluntary capacity, marketing and leading the fund raising efforts for the Buffalo Philharmonic Orchestra’s May appearance at Carnegie Hall. More than 2,000 people attended the May 8 concert and the orchestra used the performance as one of its major fund raising efforts for the past year.

Several years ago, a professional woman in her 30s, just transferred to Buffalo by her large, international corporation, asked a group of her new co-workers about the cultural scene in Buffalo. Among the many possibilities that were brought up, someone mentioned the wonderful season of classical music concerts offered every year by the Buffalo Philharmonic Orchestra under its internationally acclaimed music director, JoAnn Falletta. The new Buffalo resident, a holder of several advanced engineering degrees from a Big 10 university, replied roughly as follows: “Oh, I don’t know anything about classical music. I never studied music in any way, in either high school or college, and I just feel intimidated by the idea of going to a classical music concert. Why can’t symphony orchestras offer programs that explain classical music to adults like me, who know nothing about it?”

Read the rest of the article here