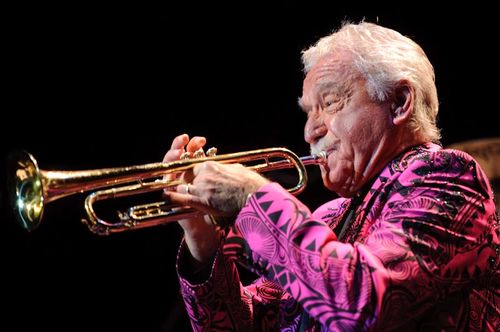 Doc Severinsen was never one to tone down either his wardrobe or his words when he was the longtime bandleader on “The Tonight Show” with Johnny Carson.

So when he was asked about a controversial tell-all book on Carson by Carson’s longtime attorney, Henry Bushkin, it should be no surprise that Severinsen didn’t hold back.

“I know Henry Bushkin and I knew Johnny Carson,” Severinsen said this week, choosing his words carefully and making what appear to be his first public remarks about the book. “And the idea that anybody would ask any single person to write a book about Johnny Carson and have it be Bushkin is beyond disgusting.” Read the rest of the article.