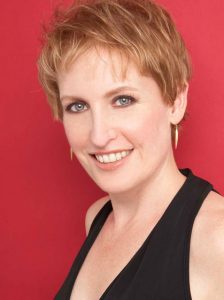 Liz Callaway, Tony nominee and Emmy Award-winning singer, actress and recording artist joins your BPO this year for four performances of Holiday Pops. Liz is well-known for lending her vocals to the animated classic ‘Anastasia’ in which she sang the Academy Award-nominated song “Journey to the Past.” She received an Emmy Award for hosting ‘Ready to Go,’ a daily, live children’s program on CBS in Boston. She made her Broadway debut in Stephen Sondheim’s ‘Merrily We Roll Along,’ received a Tony Award nomination for her performance in ‘Baby,’ and for five years, won acclaim as Grizabella in ‘Cats.’ She has also starred in the original casts of ‘Miss Saigon,’ ‘The Three Musketeers,’ and ‘The Look of Love.’ Liz Callaway last performed with the BPO to sold-out audiences in 2017 with The Carole King Songbook.