BPO Musician Portraits at the Drive-in 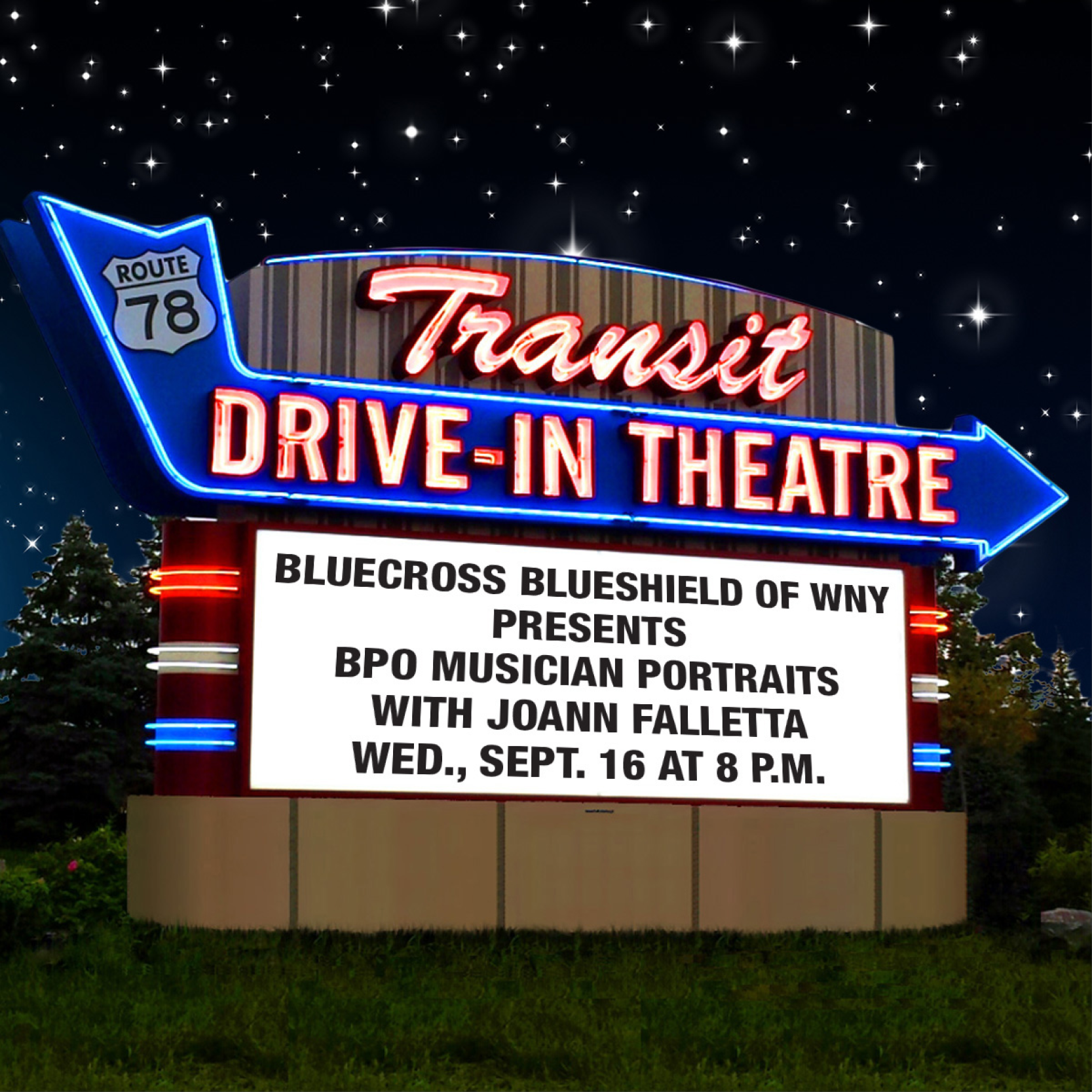 The Buffalo Philharmonic Orchestra, in partnership with BlueCross BlueShield of Western New York and Buffalo Toronto Public Media, is excited to present a one-night-only screening at the Transit Drive-in! Join us on Wednesday, September 16 for an exclusive screening of highlights from the Buffalo Toronto Public Media-produced television series, BPO Musician Portraits with JoAnn Falletta.

These intimate performances, showcasing several BPO musicians in socially-distanced recording sessions, were filmed this summer at the WNED PBS Studios through the generosity of Cindy and Francis Letro.

Thank you BlueCross BlueShield of Western New York for sponsoring this event allowing it to be free for all of us!

GERSHWIN  “Someone to Watch Over Me”
BACH  Aria from Goldberg Variations