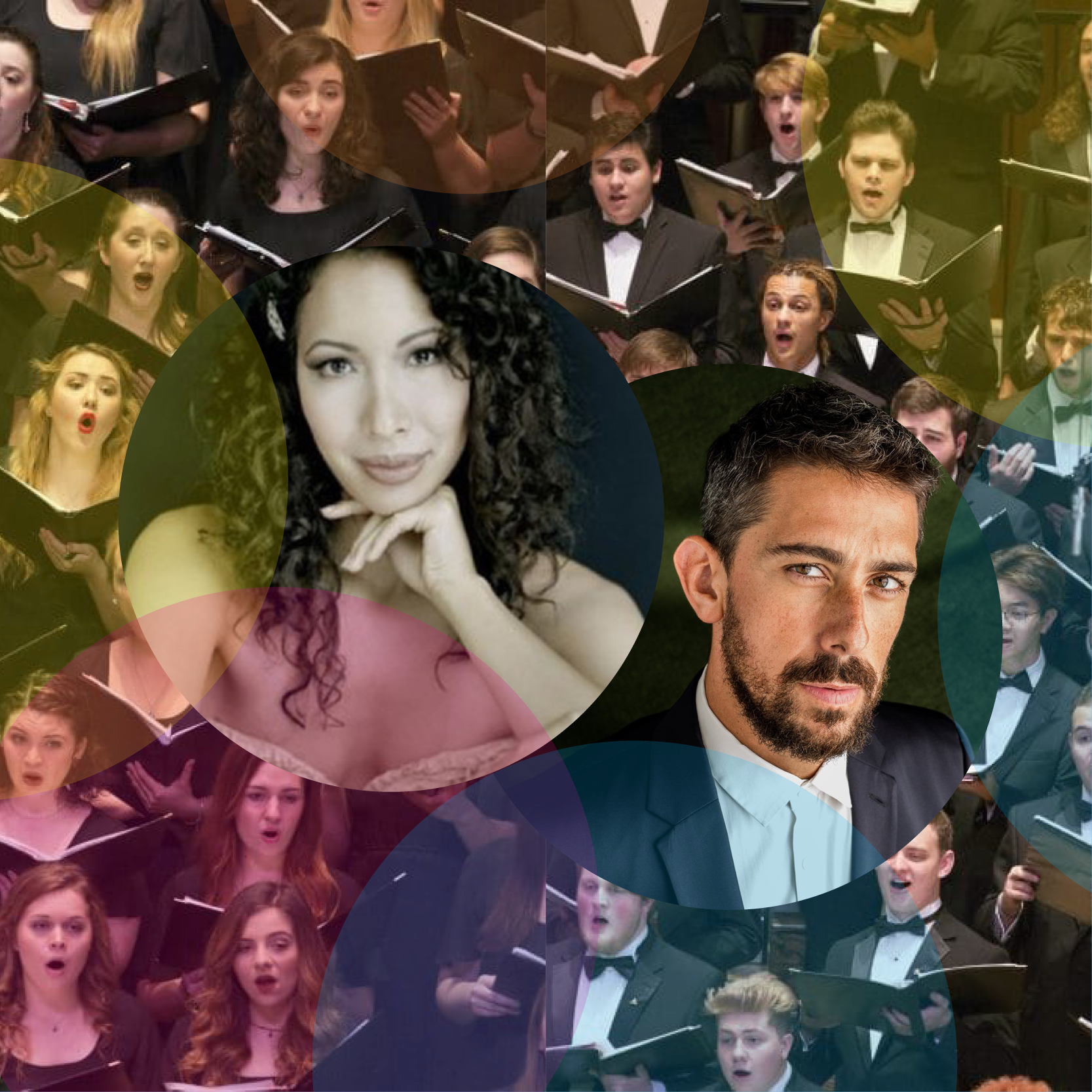 Brahms composed the profound and radiant Requiem after the death of his beloved mother as a gentle benediction offering comfort and hope for the living. As music inspires life, so art inspires music, as with Russell Platt’s musical interpretation of abstract impressionist works by Clyfford Still that hang in the Albright-Knox Art Gallery.

Enjoy dinner before the show at Marcato by SEAR, conveniently located on the lower level at Kleinhans. Call (716) 877-9662 to make your reservation. Click here to view the menu for Saturday, April 23.

As Johannes Brahms began his career, he was aided by his well-established mentors, pianists and composers Clara and Robert Schumann. Robert dealt with severe mental health issues and spent his terminal years in an asylum, where he succumbed to his ailments in 1856. During this challenging time and in the years to follow, Brahms assisted Clara in family affairs, despite being deeply affected by his friend’s death.

Not a decade later, he received word that his mother was in the final stages of her life, suffering a stroke. He was unable to visit his mother before her 1865 death, and although his parents had separated the year before, he deeply loved them both. These compounding stressors led him to seek comfort in a new work that he would describe as “A Human Requiem.”

Although the Requiem Mass as a genre had literally derived from Roman Catholic liturgy, Brahms chose German as the language of his Requiem, earning it its title. Brahms assembled the text from the Luther Bible, choosing excerpts that focused on comforting living mourners, rather than dogmatic references to the resurrection. He was concurrently working on his First Symphony, which earned the maxim “Beethoven’s Tenth” for its stylistic influence, but the Requiem also inherited Beethoven’s humanism heard in the Choral Symphony. Alongside Beethoven’s work, Brahms’ Requiem would become perhaps the most important German-language choral work of the nineteenth century.

The tranquil opening’s melody is first heard in warmly embracing strings, but transfers to a delicate chorale with the textSelig sind, die da Leid tragen (“Blessed are they who mourn”). This focus on the living acknowledges the necessity of those left behind to cope with loss, and the movements that follow trace the threads of this internalized narrative.

The second movement, Denn alles Fleisch, es ist wie Gras (“For all flesh, it is as grass”) continues to focus on the mourner. The slow marchlike movement ambiguously floats between minor and major key centers, as the mourner painfully recognizes God’s will, while trying to find joy.

Pulling from Psalm 39, Herr, lehre doch mich (“Lord, teach me”) features the baritone soloist negotiating with the Lord in an intense call-and-response with the choir. Eventually, there is the recognition that God’s will supersedes man’s control.

The powerful third movement is followed by a gentle reprieve with Wie lieblich sind deine Wohnungen (“How lovely are thy dwellings”), again using the words of David to give thanks for life, longing for God’s love.

A soprano soloist enters for the fifth movement Ihr habt nun Traurigkeit (“You now have sadness”), as if an angelic voice now represents the view of God, providing comfort for those who mourn.

The sixth movement, Denn wir haben keine bleibende Statt (For here we have no abiding place), is shrouded in mystery as the baritone soloist returns to mock death. Confirming a trust in the Lord in the face of death is portrayed by a growing intensity, marked by the victorious trumpets. “Oh death, where is thy sting?” is sung in this powerfully climactic moment as the ensemble attributes glory to the Lord. The energy is propelled by adventurous harmonic motion and densely overlapping text.

The finale joins the living and the dead with the text Selig sind die Toten (“Blessed are the dead”). Rather than resigning to morbidity, the entire work’s struggles with God’s will leads to a metamorphosis in the final movement in which the dead are celebrated in their heavenly rest. 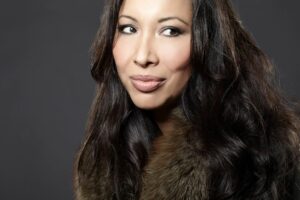 Nicole Cabell, 2005 BBC Cardiff Singer of the World, is an exciting lyric soprano whose career has taken her to the most important opera stages and concert halls in the world. 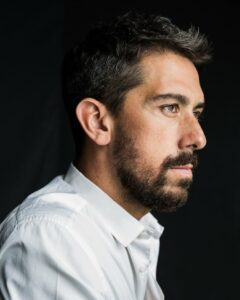 American Bass-Baritone Evan Hughes has been praised for his “appealing clarity and emotional heft” (New York Times) and his “burnished tone” (Opera News).

Evan Hughes will begin this season with a concert of Handel’s Rodelinda in Moscow in which he will debut the role of Garibaldo.  He will then return to the Opernhaus Zürich for one of his signature-roles, Leporello in Don Giovanni.  Future projects include returns to the Aix-en-Provence Festival, the Opernhaus Zürich, the Hamburgische Staatsoper, and a debut with the Volksoper in Vienna.

Last season Mr. Hughes returned to the Komische Oper Berlin’s Ensemble and was seen as Baron Puck in Offenbach’s La Grande Duchesse de Gerolstein.  He appeared with the Teatro Massimo in Palermo as the bass soloist in Beethoven’s Mass in C and as Masetto in Don Giovanni.

An alumnus of the Metropolitan Opera’s Lindemann Young Artist Development Program, Mr. Hughes scored a great personal success as Don Alfonso in a production of Così Fan Tutte directed by Stephen Wadsworth and conducted by Alan Gilbert at the Peter Jay Sharp Theater at Lincoln Center. Further engagements in the 2012-2013 season included the premiere of a John Glover piece with the New York Youth Symphony.

A champion of contemporary music, Mr. Hughes appeared in Elliott Carter’s Syringa with the Met Chamber Ensemble at Zankel Hall (Carnegie) and the Tanglewood Music Festival, conducted both times by James Levine, and more recently he premiered Mr. Carter’s Three Explorations at Alice Tully Hall with the Axiom Ensemble and Jeffrey Milarsky. Another milestone in the bass-baritone’s exploration of Elliott Carter’s music was On Conversing with Paradise as part of a festival of cultural exchange entitled Ascending Dragon in Los Angeles, Hanoi and in other parts of Vietnam.

After winning the grand prize in the Marilyn Horne Foundation Competition, Evan Hughes gave critically acclaimed recitals in NYC for the “On Wings of Song” series, and for “The Song Continues” Gala, marking his Carnegie Hall debut. The New York Times called him a “naturally communicative artist.” Returning to Carnegie Hall in collaboration with Dawn Upshaw and Ensemble ACJW, Mr. Hughes sang David Bruce’s Klezmer-inspired Piosenki, led by Stephen Prutsman. He made his European recital debut in Denmark with pianist Mikael Eliasen in Skagen’s Sommermusik series. He has also given recitals for the William Walton Foundation at La Mortella in Ischia, Italy, and with the American Academy in Berlin, Germany.

Mr. Hughes attended the Curtis Institute of Music and was a regional winner and a national Semi-Finalist in the 2010 Metropolitan Opera National Council Auditions.

About the Buffalo Philharmonic Chorus

The BPC is a non-profit organization dedicated to enriching the Western New York region through the performance of high-quality, diverse musical programs and developing singers in the choral arts. The BPC is the winner of the 2021 GRAMMY® award for Best Choral Performance for their recording of Richard Danielpour’s The Passion of Yeshua with the Buffalo Philharmonic Orchestra and conductor JoAnn Falletta. With a roster of over 140 singers, the BPC is frequently heard as the principal guest chorus of the Buffalo Philharmonic Orchestra.

What began in 1937 as the Buffalo Schola Cantorum became the Buffalo Philharmonic Chorus in 1992 to reflect its close association with the BPO, and to clarify its mission to the public. Founder Jessamine E. Long led the group until 1945 when she was succeeded by a progression of noteworthy musicians, including Cameron Baird and the twenty-two-year leadership of Thomas Swan. Now, the Buffalo Philharmonic Chorus makes various guest appearances throughout the region and produces self-sponsored concerts such as our annual performance of Handel’s Messiah.

The BPC participates in a number of community service events throughout the year including the Martin Luther King Celebration and the Daemen College graduation, both held at Kleinhans Music Hall. In the past, the BPC has participated in Curtain Up! and the Elmwood Arts Festival, and has performed with various area choruses including the Buffalo Niagara Youth Chorus, the Buffalo Gay Men’s Chorus, Finger Lakes Choral Festival, and the Rochester Oratorio Society. On average, the BPC participates in 15 concerts each year – many of which have multiple performances.

About The Crane School of Music

Founded in 1886, The Crane School of Music at SUNY Potsdam has a long legacy of excellence in music education and performance, with a community of musician-educators committed to fostering a vital musical society. Thriving programs in performance, composition, music business, and the academic disciplines of music history and theory enrich our long-standing heritage of leadership in music education. Our undergraduate programs are designed to provide a strong and comprehensive foundation across all areas of study, whereas our graduate programs bring greater depth and focus within these areas. In keeping with SUNY Potsdam’s mission as a student-centered institution, Crane students and faculty collaborate in pursuing a broad range of opportunities for artistic, personal, and professional growth. Crane students regularly premiere new works, study with guest conductors and visiting artists, and perform in nationally televised concerts. Our symphony and chorus have performed at Carnegie Hall and Lincoln Center, the traveling choir has performed in churches across Germany and Spain, and our Latin ensemble regularly plays in New York City and has performed in Puerto Rico and Cuba in recent years. Blending proven traditional approaches and promising educational innovations in a uniquely supportive and cooperative learning community, The Crane School equips students with both the foundations and flexibility needed for the challenges of the 21st century. 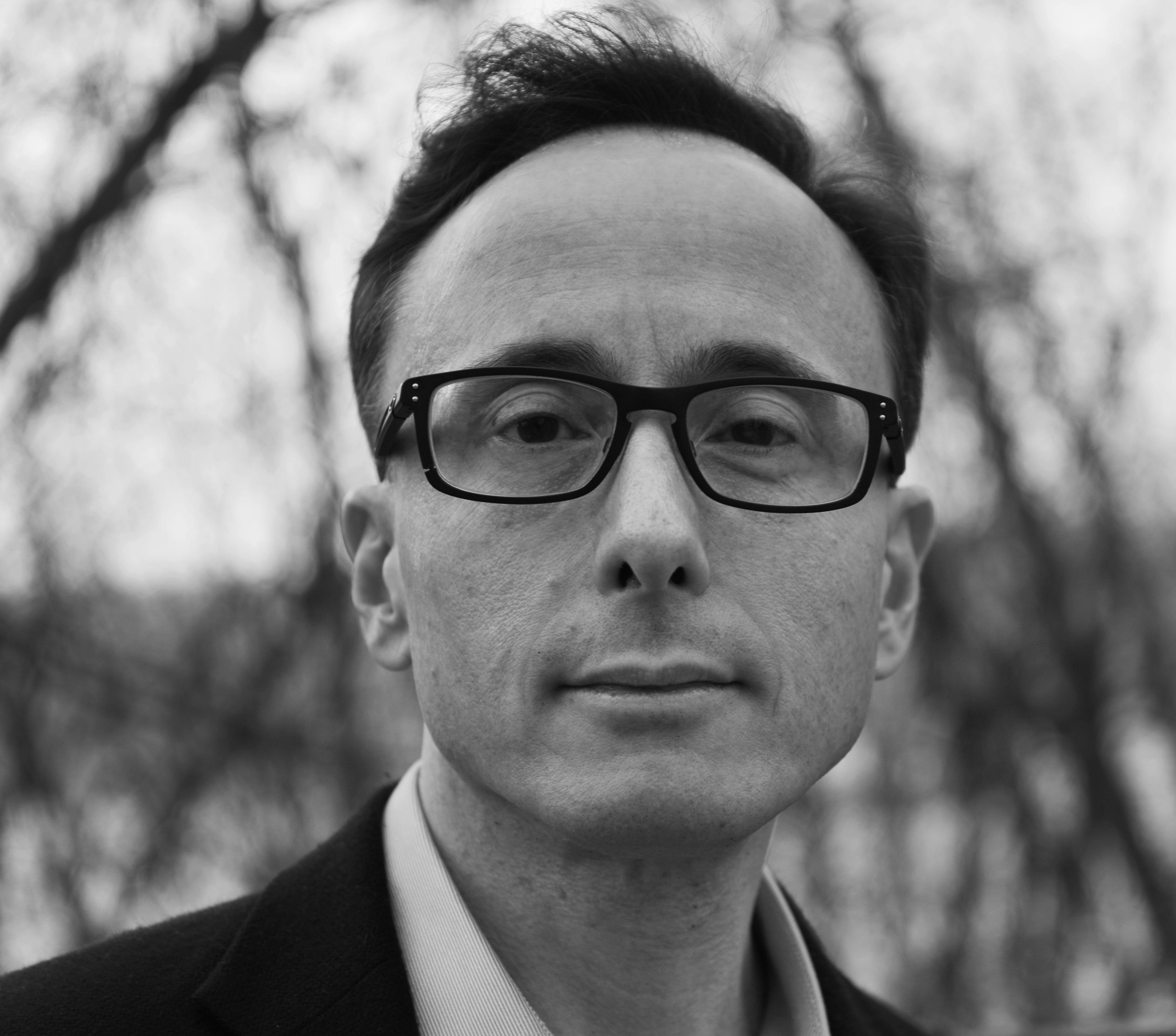 Deeply rooted in the legacy of Romanticism, the music of Russell Platt (b. 1965) is narrative- driven, formally dynamic, intellectually active, and frequently engages with works from other mediums. His upcoming “Symphony in Three Movements (For Clyfford Still)” (2019-20), for the Buffalo Philharmonic Orchestra and JoAnn Falletta, is a response to four paintings by the legendary Abstract Expressionist artist held by Buffalo’s beloved Albright-Knox Art Gallery. “Mountain Interval (String Quartet)” (2014-16, premiered by the Borromeo String Quartet) is a seven-movement double tribute to Beethoven’s String Quartet in C-Sharp Minor, Op. 131, and seven beloved poems by Robert Frost. “Trio by Night” (2018, commissioned by Premiere Commission and premiered by Blair’s Blakemore Trio) is a paean to the work of three Getty photojournalists imprisoned by the Egyptian government.

Platt currently serves on the faculty of the Vanderbilt University Blair School of Music in Nashville. An alumnus of Oberlin College, the Curtis Institute of Music, St. Catharine’s College Cambridge, and the University of Minnesota, Platt’s principal teachers were Ned Rorem, Dominick Argento, Judith Lang Zaimont, Alexander Goehr, and Edward J. Miller. The recipient of several composer residencies at Yaddo, he has also had the privilege of working at the Civitella Ranieri Foundation and the Virginia Center for the Creative Arts. His music has been honored with both the Charles Ives Scholarship and Fellowship from the American Academy of Arts and Letters, a Copland House Fellowship, a McKnight Fellowship from the American Composers Forum, and an ASCAP Young Composers Award.

His works for orchestra, chamber ensembles, and vocalists have also been performed by such distinguished ensembles and soloists as the Horszowski Trio, the New York Festival of Song, the Knights, the Bridgehampton Chamber Music Festival, Saint Paul Chamber Orchestra Ensembles, Locrian Chamber Players, Mirror Visions Ensemble, Brooklyn Art Song Society, American Modern Ensemble, the Wisconsin Philharmonic, the Metropolitan Opera tenor Paul Appleby, the flutist Molly Barth, the violinist Frank Almond, and the bassoonists Peter Kolkay and George Sakakeeny. Upcoming performances include a revival of “Mountain Interval” by the Escher String Quartet at Woodstock’s Maverick Concerts; upcoming commissions include a work for the Blair Woodwind Quintet and a piece for solo bassoon to commemorate the centenary of the Curtis Institute.

Before joining the Vanderbilt faculty, Platt was a senior editor and critic for classical music at The New Yorker (2000-2018). He won the ASCAP Deems Taylor Award for Music Criticism in 2010.