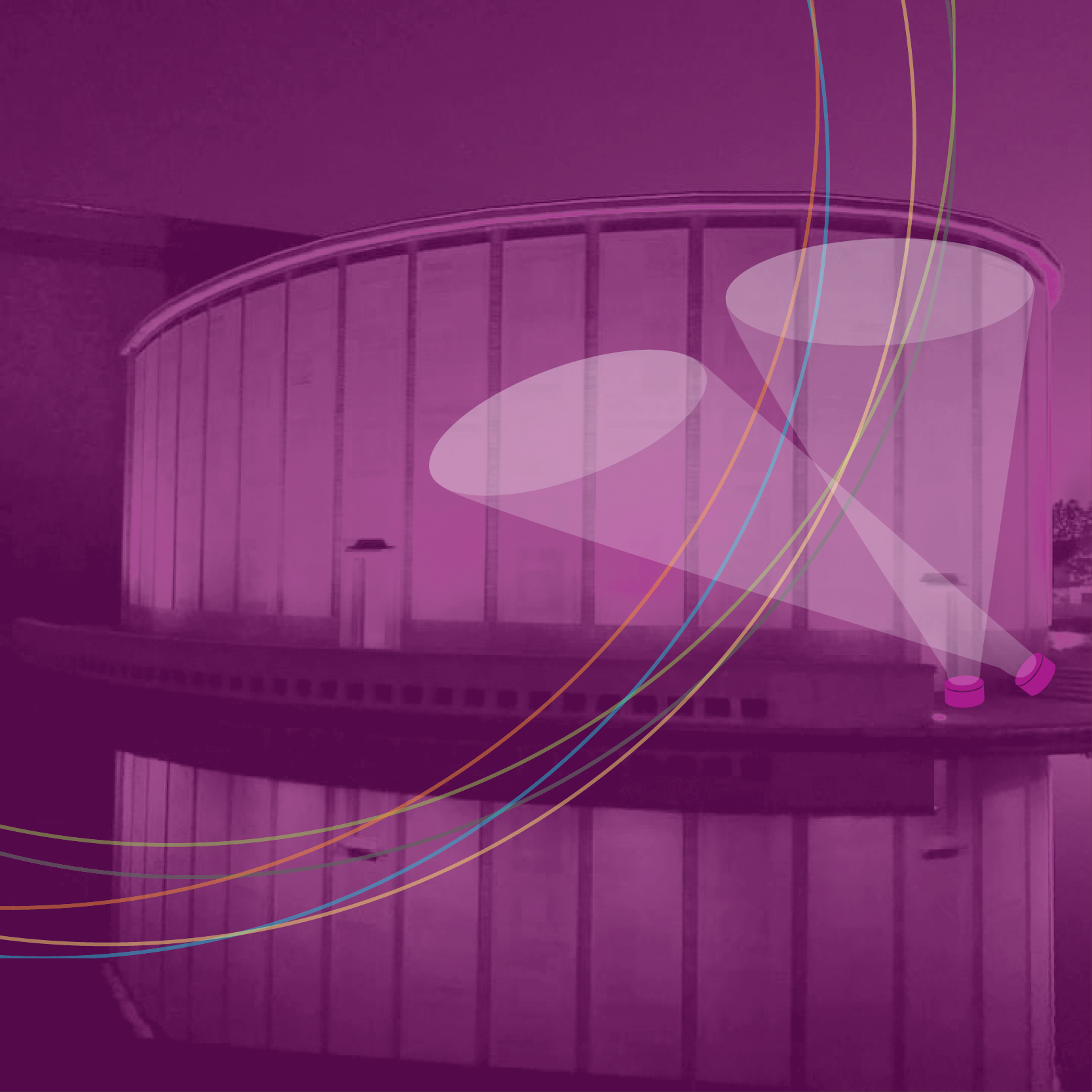 Notice regarding this week’s program:

We have a fantastic BPOnDemand performance for you this week, premiering Saturday, October 3 at 8pm. Our Broadway performers Carole Bufford and Blaine Krauss, along with Buffalo’s own Arin Lee Dandes and Brian Brown from the Second Generation Theatre Company, pianist John Fischer, and producer Scott Coulter of Spot-On Entertainment, will present an evening of Broadway song and celebration, sure to delight! We are disappointed to announce that the orchestra will not be involved with the production, as a member of our team has fallen ill. This decision was made out of an abundance of caution regarding COVID-19 and for the safety and welfare of everyone involved in the performance.

The BPO plans to reschedule ‘Broadway to Buffalo’ later this spring. All tickets will be honored on the rescheduled date, to be announced later. Patrons with questions are encouraged to call the Box Office at (716) 885-5000.

Please note: This week’s repertoire has changed and will be announced as part of the broadcast.

Watch the video below for a special message from Arin Lee Dandes and Brian Brown of Second Generation Theatre Company: 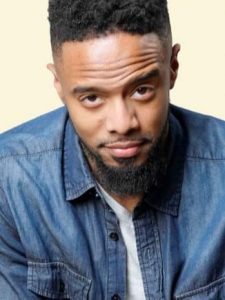 Brian Brown is a graduate of SUNY Fredonia with a BA in Business Administration with a concentration in Music Business. After finding his passion for music and later theatre in middle/high school (Buffalo Academy for the Visual and Performing Arts), Brian has cultivated and grown with various theatres in his native Buffalo community. His past credits include, Hairspray (Seaweed) – Kavinoky Theatre, The Trial of Trayvon Martin (Trayvon)- Subversive Theatre, Smokey Joe’s Cafe (Ensemble)- MusicalFare, and Passing Strange (The Youth) – Ujima Theatre Co (2020 Artie Award Nomination for Best Actor in a Musical). He is currently a company member of Ujima and an original member of national recording gospel choir, God’s Purchase. 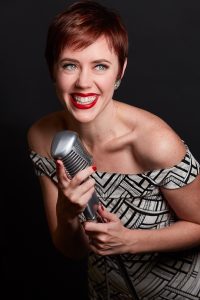 Carole J. Bufford has become one of the most sought after young performers in the New York cabaret & jazz scene, and in 2020 was awarded the prestigious American Traditions Vocal Competition Gold Medal. Her recent shows, Speak Easy, (featuring the Grammy Award-winning Vince Giordano & The Nighthawks) and Body & Soul earned her rave reviews across the board, including The New York Times and The Wall Street Journal. Carole is the recipient of a Nightlife, Bistro and Broadway World Award for Outstanding Vocalist. She has traveled all over the US and recently made her London Debut to great critical acclaim. She was featured in Michael Feinstein’s Great American Songbook series at Jazz @ Lincoln Center and has been spotlighted in numerous Broadway By The Year concerts at NY’s The Town Hall and in California. Carole starred in Scott Siegel’s 11 O’Clock Numbers at 11 O’Clock at Feinstein’s at The Loew’s Regency along with Christina Bianco and Scott Coulter for an incredible eight-month run, one of the longest in Feinstein’s history.  Carole originally hails from Lincolnton, GA where she grew up on healthy doses of Liza Minnelli, Judy Garland, Patsy Cline, Dinah Washington and Bessie Smith. She attended Ithaca College where she majored in Musical Theater. She is a firm believer in honoring, celebrating and teaching the Great American Songbook, both material written yesterday and today. She’d also like someone playing a nasty slide trombone to follow her around punctuating her daily activities. 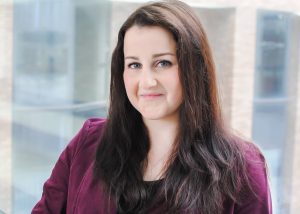 Arin Lee Dandes is thrilled to be performing with the Buffalo Philharmonic Orchestra! She previously sang as a holiday soloist with the BPO under the direction of Maestro Paul Ferington. Arin is a co-founder of Second Generation Theatre and received an Artie Award for Supporting Actress in their inaugural musical, INTO THE WOODS (Little Red Riding Hood). Credits include roles with SGT, the Kavinoky Theatre, Theatre of Youth, MusicalFare, Irish Classical Theatre Company, Jewish Repertory Theatre, Shakespeare in Delaware Park, and more. Loving gratitude to Dad. Much love to Adam. For Mom and Grandma, always. 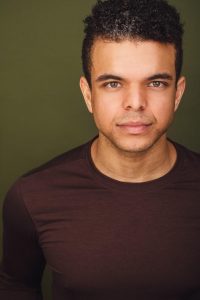 Blaine Alden Krauss is currently appearing in the National Tour of Hamilton as the standby for both Hamilton and Burr. He was thrilled to be part of the second season of Pose which he filmed while appearing in The Cher Show on Broadway. He starred as ‘Lola’ in Kinky Boots shortly after making his Broadway debut in the smash hit Natasha, Pierre and the Great Comet of 1812. Blaine traveled the world as ‘Simba’ in The Lion King and starred in the Radio City Summer Spectacular. Blaine regularly performs with symphonies around the globe and is a regular performer at Feinstein’s/54 Below. His talents led him in 2011 to be a feature performer for the largest Commemoration of 9/11 outside of the U.S at the Trocadero in Paris, France. In 2010 he was selected to be 1 of 20 Presidential Scholars in the Arts by the White House and Presidential Scholar Commission. This venture led to having met President Obama and concluded with a performance at the Kennedy Center in Washington D.C. He was selected to be the Feature Vocalist at the 2010 July 4th Celebration at the US National Archives; was a selected participant at the International Fringe Festival in Edinburgh, Scotland. His theatrical credits include Godspell and Spelling Bee at the West Virginia Public Theatre, Evita, Into the Woods, Civil War, Make Me A Song, Chess, and Jean Valjean in CCM’s Les Miserables. Blaine is a mentor on the faculty of Spot-On Arts Academy (www.spot-onartsacademy) and a proud graduate of the University of Cincinnati College-Conservatory of Music.

John has been a music director and pianist in NYC for the past 19 years. Most recently, he music directed the sold out run at Feinstein’s/54 Below for Tony Award winner Alice Ripley and Tony nominee Emily Skinner’s cabaret show, UNATTACHED, in addition to the live CD recording of the show. This summer marked his sixth season as the music director for the highly-acclaimed musical theatre program at Jacob’s Pillow Dance Festival in the Berkshires. For the past eight years, John has served as music director for the BROADWAY’S RISING STARS and BROADWAY ORIGINALS concerts at Town Hall. He is also a regular fixture at Feinstein’s/54 Below, music directing everything from Sondheim to Schwartz, in addition to the award-winning 54 SINGS series (APPLAUSE, MACK 7 MABEL, KISS OF THE SPIDERWOMAN). Other NY credits include pianist for the recent Broadway revival of WEST SIDE STORY, pianist/conductor for TALK OF THE TOWN Bank Street Theatre, TAKE ME ALONG Irish Rep, NAKED BOYS SINGING New World Stages. Associate MD: AFRICA AND PLUMBRIDGE and ESPRESSO TRASHO NY Fringe Festival, BROADWAY BACKWARDS II & III American Airlines Theatre. Regional Music Director credits include HELLO DOLLY, FUNNY GIRL, THE KING AND I, GYPSY, NO NO NANETTE, THE PIRATES OF PENZANCE, PETER PAN, OLIVER, among others. He has been on staff as a music director or accompanist for Applause NY, AMDA, HB Studios, The New School, The Growing Studio, and the Lee Strasberg Theatre and Film Institute.

For his work in cabaret, Scott Coulter has received five MAC Awards (Manhattan Association of Cabarets & Clubs), five Bistro Awards and two Nightlife Awards for Outstanding Vocalist and has performed at most of NYC’s top rooms. His self-titled debut CD won the 2003 MAC Award for Outstanding Recording and was chosen as the best recording of the year by TheatreMania and Cabaret Scenes magazines. Scott was director and star of A Christmas Carol: The Symphonic Concert in its world premiere with the Baltimore Symphony and reprised his performance in the Emmy-nominated PBS production which premiered in December 2013. He was an Emmy nominee himself for his performance in American Song at NJPAC.

Scott is creator, arranger and director of several touring shows including Music Of  The Knights, You’ve Got A Friend, Blockbuster Broadway!, The Fella Sings Ella, The King: The Music Of Elvis and, for The ASCAP Foundation, Jerry Herman: The Broadway Legacy Concert. As a director, his credits include many shows for The Town Hall in New York (Broadway By The Year, Broadway’s Rising Stars, Broadway Originals, Broadway Unplugged) and BBTY for The Berkshire Theatre Festival and Broadway by the Bay. Along with Michael Kerker and ASCAP, he’s a regular producer/director of Michael Feinstein‘s Standard Time at Carnegie Hall. Scott recently wrote the book for the musical Got To Be There, which celebrates the life and music of songwriter Elliot Willensky.

Scott is founder/owner of Spot-On Entertainment and is a resident director of programming at 54 Below (Broadway’s Supper Club) in NYC. He is Artistic Director of the Pocono Mountains Music Festival and a graduate of the Cincinnati College-Conservatory of Music.