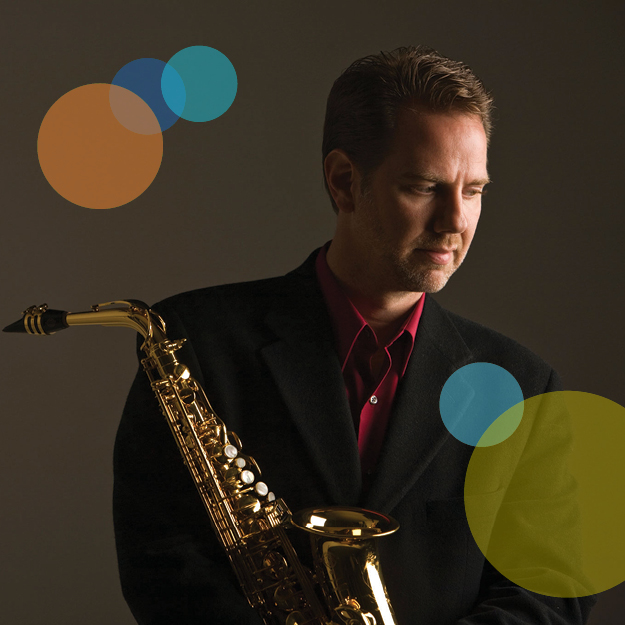 Originally a military instrument and later adopted by jazz, the saxophone can be as beautifully melodic as a violin or a clarinet, yet somehow never found a permanent home in the traditional orchestra. In this inventive performance with renowned conductor Thomas Wilkins on podium, the sax busts boundaries, becoming the featured woodwind of Fuchs’ Rush and Glazunov’s Concerto for Alto Saxophone, both brilliantly executed by top classical saxophonist Timothy McAllister. Walker’s Lyric for Strings (reminiscent of Samuel Barber’s Adagio) and Mendelssohn’s joyful and familiar “Italian” symphony bring this performance home.

Come one hour prior to these concerts to hear directly from the artists in “Musically Speaking.”

Thomas Wilkins is Music Director of the Omaha Symphony, a position he has held since 2005. Additionally, he is Principal Conductor of the Hollywood Bowl Orchestra, and holds the Germeshausen Family and Youth Concert Conductor Chair with the Boston Symphony. In August of 2017 he assumed the Henry A. Upper Chair of Orchestral Conducting established by the late Barbara and David Jacobs as a part of Indiana University’s “Matching the Promise Campaign.” Past positions have included resident conductor of the Detroit Symphony and Florida Orchestra (Tampa Bay), and associate conductor of the Richmond (VA) Symphony. He also has served on the music faculties of North Park University (Chicago), the University of Tennessee in Chattanooga, and Virginia Commonwealth University in Richmond.

Following his highly successful first season with the Boston Symphony, the Boston Globe named him among the “Best People and Ideas of 2011.” In 2014, Wilkins received the prestigious “Outstanding Artist” award at the Nebraska Governor’s Arts Awards, for his significant contribution to music in the state. And in March of 2018, the Longy School of Music will award Thomas Wilkins the Leonard Bernstein Lifetime Achievement Award for the Elevation of Music in Society.

His commitment to community has been demonstrated by his participation on several boards of directors, including the Greater Omaha Chamber of Commerce, the Charles Drew Health Center (Omaha), the Center Against Spouse Abuse in Tampa Bay, and the Museum of Fine Arts as well as the Academy Preparatory Center both in St. Petersburg, FL. Currently he serves as chairman of the board for the Raymond James Charitable Endowment Fund and as national ambassador for the non-profit World Pediatric Project headquartered in Richmond, VA, which provides children throughout Central America and the Caribbean with critical surgical and diagnostic care.

Hailed by The New York Times as a “virtuoso…one of the foremost saxophonists of his generation,” “brilliant” (The Guardian, UK), and “a sterling saxophonist” (The Baltimore Sun), TIMOTHY McALLISTER is one of today’s premier concert soloists and soprano chair of the acclaimed PRISM Quartet. He serves as Professor of Saxophone at The University of Michigan School of Music, Theatre and Dance. Additionally, he spends his summers as distinguished artist faculty of the Interlochen Arts Camp (MI), and regularly performs with the Chicago Symphony Orchestra and the Cabrillo Festival Orchestra. He has recently been featured with the Los Angeles Philharmonic, St. Louis Symphony, Baltimore Symphony, Sao Paulo State Symphony Orchestra, Milwaukee Symphony, Sydney Symphony Orchestra, Melbourne Symphony, National Symphony, Toronto Symphony, Tokyo Wind Symphony, Dallas Wind Symphony, and United States Navy Band, among others. McAllister’s work can be heard on the Nonesuch, Deutsche Grammphon, Naxos, OMM, Stradivarius, Centaur, AUR, Albany, New Dynamic, Equilibrium, New Focus and Innova record labels.