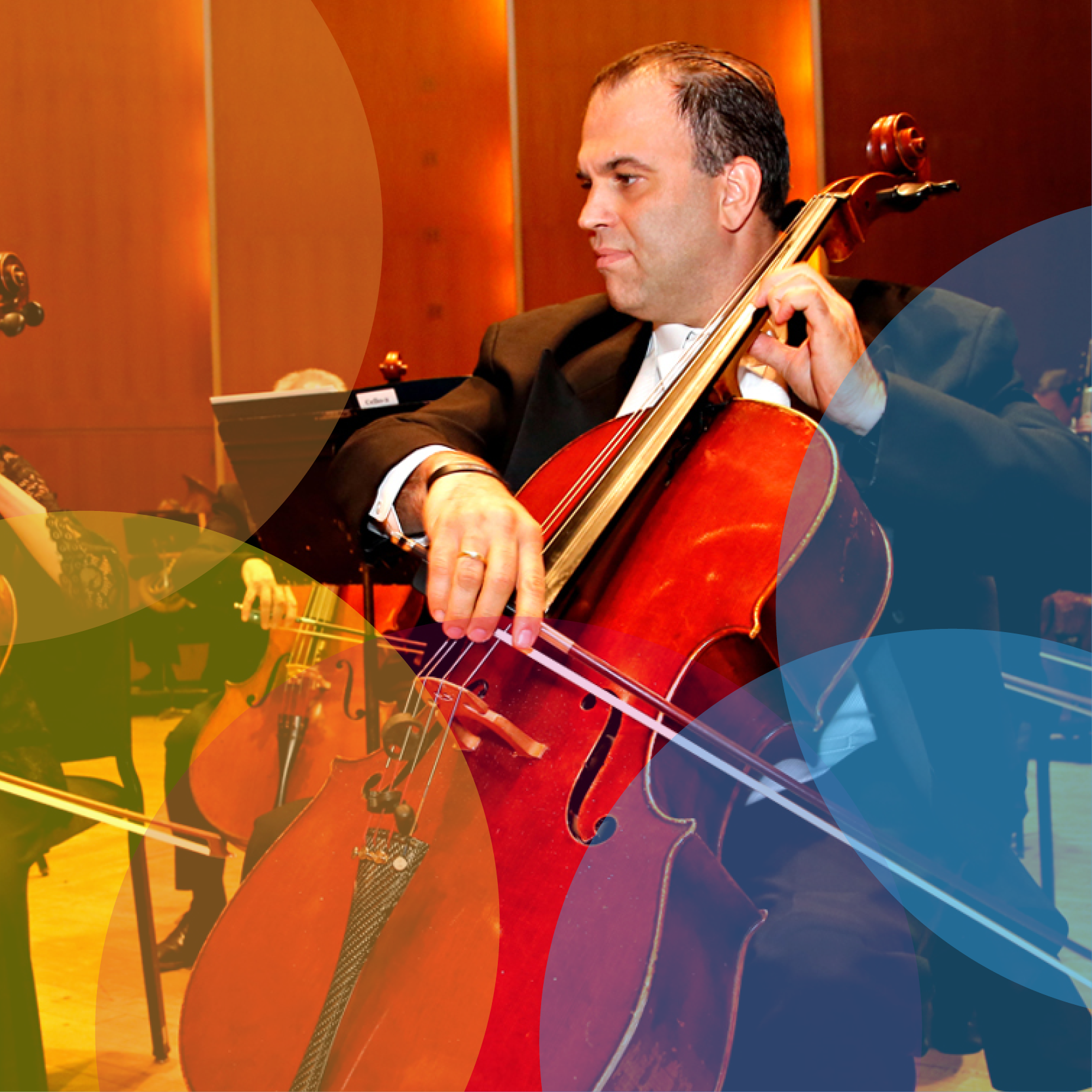 Note: There has been a change in the repertoire for this concert. The title of this program was formerly “Rachmaninoff & Kodály.”

The most famous of English compositions, Elgar’s always witty and radiant Enigma Variations, complements a Kodály idyll for chamber orchestra, and the haunting Hebraic Rhapsody for Cello, Schelomo, titled after the Hebrew name for Solomon and the lessons of life he pondered. 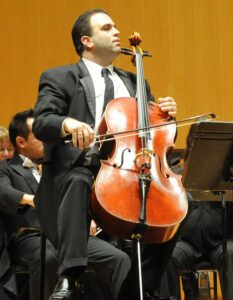 A native of Leningrad, Russia, Roman Mekinulov began cello studies at the age of five at the Leningrad Music School. At age 12 and 14, he was a winner of the Young Artists Competition of Leningrad. In 1985, he was presented in the Winner’s Showcase Series at Leningrad’s Great Philharmonic Hall. At age 16, Mekinulov entered the Rimsky-Korsakov College where he studied with Georgy Ginovker. As a chamber musician, he performed with various ensembles, and in 1988 was awarded First Prize in the Leningrad Chamber Music Competition.

In 1989, he immigrated to the United States and continued his studies at the Juilliard School in New York, where he has successfully accomplished Bachelor’s and Master’s Degrees under scholarship in the class of Professor Harvey Shapiro. As a result of winning the 1992 Young Artists International Auditions Cello Award, Roman presented his New York Recital – Debut in Carnegie’s Weill Recital Hall in April of 1993, and since the 1995-96 season, he has been repeatedly invited to substitute in the New York Philharmonic under their music director, Kurt Masur, and other guest conductors, in concert as well as on recordings for Teldec.

As an active recitalist, chamber musician, and concerto soloist, Roman has performed extensively throughout the United States, Italy, Austria, Hungary, Germany, France, Greece, Denmark, and Switzerland, as well as his native Russia. He has appeared as a principal cellist of the Juilliard Symphony and Orchestra under Kurt Masur, Hugh Wolf, and Leonard Slatkin, the North Carolina Symphony in their European Tour, as well as the Schleswig-Holstein Festival Orchestra in Germany with such conductors as Rostropovich, Menuchin, and Eschenbach.

In 1998 Mekinulov was appointed principal cellist of the Orquestra Sinfonica do Estado de Sao Pauloin Brazil, and in September of 2001 he was nominated for the prestigious Carlos Gomes Prize in the “Best Instrumentalist of the Year” category.

In 2001 Mekinulov was appointed principal cellist of Buffalo Philharmonic Orchestra, where in the past several years he has been featured numerous times as soloist with the orchestra, and appeared in over 60 concerts of chamber music around Western New York as well as with Jupiter Chamber Players in New York City. In 2015, Concierto en Tango, written for Mekinulov by Miguel del Aguila and performed and recorded with the BPO, was nominated for a Latin Grammy. Recent engagements include concerto appearances with the Virginia Symphony, Albany Symphony, and Erie Chamber Orchestra as well as the US premiere of Krzysztof Penderecki’s Concerto doppio with the BPO.

Roman maintains a robust teaching studio and is a founding member and Artistic Director of the Bravo International Chamber Music Workshop for high school and college students. He resides in Amherst with his wife Sebnem, a lyric soprano, and their two children, Talia and Benjamin.