Gospel According to Swing with Byron Stripling 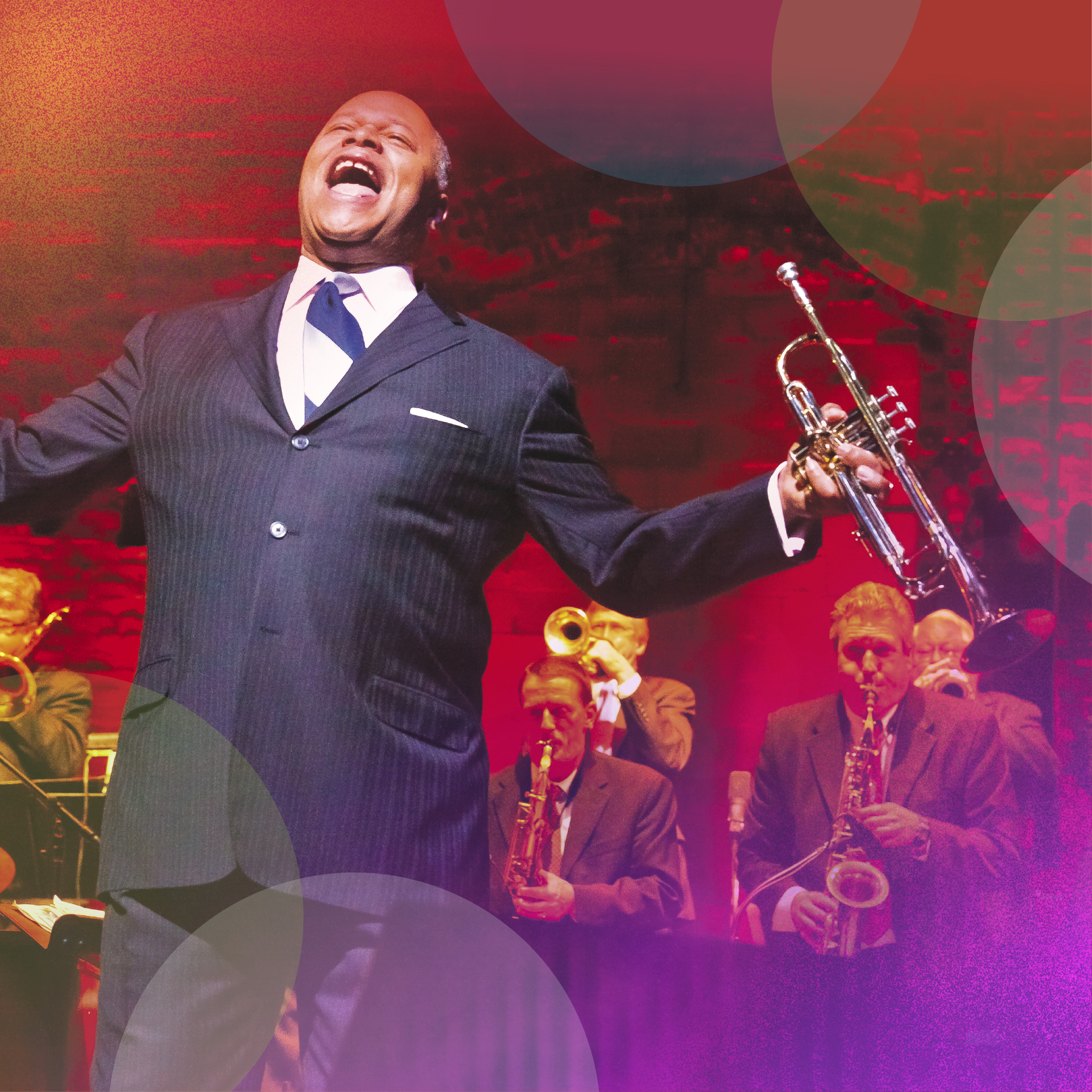 A jubilant concert experience bursting with the spirit of gospel music, and bubbling with the influences of jazz and blues, including He’s Got the Whole World, Go Tell It On the Mountain, and Amazing Grace. From Mahalia Jackson to Aretha Franklin, through the influences of Bessie Smith and Duke Ellington, this stirring concert will set your soul on fire!

Enjoy dinner before the show at Marcato by SEAR, conveniently located on the lower level at Kleinhans. Call (716) 877-9662 to make your reservation for Saturday evening.

The Holy City
Walk Around Heaven
Nobody Knows the Trouble I’ve Seen
You’ve Been So Good to Me
Jelly, Jelly
Down by The Riverside
Birth of The Blues
Amen/This Little Light
Go Tell It On The Mountain 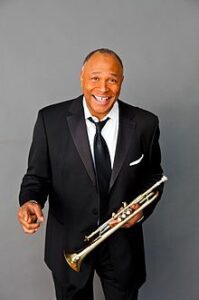 With a contagious smile and captivating charm, conductor, trumpet virtuoso, singer, and actor BYRON STRIPLING, has ignited audiences across the globe. Recently named Principal Pops conductor of the Pittsburgh Symphony Orchestra, his baton has led orchestras throughout the United States and Canada. As soloist with the Boston Pops Orchestra, Stripling has performed frequently under the baton of Keith Lockhart, as well as being featured soloist on the PBS television special, “Evening at Pops,” with conductors John Williams and Mr. Lockhart. Currently, Stripling serves as artistic director and conductor of the highly acclaimed Columbus Jazz Orchestra.

Since his Carnegie Hall debut with Skitch Henderson and the New York Pops, STRIPLING has become a pops orchestra favorite throughout the country, soloing with over 100 orchestras around the world including the Boston Pops, National Symphony, Pittsburgh Symphony, Dallas Symphony, Cincinnati Pops, Seattle Symphony, Baltimore Symphony, Minnesota Orchestra, St. Louis Symphony, Vancouver Symphony, Toronto Symphony, and orchestras throughout Europe and Asia. He has been a featured soloist at the Hollywood Bowl and performs at festivals around the world.

An accomplished actor and singer, STRIPLING was chosen, following a worldwide search, to star in the lead role of the Broadway-bound musical, “Satchmo.”  Many will remember his featured cameo performance in the television movie, “The Young Indiana Jones Chronicles,” and his critically acclaimed virtuoso trumpet and riotous comedic performance in the 42nd Street production of “From Second Avenue to Broadway.”

Television viewers have enjoyed his work as soloist on the worldwide telecast of The Grammy Awards.  Millions have heard his trumpet and voice on television commercials, TV theme songs including “20/20,” CNN, and soundtracks of favorite movies. In addition to multiple recordings with his quintet, work with artists from Tony Bennett to Whitney Houston, his prolific recording career includes hundreds of albums with the greatest pop, Broadway, soul, and jazz artists of all time.

STRIPLING earned his stripes as lead trumpeter and soloist with the Count Basie Orchestra under the direction of Thad Jones and Frank Foster.  He has also played and recorded extensively with the bands of Dizzy Gillespie, Woody Herman, Dave Brubeck, Lionel Hampton, Clark Terry, Louis Bellson, and Buck Clayton, in addition to The Lincoln Center Jazz Orchestra, The Carnegie Hall Jazz Band, and The GRP All Star Big Band.

STRIPLING is devoted to giving back and supports several philanthropic organizations including The United Way and Homelessness advocate and The Community Shelter Board. He also enjoys sharing the power of music through Seminars and Master Classes at colleges, universities, conservatories, and high schools.  His informative talks, combined with his incomparable wit and charm, make him a favorite guest speaker to groups of all ages.

STRIPLING was educated at the Eastman School of Music in Rochester, New York and the Interlochen Arts Academy in Interlochen, Michigan.  One of his greatest joys is to return, periodically, to Eastman and Interlochen as a special guest lecturer.

A resident of Ohio, STRIPLING lives in the country with his wife Alexis, a former dancer, writer, and poet and their beautiful daughters.

Get to know Byron Stripling – click the video below to watch! 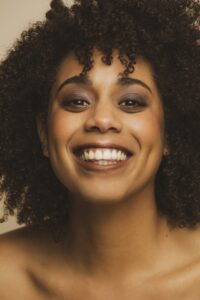 Sydney McSweeney’s distinctive jazz, gospel, and pop vocal stylings have made her one of the country’s hottest young vocalists. Her dynamic performances with the Columbus Jazz Orchestra have been described as “stunningly beautiful,” and her standing-room-only night club performances have become a favorite of audiences across the country. Although her schedule is jam-packed with recording sessions and performances, as a devoted teacher, she still carves out time to nurture the talents of her many students. When Sydney isn’t singing or teaching, she loves spending time under the warm covers of her bed watching movies. 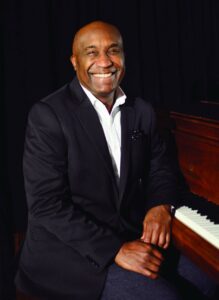 Bobby Floyd’s talent has launched him into a very rewarding career, putting him in demand and making him one of the favorite, first-call pianists/organists for many well-known artists. He has traveled the world accompanying Ray Charles on piano and organ. He currently makes guest appearances with some of the most distinguished orchestras, including The Boston Pops, The Rochester Philharmonic, and The Detroit Symphony. He is presently the feature pianist for the world-famous and legendary Count Basie Orchestra. He also tours nationally and internationally as organist for the Grammy Award winning Dr. John.

The prestige associated with Floyd’s worldwide appearances can also be witnessed at home. In his hometown of Columbus, Ohio, Bobby is the feature pianist & organist with the Columbus Jazz Orchestra under the direction of Byron Stripling, where he has performed with a large number of major artists. He is occasionally featured with The Columbus Symphony Orchestra, and other arts organizations and venues throughout Columbus and Ohio.

He has also completed several recordings that can be purchased at many of the major online services including amazon.com, iTunes, and cdbaby. Bobby’s recordings and live performances demonstrate his ability to electrify audiences and have received the highest praise from critics and musicians alike. 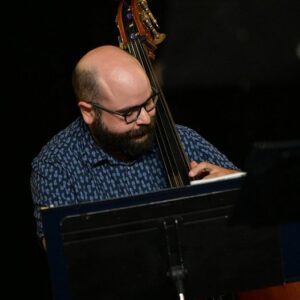 Joe Goehle is greatly in demand as a versatile musician and creative composer within the greater NY area and beyond. His love of improvised sounds and firm roots in the classical tradition blend together to form a unique voice as a performer and composer. The bassist brings a strong and complex tone to all of his compositions, allowing new interpretations to breathe life into each performance.

He holds a B.M. in Music Education from the Crane School of Music at SUNY Potsdam and an M.M. in Jazz Performance from New York University, where he studied with notable bassists John Geggie and Drew Gress. Joe is currently the 7th-12th Grade Director of Orchestras in the Brockport Central School District. Joe’s debut album, Cerebral People (2016), features collaborative compositions that explore free improvisation within the context of a large ensemble. More information can be found at www.joegoehle.com