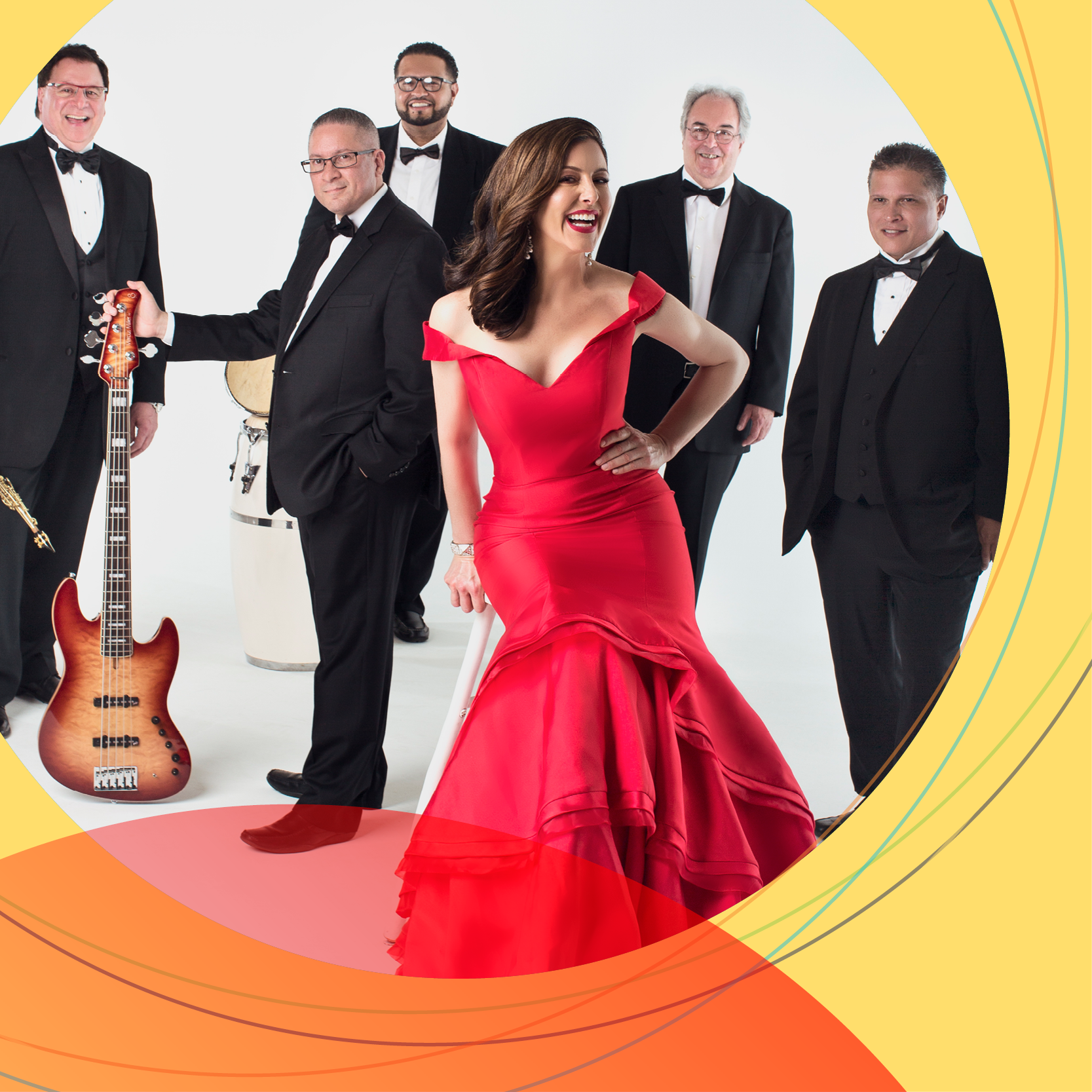 Trumpeter, arranger, and conductor, Jeff Tyzik, currently serves as Principal Pops Conductor of the Rochester Philharmonic Orchestra. Known for his inventive programming, this concert recreates a sultry, passionate evening of Latin music from Cuba, Spain, and Argentina, from steamy tangos to seductive ballads. 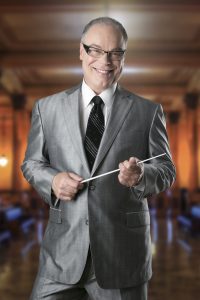 GRAMMY Award winner Jeff Tyzik is one of America’s most innovative and sought after pops conductors, recognized for his brilliant arrangements, original programming, and engaging rapport with audiences of all ages. Tyzik holds the Principal Pops Conductor’s podium at the Dallas Symphony Orchestra and serves as Principal Pops Conductor of the Detroit Symphony, the Oregon Symphony, and The Florida Orchestra. This season, Tyzik celebrates his 23rd season as Principal Pops Conductor of the Rochester Philharmonic Orchestra. Frequently invited as a guest conductor, Tyzik has appeared with over fifty orchestras including the Boston Pops, Cincinnati Pops, Milwaukee Symphony, Pittsburgh Symphony, Toronto Symphony, Indianapolis Symphony, Philadelphia Orchestra, Los Angeles Philharmonic, Orchestre Philharmonique de Monte Carlo, Malaysian Philharmonic Orchestra and the Royal Scottish National Orchestra. As an accomplished composer and arranger, Tyzik has had his compositions recorded by the London Symphony Orchestra, Erich Kunzel and the Cincinnati Pops Orchestra, the Rochester Philharmonic Orchestra, the Vancouver Symphony, and Doc Severinsen with the Royal Philharmonic Orchestra in London. He has also produced and composed theme music for many of the major television networks, and released six of his own albums on Capitol, Polygram and Amherst Records. He produced a GRAMMY Award winning album, The Tonight Show Band with Doc Severinsen, Vol. 1. Tyzik’s subsequent recordings with Severinsen garnered three more GRAMMY nominations. In his twenty-two years with the Rochester Philharmonic Orchestra, Tyzik has written over 200 arrangements, orchestrations, and compositions for orchestra. He has also been commissioned to compose original works for orchestra, including a Trombone Concerto, funded by a grant from the National Endowment of the Arts and subsequently performed at Carnegie Hall. Tyzik conducted the world premiere of his original work New York Cityscapes with the Royal Scottish National Orchestra in 2010. Tyzik composed a Timpani Concerto, commissioned by the RPO, and also led the RPO in the premiere of his new orchestral suite, “Images: Musical Impressions of an Art Gallery” to rave reviews. In the 2015/16 season, Tyzik premiered his new work “Jazz Concerto for Violin and Orchestra” with the Rochester Philharmonic Orchestra. A native of Hyde Park, New York, Tyzik began his life in music when he first picked up a cornet at age nine, and went on to earn both his Bachelor’s and Master’s degrees from the Eastman School of Music. While there, he studied composition/arranging with Radio City Music Hall’s Ray Wright and jazz studies with Chuck Mangione. Tyzik subsequently toured with Mangione as lead trumpet and worked on five Mangione recordings as a producer and performer. Committed to performing music of all genres, Tyzik has collaborated with such diverse artists as Megan Hilty, Chris Botti, Matthew Morrison, Wynonna Judd, Tony Bennett, Art Garfunkel, Dawn Upshaw, Marilyn Horne, Arturo Sandoval, The Chieftains, Mark O’Connor, Doc Severinsen, and John Pizzarelli. Tyzik has created numerous original programs that include the greatest music from jazz, classical, Motown, Broadway, film, dance, Latin, and swing. For more information about Jeff Tyzik, please visit www.jefftyzik.com

In collaboration with artists ranging from Yo-Yo Ma to Sting, Soprano Camille Zamora has garnered acclaim for her “dramatic and nuanced” (The New York Times) interpretations of repertoire ranging from Mozart to tango. She is known for her “dignity and glowing sound” (The New York Times) in “luminous, transcendently lyrical” performances (Opera News) that “combine gentility and emotional fire” (The Houston Chronicle).

Hailed by the Congressional Hispanic Caucus and NBC Latino as a leading interpreter of classical Spanish song, Camille has performed on five continents, in venues ranging from Carnegie Hall to Zimbabwe’s Harare International Festival, and in live broadcasts on PBS, Deutsche Radio, and the BBC. She has headlined with ensembles including London Symphony Orchestra, American Symphony Orchestra, and St. Louis Symphony in works ranging from Bach to Bernstein to boleros. Her recent albums, If the night grows dark and The Last Sorcerer, debuted in Billboard’s Classical Top Ten, and her recording of Hindemith’s opera The Long Christmas Dinner topped The New York Times’ Classical Playlist and was one of Opera News’ Best Recordings of the Year.

A graduate of The Juilliard School, Camille is the Co-Founder of Sing for Hope, a leading “arts peace corps” that presents initiatives, such as NYC’s Sing for Hope Pianos, that make the arts accessible to all. Camille has performed at the US Capitol and The United Nations, been honored with a Congressional Hispanic Caucus Recognition and a Kennedy Center Citizen Artist Award, and been named one of CNN’s Most Intriguing People.

Together since 1995, Mambo Kings are enjoying great success as Upstate New York’s foremost Latin jazz ensemble, and have rapidly earned a national reputation for their explosive blend of Afro Cuban rhythms and jazz improvisation.

Since their orchestral debut in 1997 with the Rochester Philharmonic and Conductor Jeff Tyzik, Mambo Kings have appeared at the Bravo! Vail Valley Music Festival and in Pops concerts with orchestras in Baltimore, Vancouver, Detroit, Dallas, Naples (FL) and Portland (OR), among many others, performing original compositions and arrangements by pianist Richard DeLaney.

As a quintet, Mambo Kings have appeared as featured soloists at the Xerox Rochester International Jazz Fest, the Music in The Mountains Festival in Colorado, the Lewiston (NY) Jazz Fest, and the Big Sky Arts Fest in Bozeman, MT.

2017 included return performances with the Vancouver (BC) and Dallas Symphony Orchestras. The 2018 season featured shows with the Spokane and Louisville Symphonies, the Rochester Philharmonic and the New Jersey Symphony.

The 2019 season featured performances with the Alabama Symphony, a sold-out concert with the Grant Park Music Festival in Chicago and a show with the Des Moines Symphony.

Musical Director Richard DeLaney, a native of Lima, Peru, has been active as a jazz pianist, arranger and composer in Rochester since earning a Master’s Degree from the Eastman School of Music in 1978. He has written and performed music for film, television, the stage and the concert hall. He has performed with the Rochester Philharmonic and the Rochester Chamber Orchestra, as well as with Paquito D’Rivera, Bobby Sanabria and numerous bandleaders in Rochester. Richard joined the piano faculty of the Hochstein School of Music in 1985 and has directed the school’s Jazz Ensemble Program since 2001. He is currently coaching two student jazz ensembles. He received the Faculty Service Award in 1996.

Saxophonist John Viavattine has been an accomplished woodwind specialist in Rochester for many years. John has toured with the Glenn Miller Orchestra, including a memorable performance in Washington, D.C. at President Reagan’s 1980 Inaugural Ball. John has also performed with Chuck and Gap Mangione, Jeff Tyzik and the Rochester Philharmonic, The Temptations, Ray Charles, Patti Page, Connie Francis, Vic Damone and Lou Rawls.

Bassist Hector Diaz has been playing with bands in the Western New York area since the age of thirteen. He has performed with Ismael Miranda, Hector Tricoche, “El Cano” Estremera, Paquito Acosta, Zafra Negra, Luisito Rosario, Wendell Rivera and Johnny Rivera. While in the Army, Hector toured with an All Soldiers show throughout Army bases in South Korea.

Percussionist Tony Padilla (congas) was born and raised in Rochester. A self-taught percussionist, he began playing at age 12 and has been performing professionally since the age of 14. Tony has played with such artists as Paquito De Rivera, Steve Gadd, Peter Erskine, Arturo Sandoval, Jerry Gonzalez, Lou Gramm, The Maelstrom Percussion Ensemble and The Rochester Philharmonic Orchestra. Since 1983, Tony has been conducting clinics/workshops throughout United States, including The Eastman School of Music, The New York State Teachers Music Association, The Percussive Arts Society, and a variety of colleges and high schools.