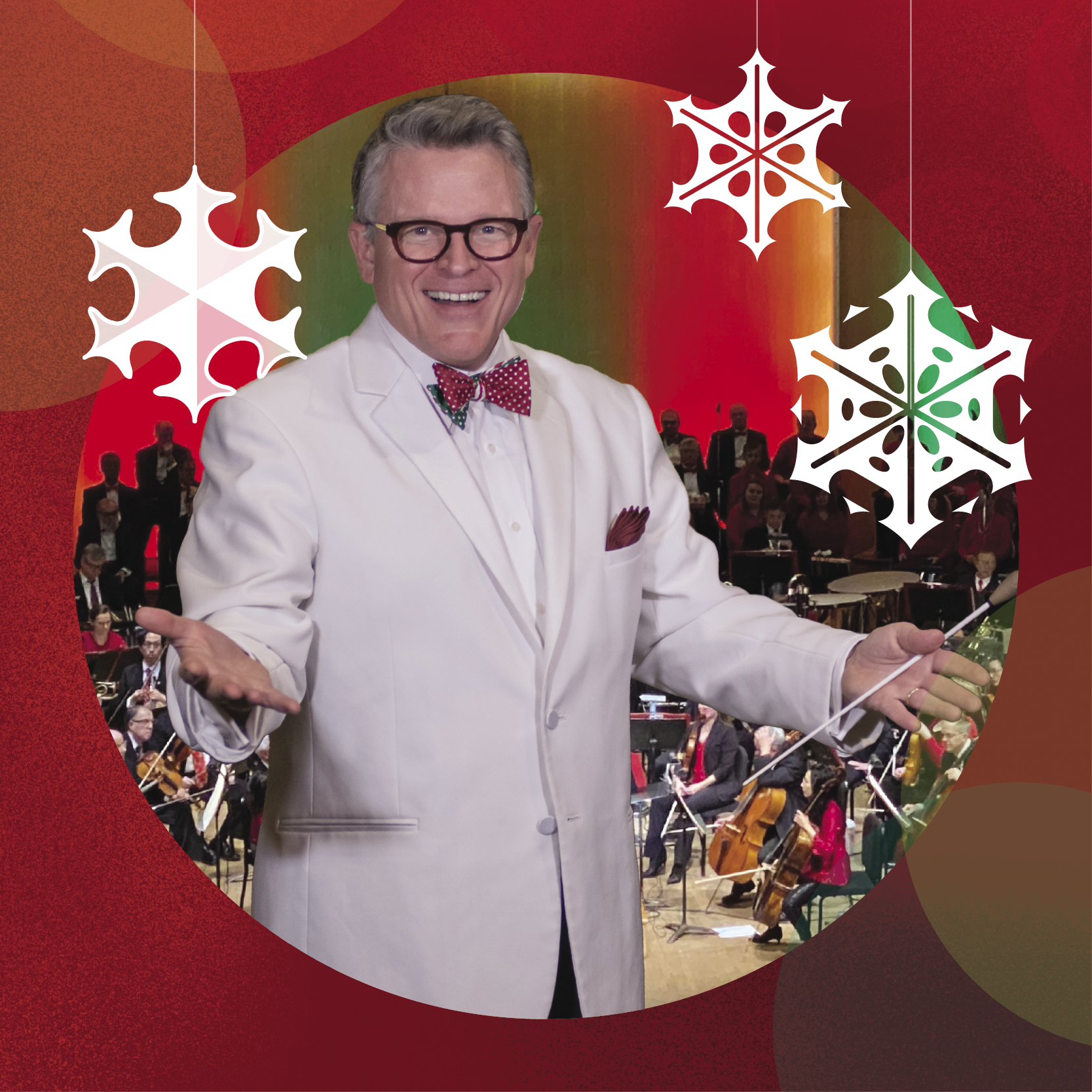 Celebrate the holidays with “Mr. Christmas” himself, Principal Pops Conductor John Morris Russell! Your BPO performs swinging and soulful renditions of popular favorites  “I’ve Got My Love to Keep Me Warm,” “Have Yourself a Merry Little Christmas,” and Donny Hathaway’s classic, “This Christmas,” with vocals by Buffalo native George Brown. Selections from Duke Ellington’s jazzy take on The Nutcracker, to Leroy Anderson’s “Sleigh Ride,” will feature the dazzling Darlene Ceglia Dance Project. Buffalo’s sensational Celtic band, Normal Street Entrance and traditional carol sing-along round out a program that is as eclectic as it is fun and festive. 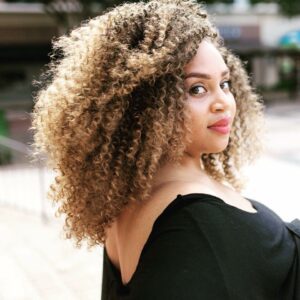 Erica Gabriel received her Bachelor’s Degree in Vocal Performance and Pedagogy from Oakwood University and holds a Master’s in Voice Performance from the University of Michigan. Currently, she is pursuing her Doctorate of Musical Arts at the University of Kentucky. She has performed with the Chicago Symphony orchestra, the Jacksonville Symphony, the Savannah Philharmonic, the Jackson Symphony, as well as the Hilton Head Symphony Orchestra.

She was cast in Ravinia’s production of Bernstein’s Mass under the baton of Marin Alsop, which Aired on the PBS Television Network as a part of their “Great Performances” series. She has also toured with the renowned American Spiritual Ensemble, under the direction of Dr. Everett McCorvey. 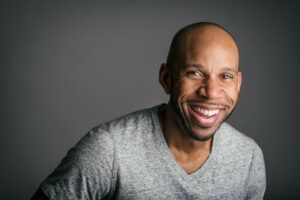 George is honored to once again be on stage with the BPO. George is from Buffalo, NY, where he was born and raised and began his professional career. He is truly thankful for the support from family and friends and gives all glory and honor to God! Founder and director of God’s Purchase gospel choir (national recording artist out of Buffalo, NY). He was most recently on the first national tour of the Broadway musical Once on this Island: The Musical (Armand). Other credits include – National tours: Elf: The Musical (Mr. Greenway). Regional: Ragtime (Booker T. Washington), Ain’t Misbehavin’ (US Ken & Andre), Sight and Sound Theatres, Gospel at Colonus (Preacher/Baladeer), Rent (Tom Collins), Pageant: The Musical (Miss Deep South).  @Downtowngebrown 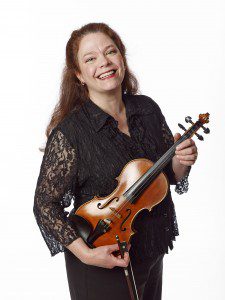 Amy was born in Richland, Washington, where she began fiddling at five years old accompanied by her Granddad who played the bass. When she was eight she competed in the National Junior Fiddling competition, finishing third behind thirteen-year-old Mark O’Connor. Her family moved to the East Coast where Amy’s fiddling took a classical turn. Amy attended the New School of Music in Philadelphia where she studied with Jascha Brodsky. She spent her summers at Meadowmount studying with Sally Thomas and David Cerone. While being coached by Orlando Cole at the New School of Music, her quartet took First Place in the Junior Division of the Fischoff National Chamber Music Competition. That year she was named a Winner of the WFLN Young Instrumentalists Competition.

In 1983 she enrolled in Curtis Institute of Music in Philadelphia where she studied under Brodsky and Aaron Rosand. In 1986 she was the winner of the National Symphony Orchestra Young Soloist Competition, and she made her solo debut with the National Symphony that year. Her summers included studying with the Tokyo String Quartet as part of the Norfolk Chamber Music Festival, and she then studied with the American String Quartet as part of the Taos School of Music Chamber Music Festival in 1987 and 1988.

After graduating from Curtis in 1988, Amy joined the Buffalo Philharmonic Orchestra. Amy has performed with the Ars Nova Musicians, Buffalo Chamber Music players, and enjoyed countless local performances in duets and trios. She has had the opportunity to solo with the BPO many times around the Western New York area. 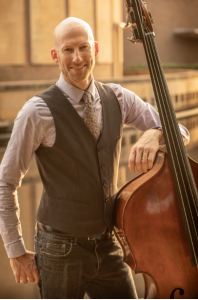 Double bassist Brett Shurtliffe is the Associate Principal with the Buffalo Philharmonic Orchestra. Brett received his Bachelor of Music degree and the prestigious Performer’s Certificate from the Eastman School of Music, where he studied with James VanDemark, and his Master of Music degree from Duquesne University, where he studied with Jeffrey Turner. In 2003, he was the only American Prizewinner at the International Society of Bassists Solo Competition, and two years later, took 1st prize at the ISB Orchestral Competition. Other honors include 1st prize PADEASTA Solo Competition, and Top Honors for Double Bass at the National ASTA Solo Competition. Since joining the Buffalo Philharmonic Orchestra in 2007, Brett has appeared numerous times as a soloist with the BPO, as well as with the Amherst Symphony, the National Repertory Orchestra, and the orchestra of SUNY Cortland. In 2001, he was co-creator and soloist in Heresy, a new music concert conducted by Rochester Philharmonic’s Jeff Tyzik.

Brett’s playing has been described as “immaculate” in a 2012 Bass World review, and “Not even Johann Sebastian shredded as hard as this guy” were the accolades from an imaginative recital at a downtown Buffalo night club in 2012. His recital engagements have taken him to many unique venues across the U.S. and Canada. Before joining the BPO, he performed with the Chautauqua, Erie, Detroit, and Pittsburgh Symphonies. Apart from performing, he has commissioned new works for the double bass, as well as creating numerous transcriptions of his own including Bazzini’s Round of the Goblins, Kabalevsky’s 1st Cello Concerto, and Sarasate’s Zigeunerweisen. Brett has served as Adjunct Professor of Double Bass at The Eastman School of Music, SUNY Fredonia, and Grove City College. Along with his current private studio, he serves as Adjunct Professor of Double Bass at Canisius and Houghton Colleges, and is on faculty at the International Festival Institute in Round Top, Texas. He currently resides in Boston, NY with his wife Andrea and their two daughters, Madelyn and Ashlyn. 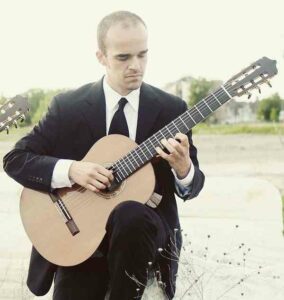 Matthew Sperber has been instructing guitar in the Buffalo area since 2005 and is currently on the faculty at The Castellani-Andriaccio Guitar Studios in Snyder, NY, where he teaches students of all ages in Suzuki and traditional guitar methods. He attended SUNY University at Buffalo, earning a Bachelor of Arts degree in Music History in 2006 and a Master of Music in Guitar Performance in February 2010. There, he studied under world-renowned guitarist, Joanne Castellani.

In 2007, Matthew traveled to Hartford, CT to attend a week-long training seminar in the Suzuki method under the late Frank Longay. There, he was introduced to the encouraging and engaging environment of a Suzuki guitar studio. He observed and participated in a number of guitar lessons where he also worked with other notable Suzuki pedagogues such as David Madsen and MaryLou Roberts.

Today, along with teaching the guitar, Matthew is an active performer both as a solo artist and chamber music guitarist. He is a part of the music ensemble at St. Thomas Aquinas and St. Martin of Tours Churches in South Buffalo where he performs at weekly masses, and recently he performed solo classical guitar recitals at St. Paul’s Episcopal Cathedral and St. Thomas Aquinas Church. A highlight of Matthew’s chamber music experience has been performing alongside the Castellani-Andriaccio Guitar Duo as a member of the classical guitar ensemble, Saltarello, and as a trio for the annual “Friends of Falletta” event in 2018.

In March of 2016, Matthew was honored to perform selections from “The Birthday of the Infanta” by Franz Schreker with the Buffalo Philharmonic Orchestra under the direction of JoAnn Falletta. He was invited back to perform with the BPO in their 2017 “Holiday Pops” concert as a soloist with the Irish music trio, “Normal St. Entrance.”

Since opening in 1992, Darlene Ceglia’s Dance Project has been setting the standard by combining meticulous fundamental technique, cutting-edge innovation, and a loving and nurturing approach.

The entire staff at Darlene Ceglia’s Dance Project© is committed to providing the best possible training for each and every student in a fun, healthy, and nurturing environment. We hope to have a profound positive impact on our students in other areas of life as well, feeling that the true benefit of dance class accrues in the daily life of the dance student. A small percentage will go on to a professional career, but the confidence, poise, and self-assuredness gleaned through dance training remains forever. 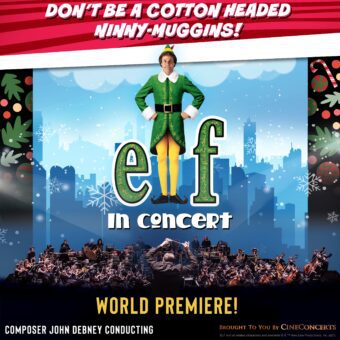 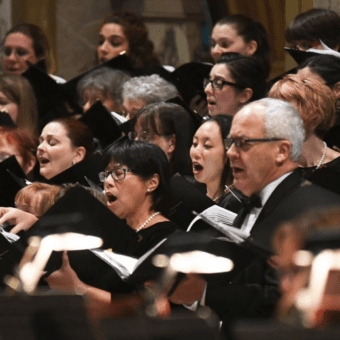 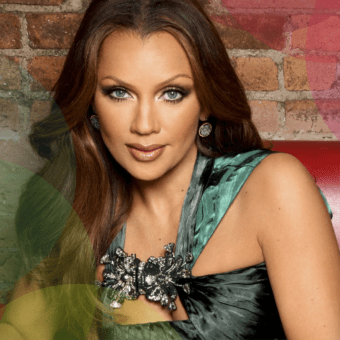