Leonard Slatkin, world-renowned conductor and former music director of the Detroit Symphony Orchestra, personally requested a stop in Buffalo on his world tour of orchestras of his career. He conducts George Li, whom the Washington Post calls “staggering,” on Grieg’s instantly recognizable Piano Concerto No. 1. Cindy McTee’s percussive Circuits and Elgar’s Symphony No. 1 are the perfect complement.

Internationally acclaimed conductor Leonard Slatkin is Music Director Laureate of the Detroit Symphony Orchestra (DSO) and Directeur Musical Honoraire of the Orchestre National de Lyon (ONL). He maintains a rigorous schedule of guest conducting throughout the world and is active as a composer, author, and educator.

Slatkin has received six Grammy awards and 33 nominations. His recent Naxos recordings include works by Saint-Saëns, Ravel, and Berlioz (with the ONL) and music by Copland, Rachmaninov, Borzova, McTee, and John Williams (with the DSO). In addition, he has recorded the complete Brahms, Beethoven, and Tchaikovsky symphonies with the DSO (available online as digital downloads).

A recipient of the prestigious National Medal of Arts, Slatkin also holds the rank of Chevalier in the French Legion of Honor. He has received Austria’s Decoration of Honor in Silver, the League of American Orchestras’ Gold Baton Award, and the 2013 ASCAP Deems Taylor Special Recognition Award for his debut book, Conducting Business. His second book, Leading Tones: Reflections on Music, Musicians, and the Music Industry, was published by Amadeus Press in 2017.

Slatkin has conducted virtually all the leading orchestras in the world. As Music Director, he has held posts in New Orleans; St. Louis; Washington, DC; London (with the BBCSO); Detroit; and Lyon, France. He has also served as Principal Guest Conductor in Pittsburgh, Los Angeles, Minneapolis, and Cleveland.

Since winning the Silver Medal at the 2015 International Tchaikovsky Competition, Li has rapidly established a major international reputation and performs regularly with some of the world’s leading orchestras and conductors such as Gergiev, Dudamel, Honeck, Petrenko, Tilson Thomas, Robertson, Slatkin, and Long Yu.

Li gave his first public performance at Boston’s Steinway Hall at the age of ten and in 2011, performed for President Obama at the White House in an evening honoring Chancellor Angela Merkel. He was the recipient of the 2016 Avery Fisher Career Grant, a recipient of the 2012 Gilmore Young Artist Award, and the First Prize winner of the 2010 Young Concert Artists International Auditions. In 2018, Li graduated from the Harvard University/New England Conservatory joint program, where he studied with Wha Kyung Byun. 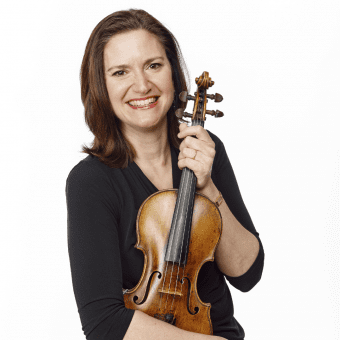