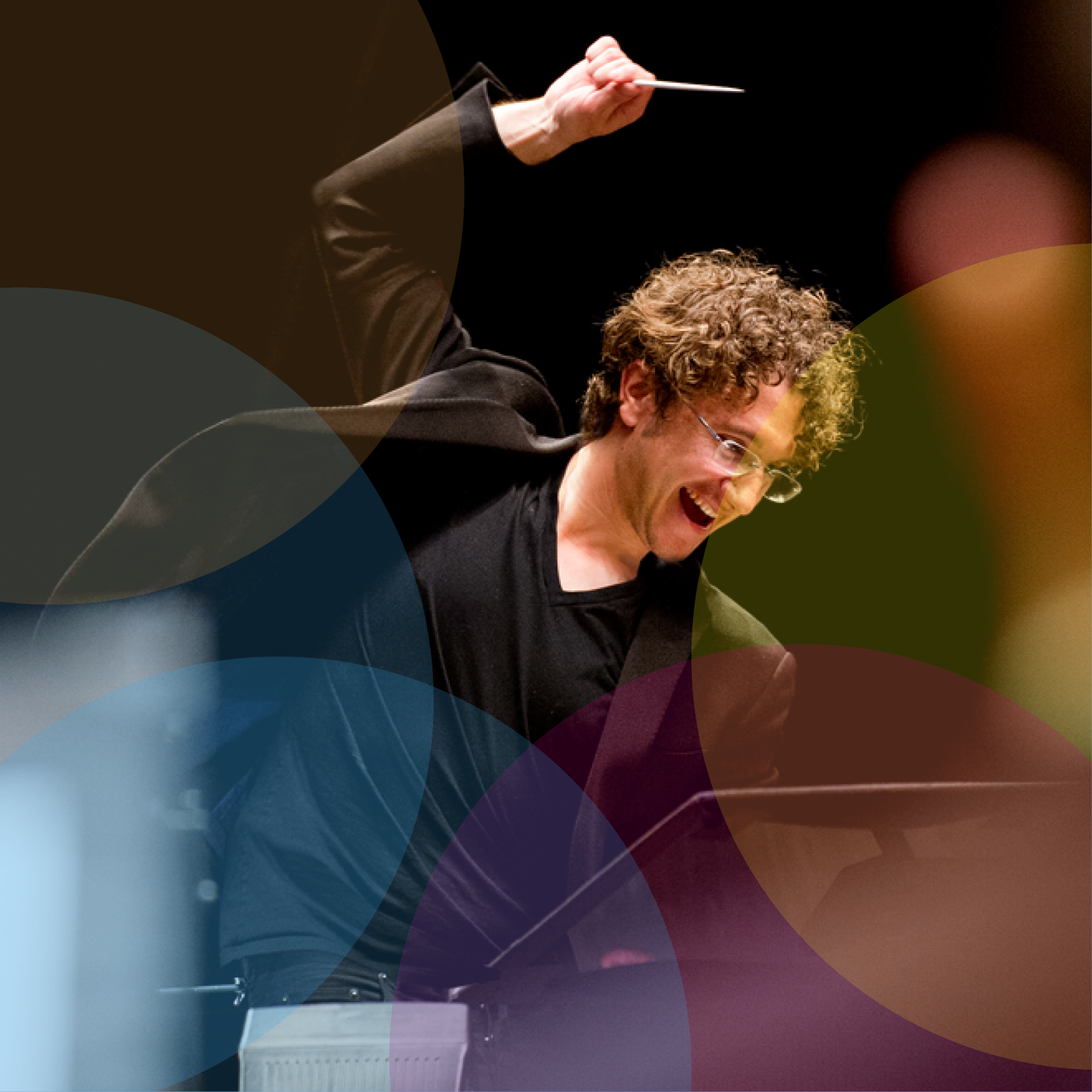 Due to growing concerns about the spread of the coronavirus in our community, we have made the difficult decision to cancel this weekend’s New World Symphony performances. Ticket holders may exchange their tickets for a future 21-22 season performance scheduled through June 2022. Please call the Box Office at (716) 885-5000, or e-mail boxoffice@bpo.org to discuss your options.

Come to the concert early on Friday morning for complimentary coffee and donuts in the Mary Seaton Room. On Saturday evening, join us after the performance at the front of the stage for Final Notes, a post-concert question-and-answer session with BPO musicians Jonathan Borden, Nikki Chooi, and Anna Mattix.

In order to further protect the health, safety and enjoyment of all, we will be implementing a COVID-19 vaccination requirement and a masking policy for all staff, volunteers, performers and audiences at Kleinhans Music Hall. A negative COVID-19 test result will no longer be accepted for patrons over the age of 12. For more information, including requirements for children under 12, please visit bpo.org/safety-protocols.

MICHAEL TILSON-THOMAS  “From the Diary of Anne Frank”
DVOŘÁK  Symphony No. 9, “From the New World”

Watch the video below to learn more about “From the Diary of Anne Frank” from composer Michael Tilson Thomas:

The JCC in partnership with the Buffalo Philharmonic Orchestra and the Holocaust Resource Center invite you to join world renowned conductor Teddy Abrams and BPO cellist Robbie Hausmann on Wednesday, January 12 at 7pm in the Maxine and Robert Seller Theater at the JCC Benderson Family Building (2640 N Forest Road, Amherst). Abrams and Hausmann will discuss their involvement with the New World Symphony program which includes evocative musical narration from young Anne Frank’s hopes and visions for the future to her sobering final moments. Registration required — contact Katie Wzontek at kwzontek@jccbuffalo.org. 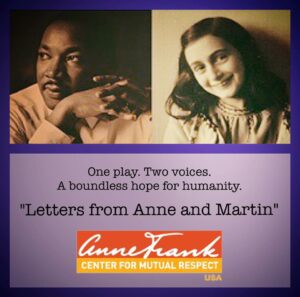 Pre-concert, please join us in the main hall a powerful short play, Letters from Anne and Martin, presented in collaboration with the Anne Frank House. Letters from Anne and Martin combines the iconic voices of Anne Frank and Dr. Martin Luther King, Jr. Developed from excerpts from Anne Frank: The Diary of a Young Girl and Dr. King’s Letter from a Birmingham Jail, this performance evokes the important messages from these legendary figures, as they write of their hopes and plans for a peaceful and unified world. 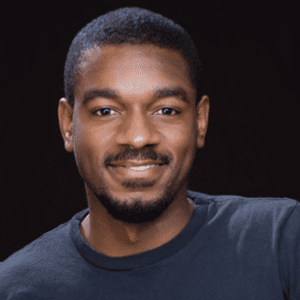 Parish Bradley (Dr. Martin Luther King, Jr.) is an American actor from Buffalo, New York. He studied acting at both Stella Adler school of acting as well as The Bova Actors Workshop. He is currently an Artistic Associate with the professional theatre group “The Seeing Place.” His most recent film work is a short film called “See You Yesterday,” with executive producer Spike Lee and screened in over 30 National and International Film Festivals in 2017. To learn more about Parish Bradley visit his website: parishbradley.com. 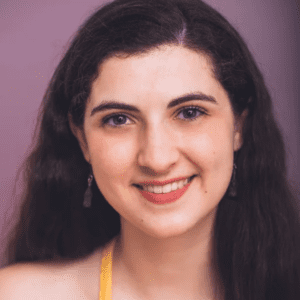 Olivia Konteatis (Anne Frank) is a Manhattan based actress and singer. She is incredibly honored to tell Anne’s story. The more she reads of Anne’s work and her incredibly creative mind, the more she falls in love. Olivia is a graduate of NYU Tisch, The New Studio on Broadway. Recent credits include: I Want A Country (NY Fringe Festival), Matt & Maddie (Midtown International Theatre Festival), Fun Home, Merrily We Roll Along, Idomeneus (NYU Tisch). Olivia is from New Jersey and is a proud first generation American! Her family’s roots are in Cyprus and Ireland. oliviakonteatis.com 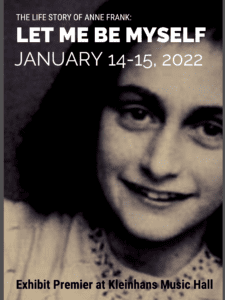 Saturday, January 15
Let Me Be Myself: The Life Story of Anne Frank
Exhibition in the Mary Seaton Room

In communities large and small, throughout the decades, the Anne Frank Center for Mutual Respect has introduced more than five million American young people and adults to Anne’s life and writing through its traveling exhibits program, hosted by schools and organizations that wish to confront issues of prejudice and intolerance by teaching Anne’s story in personal and historical contexts. Pre-concert and during intermission, explore the Center’s exhibition in the Mary Seaton Room entitled Let Me Be Myself: The Life Story of Anne Frank, which discusses the life and struggles of Anne from her birth in Frankfort, Germany in 1929 to her death in the Bergen-Belsen Concentration Camp in 1945, and jumps forward to the present to tell stories of young people today. Learn about their individual identities, personal challenges, and how they face discrimination and exclusion. Docents from local area schools will be on-hand to answer your questions. 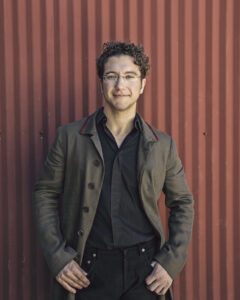 An unusually versatile musician, Teddy Abrams is the widely-acclaimed Music Director of the Louisville Orchestra. Now in his eighth season as Music Director, Teddy has fostered interdisciplinary collaborations with the Louisville Ballet and Speed Art Museum, and led Louisville’s cultural response to the pandemic with the Lift Up Lou initiative. Among other works, the 2021-22 season includes the world premieres of Teddy’s new piano concerto written for Yuja Wang and a concerto for timba band and orchestra composed by GRAMMY winner Dafnis Prieto. His rap-opera, The Greatest: Muhammad Ali, premiered in 2017, celebrating Louisville’s hometown hero with an all-star cast that included Rhiannon Giddens and Jubilant Sykes, as well as Jecorey “1200” Arthur, with whom he started the Louisville Orchestra Rap School. Abrams’ work with the Louisville Orchestra has been profiled on CBS Sunday Morning, NPR, The Wall Street Journal, PBS’ Articulate, and the PBS NewsHour. In recognition of his groundbreaking work, Teddy Abrams was named Musical America’s 2022 Conductor of the Year.

Teddy Abrams has been Music Director and Conductor of the Britt Festival Orchestra since 2013, where, in addition to an annual three-week festival of concerts, he has taken the orchestra across the region in the creation of new work—including Michael Gordon’s Natural History, which was premiered on the edge of Crater Lake National Park in partnership with the National Parks Service, and was the subject of the PBS documentary Symphony for Nature; and Pulitzer Prize-winning composer Caroline Shaw’s Brush, an experiential work written to be performed in Summer 2021 on the Jacksonville Woodlands Trail system.

Abrams recently collaborated with Jim James, vocalist and guitarist for My Morning Jacket, on the song cycle The Order of Nature, which they premiered with the Louisville Orchestra in 2018 and recorded on Decca Gold. They performed the work with the National Symphony Orchestra at the Kennedy Center in 2019.

Teddy Abrams records on Universal Music Group’s Decca Gold Label. In addition to The Order of Nature, Teddy and the Louisville Orchestra recorded All In in 2017 with vocalist Storm Large. Teddy’s most recent recording was an original track, “Fourth Mode,” as part of UMG’s World Sleep Day.

As a guest conductor, Teddy has worked with such distinguished ensembles as the Los Angeles Philharmonic; the Chicago, San Francisco, National, Houston, Pacific, Indianapolis, Milwaukee, Vancouver, Colorado, Utah, and Phoenix Symphonies; Saint Paul Chamber Orchestra; and the Sarasota and Florida Orchestras. Internationally, he has worked with the Royal Scottish National Orchestra, Orchestre Philharmonique du Luxembourg, and the Malaysian Philharmonic. He served as Assistant Conductor of the Detroit Symphony from 2012-2014. From 2008 to 2011, Abrams was the Conducting Fellow and Assistant Conductor of the New World Symphony. 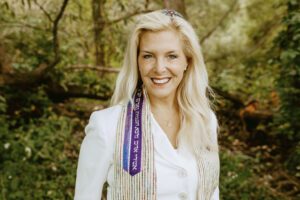 Versatile, well-respected, engaging, and gifted are a few of the many qualities attributed to Cantor Penny Myers.  Cantor Myers’ love of Judaism and her passion for engaging congregants of all ages have been central to her Cantorate since 1998.  Cantor Myers earned her BA in Voice from SUNY Buffalo in 1996 and a Master’s in Music Education from the University of North Carolina, Chapel Hill in 1999. Cantor Myers returned to Buffalo, her hometown, with her husband in 1999 where she served as Cantor at Temple Beth Zion, the largest synagogue in Western New York, for over 14 years. She also was accredited by the Cantor’s Assembly and invested as a Cantor after completing their program in 2013.  Cantor Myers is also a sought-after lecturer, leading sessions on pedagogical practices within worship as well as in Hebrew School education. Cantor Myers’ lyric soprano has been heard  all over North America, Europe and Israel. Cantor Myers has been the recipient of many awards and the subject of articles about the changing nature of the Cantorate. Cantor Myers is married to neurologist Dr. Bennett Myers. They reside in Amherst, NY with their three children, Hunter, Saul, and Corrinne. She also has an outstanding collection of RUSH albums and paraphernalia.