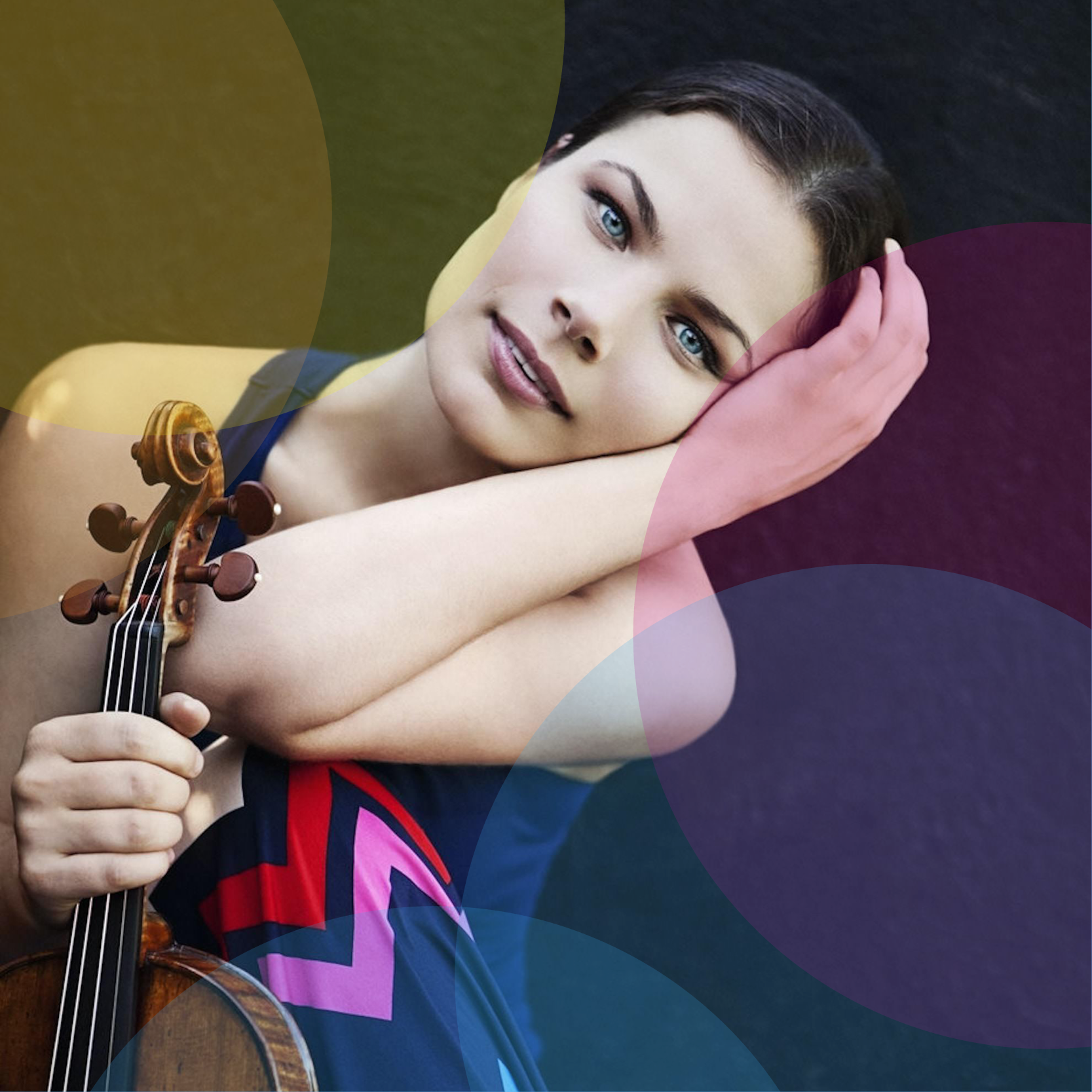 Note: There has been a change in the repertoire for this concert. The title of this program was formerly “Enigma Variations.”

Watch the video below to learn more about composer David Ludwig’s Concerto for Violin, written for his wife, violinist Bella Hristova! 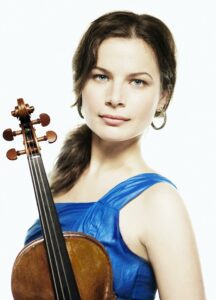 Acclaimed for her passionate, powerful performances, beautiful sound, and compelling command of her instrument, violinist Bella Hristova is a young musician with a growing international career.  The Strad has praised, “Every sound she draws is superb” and The Washington Post wrote she is “a player of impressive power and control”.

Her appearances with orchestras in recent seasons include the New York String Orchestra at Carnegie Hall, the Orchestra of St. Luke’s with Pinchas Zukerman at Lincoln Center, Buffalo and Forth Worth Philharmonics; Chautauqua, Columbus, Hawaii, Kansas City, Milwaukee and Winnipeg symphonies as well as orchestras in Asia, Europe, Latin America and New Zealand. In recital, Ms. Hristova has performed at some of the premier venues in the world, including Carnegie Hall, Merkin Concert Hall, the Isabella Gardner Museum in Boston, and Kennedy Center. A sought-after chamber musician, Ms. Hristova performs frequently with The Chamber Music Society of Lincoln Center and is an alum of The Bowers Program. In 2017 she and renowned pianist Michael Houstoun toured New Zealand, performing and recording Beethoven’s 10 Sonatas for Piano and Violin on the Rattle label.

Ms. Hristova’s recording Bella Unaccompanied features works for solo violin by John Corigliano, Kevin Puts, Piazzolla, Milstein, and J. S. Bach, and her Naxos release of de Bériot solo works received impressive critical recognition. A committed proponent of new music, she has commissioned composers Joan Tower and Nokuthula Ngwenyama to write unaccompanied violin pieces which she premiered and is performing in recitals throughout the United States and abroad. Her husband, acclaimed composer David Serkin Ludwig was commissioned by a consortium of eight major orchestras across the United States to write a violin concerto for her, which she continues to actively perform.

Born in Pleven, Bulgaria to Russian and Bulgarian parents, Ms. Hristova began violin studies at the age of six. At twelve, she participated in master classes with Ruggiero Ricci at the Mozarteum in Salzburg. In 2003, she entered the famed Curtis Institute of Music in Philadelphia, where she studied with Ida Kavafian. She received her Artist Diploma with Jaime Laredo at Indiana University in 2010.

Ms. Hristova lives in Philadelphia with her husband and their four cats. She performs on a 1655 Nicolò Amati violin.