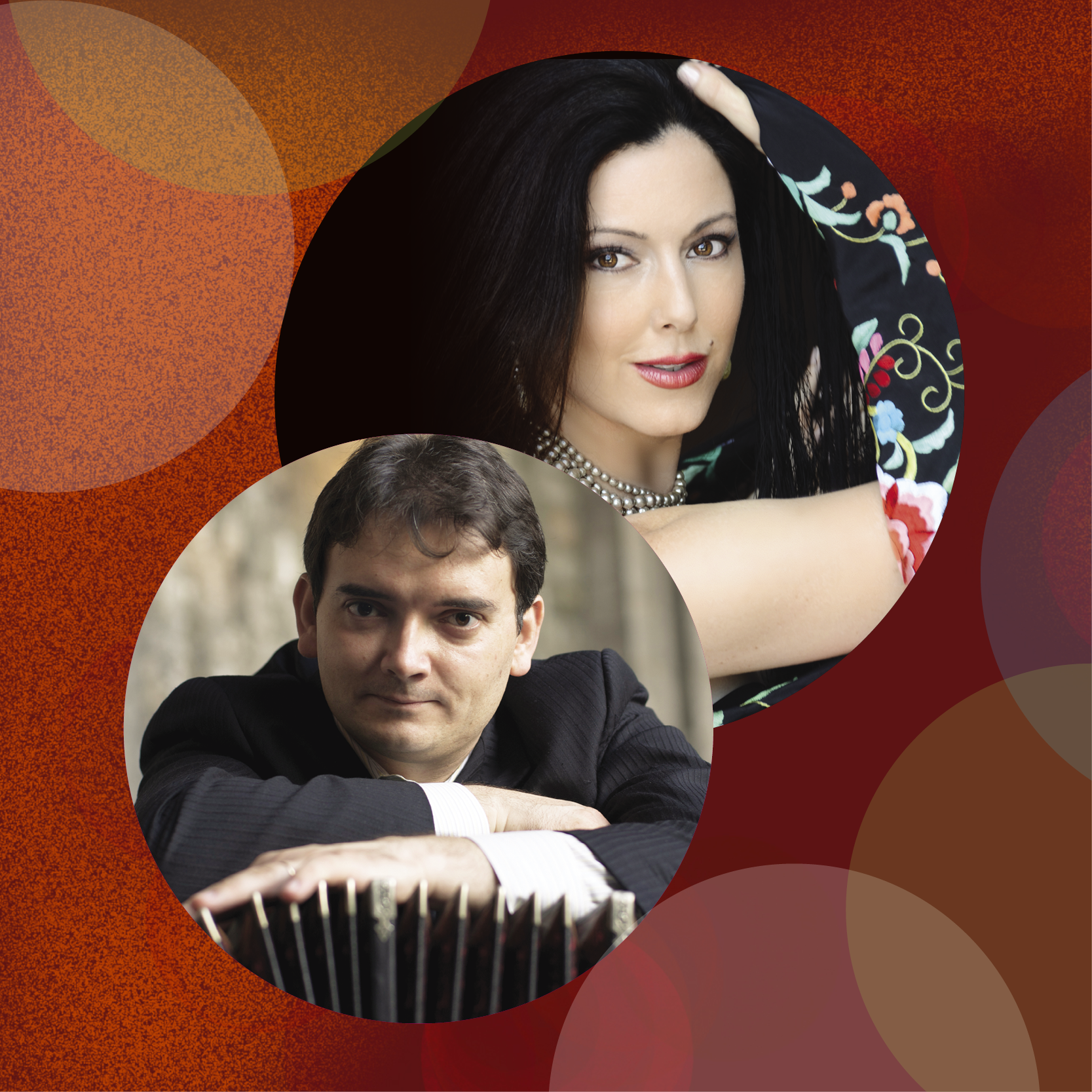 A night of seductive, fiery tango classics with sizzling soprano Camille Zamora and dazzling bandoneón virtuoso Hector Del Curto. Award-winning and internationally-acclaimed Argentinian dancers Celina Rotundo and Hugo Patyn join in for an evening dedicated to the dance of romance– prepare to fall in love. 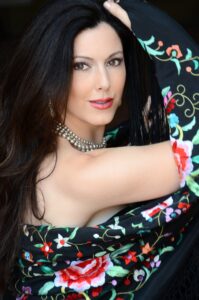 In collaboration with artists ranging from Yo-Yo Ma to Sting, soprano Camille Zamora has garnered acclaim for her “dramatic and nuanced” (The New York Times) interpretations of repertoire ranging from Mozart to tango. She is known for her “dignity and glowing sound” (The New York Times) in “luminous, transcendently lyrical” performances (Opera News) that “combine gentility and emotional fire” (The Houston Chronicle).

Hailed by the Congressional Hispanic Caucus and NBC Latino as a leading interpreter of classical Spanish song, Camille has performed on five continents, in venues ranging from Carnegie Hall to Zimbabwe’s Harare International Festival, and in live broadcasts on PBS, Deutsche Radio, and the BBC. She has headlined with ensembles including London Symphony Orchestra, American Symphony Orchestra, and St. Louis Symphony in works ranging from Bach to Bernstein to boleros. Her recent albums, If the night grows dark and The Last Sorcerer, debuted in Billboard’s Classical Top Ten, and her recording of Hindemith’s opera The Long Christmas Dinner topped The New York Times’ Classical Playlist and was one of Opera News’ Best Recordings of the Year.

A graduate of The Juilliard School, Camille is the Co-Founder of Sing for Hope, a leading “arts peace corps” that presents initiatives, such as NYC’s Sing for Hope Pianos, that make the arts accessible to all. Camille has performed at the US Capitol and the United Nations, been honored with a Congressional Hispanic Caucus Recognition and a Kennedy Center Citizen Artist Award, and been named one of CNN’s Most Intriguing People. 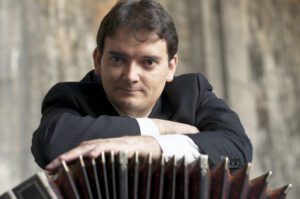 Born into a family of bandoneón players, Mr. Del Curto was introduced to the world of Tango and bandoneón by his grandfather, Héctor Cristobal. By the age of 17, he had won the title “Best Bandoneón Player Under 25” in Argentina, and was invited to join the orchestra of the legendary Osvaldo Pugliese, the “Last Giant of Tango.” In 1999, Mr. Del Curto received the Golden Note Award from the Italian–American Network in recognition of his artistic achievements. As a music director, he directed the spectacular show Forever Tango on Broadway and founded the Eternal Tango Orchestra, a ten-piece ensemble. Since the Lincoln Center début in 2003, the Eternal Tango Orchestra (now the Hector Del Curto Tango Orchestra) returned to Lincoln Center for three more engagements and performed at other various venues including the Skirball Center for Performing Arts.

A musician who is dedicated to the education, outreach, and preservation of tango music, Mr. Del Curto founded the Stowe Tango Music Festival, the premier tango music festival in the United States, noted both for its unique series of performances and its high level of musical training. As the festival’s Artistic Director, he directs the Stowe Tango Music Festival Orchestra, a 20 plus piece tango orchestra comprised of an extraordinary group of selected students from all over the globe and world-class artists including guest tango legends from Argentina.

Mr. Del Curto recently produced and released his second album, Eternal Piazzolla, featuring his quintet with a sold out CD release concert at Le Poisson Rouge in New York City. He was featured along with his first CD, Eternal Tango, on BBC News, which was televised nationally and internationally and on Public Radio International’s The World. 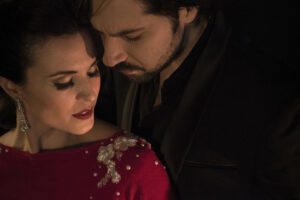 Celina Rotundo and Hugo Patyn are Argentine Tango dancers, masters, and choreographers who dazzle the world, both on stage and in every class or workshop they teach. They possess an especially particular connection and style, making them first class dancers with an extensive dance background. They have danced in diverse places of the world, presenting challenging, intense, and sensual choreographies with history. As instructors, they have initiated and inspired hundreds of students around the world.

Hugo and Celina are fantastic instructors of Argentine Tango. They teach classes and intensive seminars in different places of Argentina and the world. Some of which have been: CITA 2010, MYSTERY TANGO, TANGO FESTIVAL OF MAR DEL PLATA, TANGO FESTIVAL IN MALAGA, etc. They have traveled on their annual tours in different cities helping initiate new communities and collaborating in the evolution of Argentine Tango. Together they run their school in Argentina, in which they teach social and stage tango to children from 5 years old up to adults, as well as differently-abled people. They also give monthly body training seminars and host a largely attended milonga there.

Both have had extensive artistic training from an early age in Ballet, Argentine Folklore, Music, Flamenco, and Figure Skating. When Tango finally entered their lives, they had the influence of great mentors such as Osvaldo Zotto, Gloria & Eduardo Arquimbau, Nito & Elba, and Pedro Monteleones, among others.

They lead an Argentine Tango Company that has participated in grand events in several places around the globe, receiving the best ratings after each presentation. With its own character and of an incomparable aesthetic, the Company recreates fantastic scenes and moments of the Argentine Tango. With fantastic costumes and unique skills, they embody musicality, and choreographies that cause the audience to fall in love with each presentation.