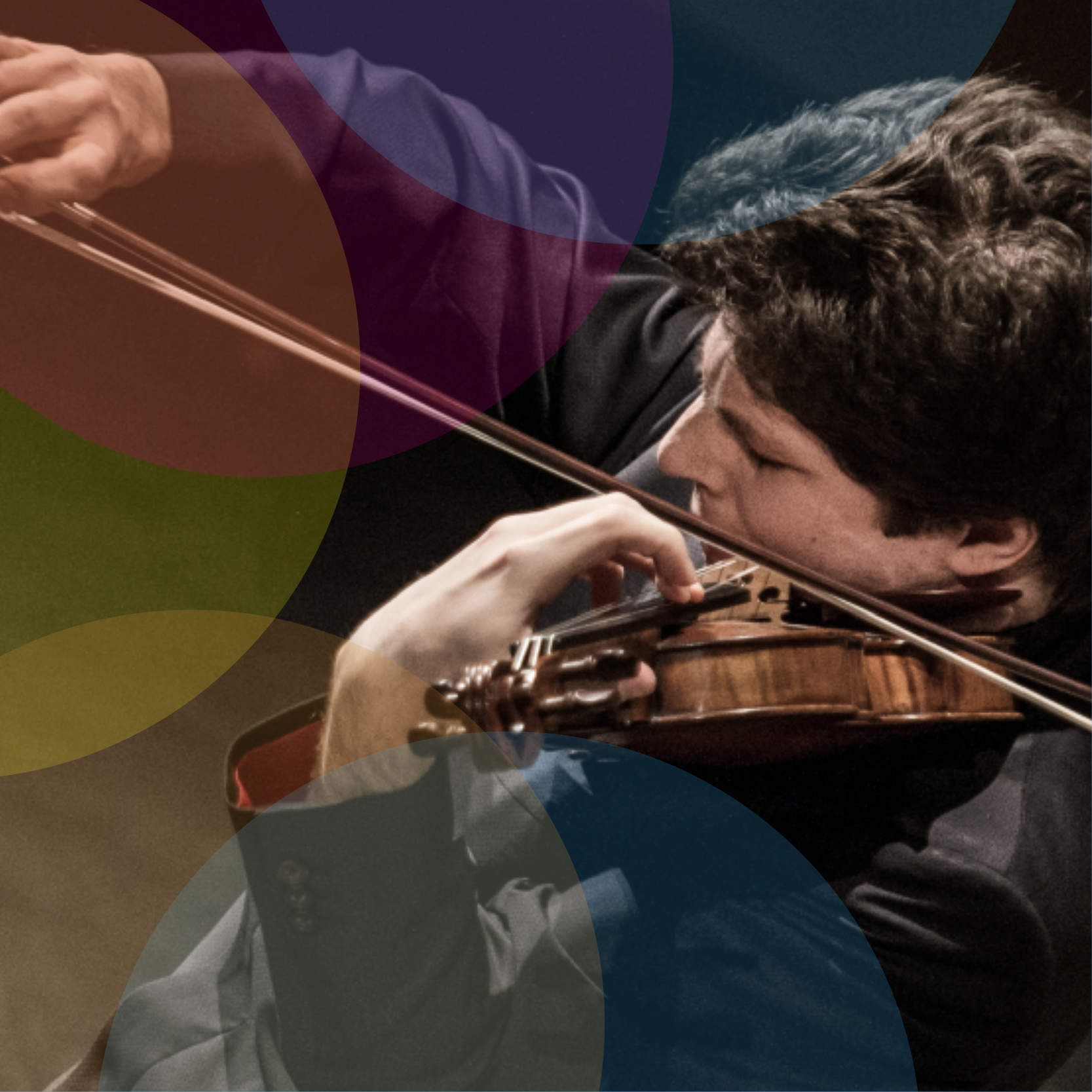 GRAMMY® Award-winning violinist Augustin Hadelich returns to the BPO to tackle Tchaikovsky’s dramatic and technically mesmerizing Violin Concerto. Zemlinsky’s lavishly-scored underwater fantasy is based on Hans Christian Andersen’s fairy tale of the mermaid who sacrifices herself out of unrequited love for a prince, and Fuch’s latest work is inspired by abstract expressionism’s ‘washes of color.’

Click the video below to watch Augustin Hadelich’s performance of Tchaikovsky’s Violin Concerto with the Finnish Radio Symphony Orchestra:

Augustin Hadelich is one of the great violinists of our time. From Bach to Brahms, from Bartók to Adès, he has mastered a wide-ranging and adventurous repertoire. He is often referred to by colleagues as a musician’s musician. Named Musical America’s 2018 “Instrumentalist of the Year,” he is consistently cited worldwide for his phenomenal technique, soulful approach, and insightful interpretations.

Augustin’s 2020/21 season culminated in performances of the Brahms Violin Concerto with the San Francisco Symphony, their first live performances by the full ensemble in 15 months, conducted by Esa-Pekka Salonen. In the summer of 2021 he appeared at the Aspen, Colorado, Grant Park and Verbier festivals, as well as at Bravo! Vail with the New York Philharmonic. Augustin’s 2021/22 season started off with stunning debut with the Berlin Philharmonic (Prokofiev’s Violin Concerto No. 2) with Gustavo Gimeno on the podium. Shortly thereafter, came the European premiere of a new violin concerto written for him by Irish composer Donnacha Dennehy. Other highlights of the 21/22 season include being named Artist-in-Residence with the Frankfurter Museumsorchester and continuing his residency as Associate Artist with the NDR Elbphilharmonie Orchester (Hamburg), as well as debuts with Orchestre National de France, Prague Radio Symphony, and the Warsaw Philharmonic, and return engagements with the Danish National Orchestra, Finnish Radio Orchestra, Houston Symphony, Minnesota Orchestra, Mozarteumorchester (Salzburg), Munich Philharmonic, Seoul Philharmonic, St. Louis Symphony, and WDR Orchestra (Cologne).

Augustin Hadelich is the winner of a 2016 Grammy Award – “Best Classical Instrumental Solo” – for his recording of Dutilleux’s Violin Concerto, L’Arbre des songes. A Warner Classics Artist, his most recent release is a Grammy-nominated double CD of the Six Solo Sonatas and Partitas of Johann Sebastian Bach.

Born in Italy, the son of German parents, Augustin is now an American citizen. He holds an Artist Diploma from The Juilliard School, where he was a student of Joel Smirnoff. After winning the Gold Medal at the 2006 International Violin Competition of Indianapolis, concerto and recital appearances on many of the world’s top stages quickly followed. Among his other distinctions are an Avery Fisher Career Grant (2009); a Borletti-Buitoni Trust Fellowship in the UK (2011); the Warner Music Prize (2015); a Grammy Award (2016); as well as an honorary doctorate from the University of Exeter in the UK (2017). He has recently been appointed to the violin faculty at Yale School of Music.

Augustin plays the violin “Leduc, ex-Szeryng” by Giuseppe Guarneri del Gesù of 1744, generously loaned by a patron through the Tarisio Trust. www.augustin-hadelich.com