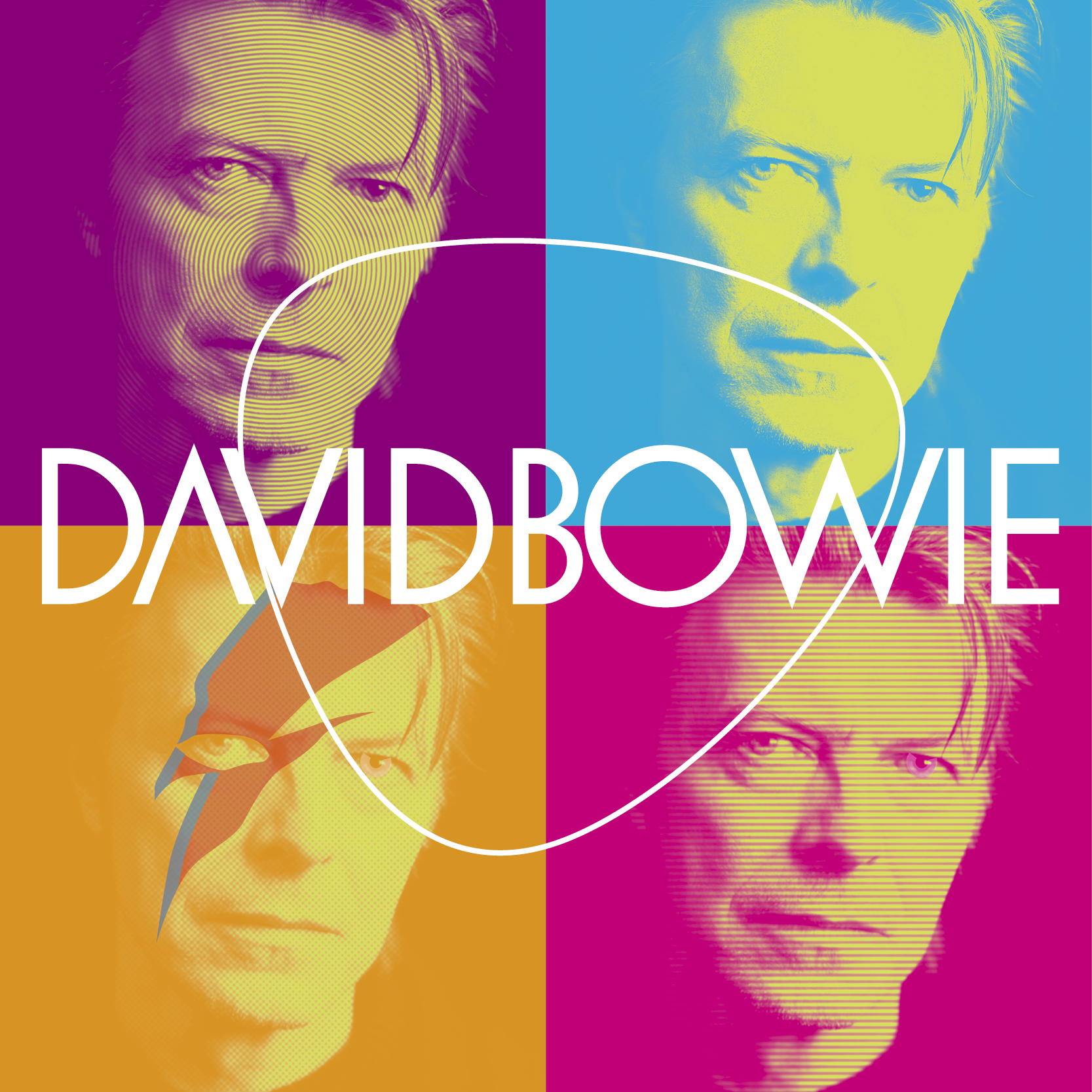 The innovative, enigmatic icon of 20th century music is celebrated when Jeans ‘n Classics rejoins the BPO to reprise their incredible interpretation of Bowie’s musical genius. From Starman to Under Pressure to Let’s Dance, and ultimately his last album, Blackstar, Bowie continually reinvented his sound, pushing the boundaries of pop, glam, and rock over a span of almost 50 years. 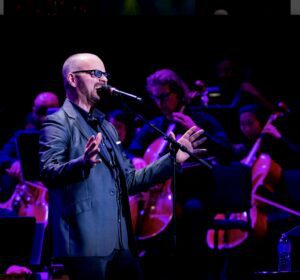 Jean Meilleur has been a headliner with Jeans ‘n Classics for over 20 years. In that time, he has performed with scores of major North American orchestras, lending his distinctive voice to some of the greatest popular music of our time.

Originally from Madison, WI, Jean was born and remains a Green Bay Packer fanatic! He moved to Detroit, MI at a young age. Living in the Motor City helped shape his penchant for the Motown, Soul and R&B sounds of the early ’70s.

Jean is a prolific songwriter who has been performing professionally for over thirty years. His singing voice can best be described as passionate and provocative, with a robust timbre that is immediately recognizable. His voice stands as a true original. Jean’s voice has been heard over the years on many national radio and television jingles and advertisements. He was recently chosen as the Canadian voice of Jim Beam Kentucky Straight Bourbon Whiskey.

To quote Jean: “It’s a privilege to share the stage with a symphony orchestra, Peter Brennan’s superb arrangements and a flawless band. To have the opportunity to sing some of the greatest popular music of our time, in my own voice, is a rush beyond compare.” 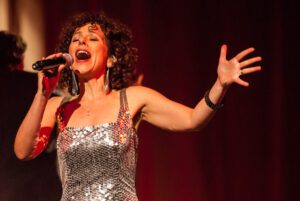 Stephanie Martin is a bilingual Canadian songwriter, singer, and actor who has performed all over the world in award-winning theatrical productions and concert tours.

In the theatre, she has played leading roles in Les Misérables, Napoleon and Schwartz’s, the Musical among others. In studio, she sang the voice of Pocahontas in the French version of the Disney movie, as well as performing on many cast albums. On the concert scene, she has performed with symphony orchestras across North America, Europe, and Asia.

Her creative songwriting is inspired by a lifelong spiritual inquiry and a passionate conviction that music has an unparalleled unitive power. Her first recording of original songs shape, line, and harmony was produced by Chad Irschick (Susan Aglukark, Ron Hynes, The Rankins) and received widespread airplay and was critically acclaimed (“Among the year’s best new releases” – CBC Radio One).

Her second album, April Snow, also produced by Irschick, was released in 2016 and reached #2 in the Top 100 iTunes Adult Contemporary Chart in Canada and received rave reviews (“Luminous vocalist/composer Stephanie Martin not only possesses a delicious vocal instrument, but on her new, completely appealing recording, she also demonstrates her considerable chops as a composer of accessible, highly musical material” – The Whole Note). 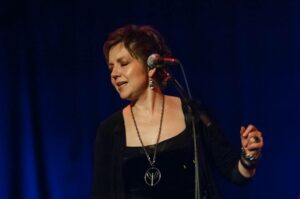 Songs from Lis’s solo debut CD “Refuge” were used in four episodes of the acclaimed series Schitt’s Creek, starring Eugene Levy and Catherine O’Hara. Her song “All I Need” received a Billboard Song Contest Jazz award and was the first track on a 2009 celebrity holiday compilation alongside tracks by Huey Lewis and the News, Richard Marx, Dennis DeYoung, and William Shatner.

Lis is delighted to continue working with Jeans ‘n Classics and the many wonderful orchestras and people met along the way. 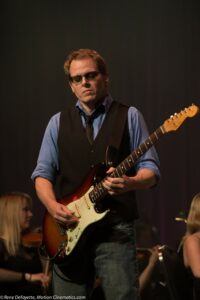 Dave has been a pro guitarist, songwriter, singer, and educator for the past 30 years. Currently, Dave balances his studio work with his touring life as a member of the award-winning duo of Rik Emmett/Dave Dunlop, and Jeans ‘n Classics. Emmett and Dunlop won Smooth Jazz Album of the Year and Duo/Group of the Year in 2007 on the strength of their debut album, Strung-Out Troubadours.

Dave has been an integral member of the Jeans ‘n Classics band since 2005, winning rave reviews for his handiwork in many shows, including the music of Pink Floyd, The Beatles, Jeff Beck, and Eric Clapton, among others.

Dave was lead guitarist and writer in rock band The Full Nine, signed to Disney’s Mammoth Records in 2001. They had chart success with the single, Not Over. He’s also been a faculty member at the National Summer Guitar Workshop, and has had sideman stints with Bo Diddley, Mike Reno (Loverboy), Ron Sexsmith, and many others. In 2008 Dave joined the reformed Hall of Fame act Triumph, supporting the original line-up of Rik Emmett, Gil Moore, and Mike Levine.

In 2005 he established Room 9 studio in his Toronto home, where he has been busy recording and producing projects non-stop ever since. His 2016 debut album, Monarch Girl spent 5 weeks at number one on the Maple Music charts. Of late he has up-and-comers Lyric Dubee, and The Launch finalist Trevor LaRose in his studio. 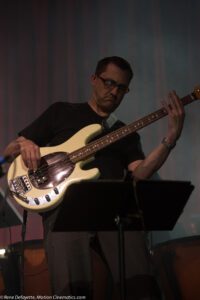 Conductor, arranger, bassist, and educator Mitchell Tyler is an Honours Bachelor of Music (Theory & Composition) and Bachelor of Education graduate of Western University, and has been a member of the Jeans ‘n Classics Band since 1992.

As a performer he has shared the stage with many artists including Rik Emmett (Triumph), Alan Frew (Glass Tiger), Roger Hodgson (Supertramp) and Lawrence Gowan (Styx), and played in the touring productions of Chicago (2015) and Mamma Mia (2012). Mitchell is a part time contract teacher of string music and classical guitar with the Thames Valley District School Board in London, Ontario, and has been a professional educator since 1993. He served as Orchestra London Canada’s Education Director from 2010 to 2013. He has extensive experience writing, developing, programming, and conducting curriculum-linked educational content for symphony orchestras, currently offered through his company, Symphonic Kids. He has been the musical director for beloved children’s entertainment troupe, Dufflebag Theatre since 2008.

As a conductor, Mitchell has had the privilege of working with a wide variety of orchestras across North America. Recent guest conductor appearances include the Springfield Symphony, the Erie Philharmonic, the Duluth Superior Symphony, the Colorado Symphony, the Jacksonville Symphony, and the Cleveland Pops Orchestra. He continues to immensely enjoy his work as Conductor with the Jeans ‘n Classics Rock Symphony, a local symphony add-on to the JNC rock band, formed in 2012 for select performances closer to home. 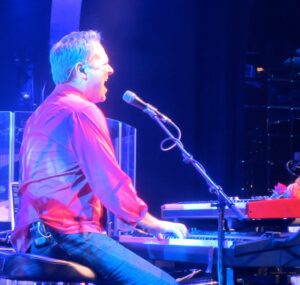 Kevin Adamson is a Toronto-based multi-instrumentalist, singer, composer, arranger, and producer who joined the Jeans ‘n Classics band in 2013.

Classically trained on piano as a child at the Royal Conservatory of Music, Kevin earned a Bachelor of Music from McGill University’s prestigious jazz program in Montreal. He soon became one of the most in-demand musicians in Toronto, playing with such artists as Kim Mitchell, lan Thomas, Michelle Wright, Ron Sexsmith, Justin Hines, and Rik Emmett, and more.

On the international stage, Kevin toured the world with Roger Hodgson (of Supertramp), throughout Europe, Asia, Australia, and across North America, from festivals, to arenas, to London’s legendary Royal Albert Hall.

Equally at home in a recording studio, Kevin co-produced Dominic Mancuso’s 2010 album “Comfortably Mine,” which went on to WIF a Juno Award for World Music Album of the Year. In 2016, Kevin’s orchestral arrangement of lan Thomas’ song “The Runner” was featured on lan’s album “A Life in Song.” 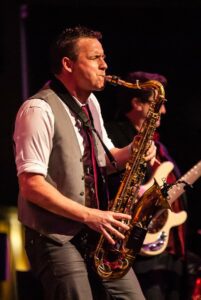 Aaron Macdonald is a London, Ontario-based musician who has enjoyed many fruitful years as a singer/saxophonist in the Jeans ‘n Classics ensemble.

Having played in many bands in the London area covering genres such as blues, funk, jazz, and pop, Aaron has also been touring full time with international star Roger Hodgson, formerly of the band Supertramp.

During the past decade touring with Roger Hodgson, Aaron has toured the world and performed in some of the most esteemed venues, including Albert Hall in London, England, the Olympia in Paris, Cirque Royal in Brussels, and Wembley Stadium for the “Concert for Diana.”

A family man and avid fisherman, Aaron still loves playing with Jeans ‘n Classics whenever he can. 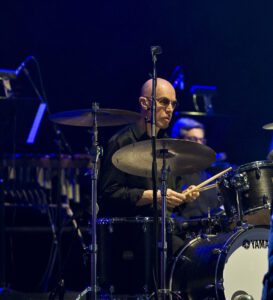 As a Juno Award winner and respected session player, Paul has performed at P.I.T. and the N.A.M.M. shows in L.A., twice at the Montreal Drumfest, and at the Quebec Drumfest. He is one of SABIAN cymbals most popular and effective clinicians.

Paul also has his own band – ONE WORD, which plays fusion classics by the Mahavishnu Orchestra, Tony Williams Lifetime, Weather Report, and Return to Forever.

Paul has taught part-time at Humber College in Toronto for over 30 years, and has written several articles for Modern Drummer magazine. He also taught and performed at KOSA 2010, and at the Stickman Drum Experience in 2013, and has done online video lessons for Drum Hang and Drumeo. His books, “DeLong Way to Polyrhythmic Creativity on the Drumset” and “DeLong Way to Musical Phrasing on the Drumset” are distributed worldwide by Hudson Ltd. Paul endorses Gretsch, Sabian, Vater, and Remo Drums/Percussion.