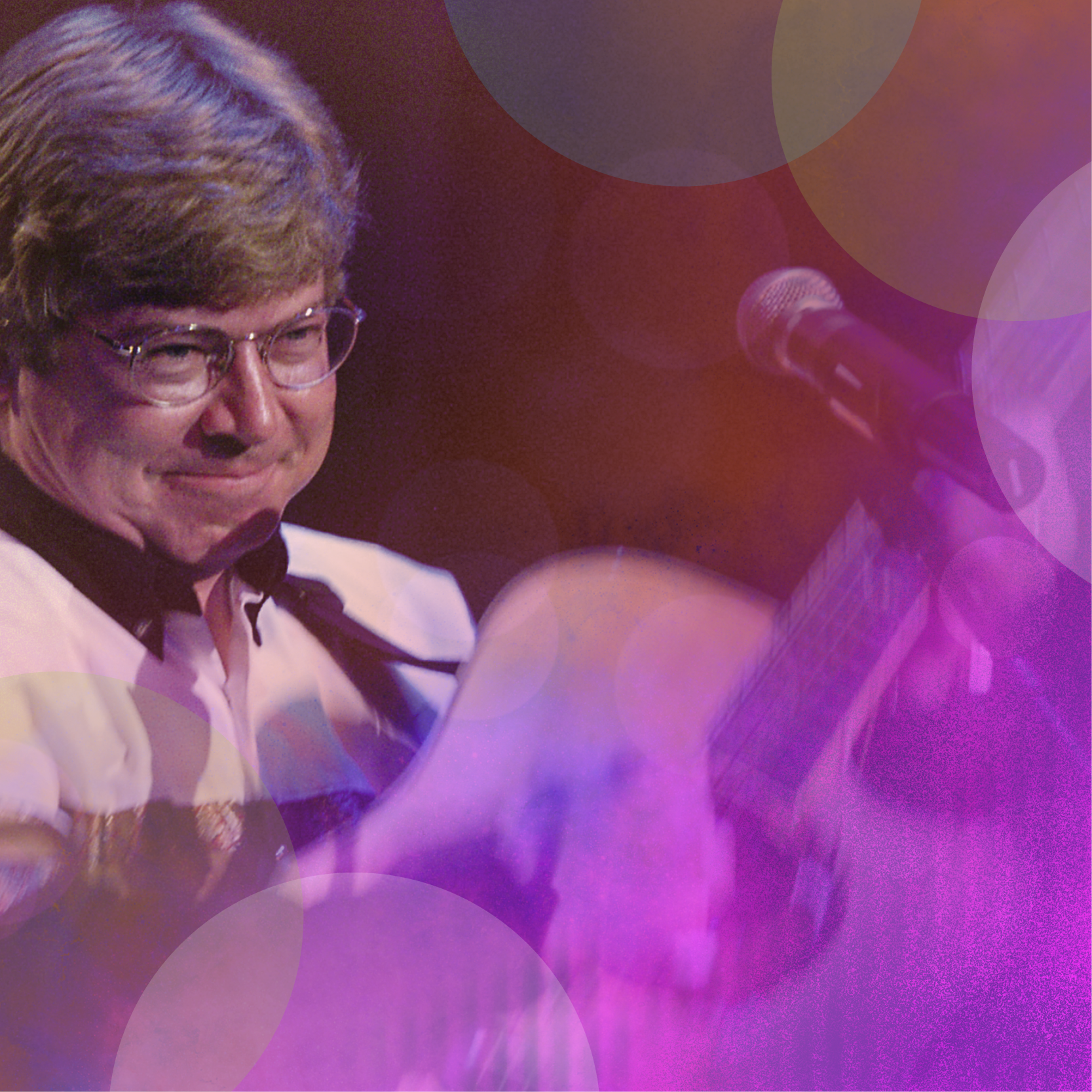 This unforgettable tribute to the legendary John Denver is back by popular demand, with hits like Annie’s Song, Rocky Mountain High, Sunshine on My Shoulders, Take Me Home Country Roads, and so much more. Jim Curry’s voice and stories are a wonderment to behold.

Watch the video below for a preview of Jim Curry’s performance!

Rather than follow a set program, we invite you to enjoy the performance as it unfolds on stage. You are sure to remember the wonderful hits that are so well connected to John Denver’s legacy.

Songs such as:
“Annie’s Song”
“Rocky Mountain High”
“Thank God, I’m a Country Boy”
“Fly Away”
“Calypso”
“Sunshine on My Shoulders”
“Take Me Home Country Roads”
… to name a few

Therefore, let the spontaneity of this amazing live performance be as much a part of your entertainment as the music itself. Enjoy the show! 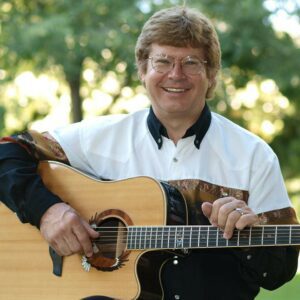 After being awarded a full Rotary International scholarship to study music and voice and being selected to sing as the voice of John Denver in the CBS Television Movie “Take Me Home, the John Denver Story,” there was no doubt that Jim Curry would continue to sing the praises and songs of America’s Troubadour – John Denver. As a life-long fan, Curry dedicated himself to continue John Denver’s legacy of songs and his message of love and caring for our planet to future generations. Since 2002, the combined talents of Jim and his band have brought John’s music back to thousands upon thousands of people. Jim is honored to have had John Denver band members join him in some of the most prestigious venues in the country. Curry also works behind the scenes to preserve Denver’s music. Most notable is Jim’s collaboration with Lee Holdridge in rebuilding and preserving Denver’s original symphony arrangements. Jim Curry was a key performer in the induction of John Denver to the Colorado Music Hall of Fame show hosted by Olivia Newton John. Curry was also the host of the official John Denver Estate show which toured the United States and Australia. Jim’s latest project is titled “Such a Wild Place” and was produced by two of John Denver’s band members, Pete Huttlinger and Chris Nole. It includes four original songs co-written by Jim Curry and also includes three unreleased songs written by John Denver. Jim continues to perform John Denver’s heartfelt songs on cruise ships, in symphony halls, and in performing arts centers to growing audiences all over the world.

“Jim Curry was over there sounding like John Denver. A couple of times I closed my eyes and went back 15 years.”
– Pete Huttlinger, Guitar player for John Denver, Nashville, TN

“It was an amazing evening! We have had many star performers; The Beach Boys, Tony Bennett, Three Dog Night, and America. Jim Curry ranks among the best we’ve ever had.”
– Daniel Young, Thrivent Corporation, Keystone, CO 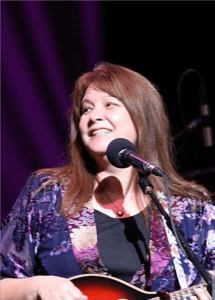 California native Anne Curry tours exclusively with husband Jim Curry, in the “Tribute to the Music of John Denver” shows. Starting with guitar at the age of 10, and adding mandolin along the way, her musical influences began with folk singers such as Burl Ives and Pete Seeger. Her studies in vocal music confirmed her affinity for singing harmonies and she is the director of the vocal arrangements in the shows that she and Jim produce together.  A consummate performer, Anne has the honor of performing with exceptionally talented musicians, and the opportunity to travel the world. 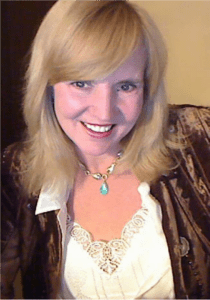 Flautist Diane Ireland began her music career in Canada, studying the flute in Calgary, Alberta, with Clifford Hails. She continued her flute studies in Utrecht, the Netherlands, returning to Winnipeg, Canada, at the age of 17 to perform with the Winnipeg Symphony Orchestra. She also performed with the Winnipeg Ballet Orchestra, and the CBC Orchestra in Winnipeg. She has held positions with the Fort Worth Orchestra in Fort Worth TX, the Merced Symphony Orchestra in Merced, California, and the Central California Conservatory Theater in Merced. Diane now resides in Colorado Springs, CO., and tours extensively with Jim and Anne Curry. 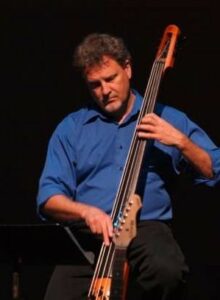 Tom Williams’ musical experience is vast and varied. He has appeared with a long list of legendary performers, including Bob Hope, Steve Allen, Dizzy Gillespie, James Moody, and Frankie Vasquez. He has performed at many of the world’s most prestigious jazz festivals, including the Montreux Jazz Festival, the Newport Jazz Festival, and the Toronto Jazz Festival. A former member of the prestigious Airmen of Note, Tom was a featured soloist with the band and many of his compositions and arrangements were performed at major music and jazz festivals. He has enjoyed numerous successes with his writing including a first place award from the Mid-Atlantic Song Writing Contest, and the use of his compositions for the nationally broadcasted television program, “Lifestyles of the Rich and Famous.”  Tom’s recording career spans over 30 years. He has conducted clinics and seminars for many of the nation’s leading high schools, colleges, and universities. He has taught jazz bass and jazz ensembles at Towson University, George Washington University, and Shepherd University. Tom has been performing with Jim Curry’s John Denver Tribute for more than 15 years. 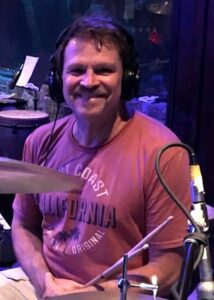 Larry Ruckman has been drumming professionally for over forty-five years. In 1975, at eighteen years of age, he started his career as the youngest employee on Carnival Cruise Lines very first ship, “The Mardi Gras,” as the show band drummer backing all worlds of musical performers. In his experiences, Larry has had the pleasure of working with the late great band leader Cab Calloway, as well as Ann-Margret, Peaches and Herb, Spiral Staircase, and John Mayer. Larry has worked on thirteen cruise ships and many road bands, playing any and every kind of music for a living. He now resides in Baltimore, Maryland and has been performing with Jim Curry’s John Denver Tribute for the last six years.