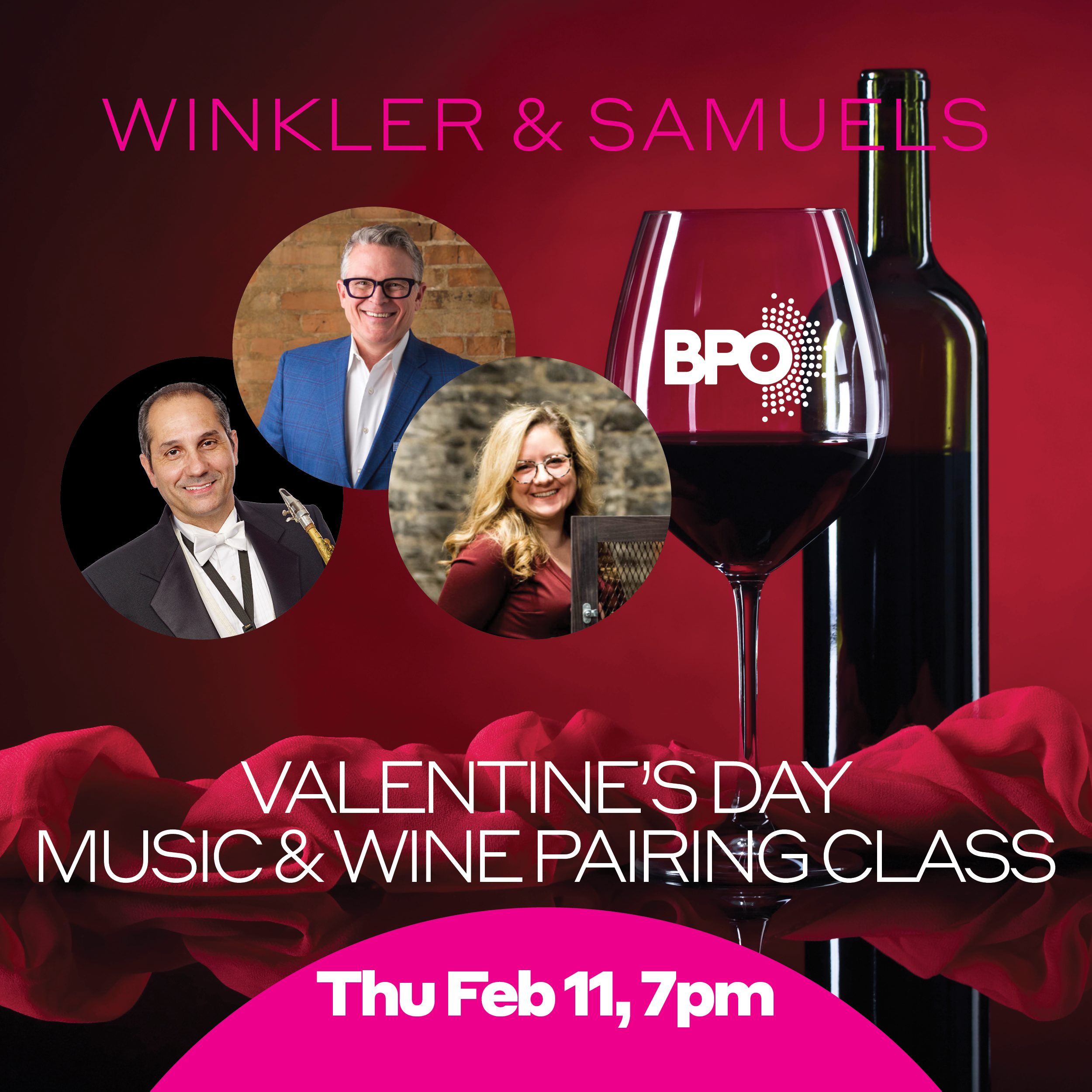 After the great fun we had in December at the virtual Holiday Wine and Music Pairing hosted by BPO Music Director JoAnn Falletta and Sommelier Melissa Winkler, owner of Winkler and Samuels, the BPO is excited to announce a special Valentines Day Music and Wine Pairing! Join us on Thursday, February 11 at 7PM for a virtual wine pairing class hosted by BPO Principal Pops Conductor John Morris Russell and Sommelier Melissa Winkler, featuring music performed by BPO musician Sal Andolina.

Each package includes 4 bottles of wine, with notes on each and recommended recipe and cheese pairings. This class is intended to be enjoyed from the comfort and safety of your own home. We were amazed at December’s class to see how inventive guests were in gathering their COVID crews around bonfires outside, wearing festive clothing, and decorating with beautiful table cloths and candles – such great fun!

Melissa Winkler will present the wines, John Morris Russell will introduce the repertoire, and attendees will linger on each tasting while listening to music performed by Sal Andolina, accompanied by Mike Jones on the piano.

A VIP option is also available, which includes an additional bottle of sparkling wine, a private question and answer session with Melissa, John, and Sal, and a few other surprises!

LOCAL PICK-UP
To pick up locally, please bring your e-mail confirmation to the Winkler & Samuels shop located on the corner of Seneca and Hamburg Streets (500 Seneca St, Buffalo). No need to enter — park right outside and call (716) 235-8121 and we’ll bring the wines out to you!

NON-LOCAL DELIVERY
Live outside of the WNY region? Please contact Winkler & Samuels at (716) 235-8121 to discuss delivery options to your location. Certain restrictions apply.

$200 for the VIP package ($100 tax deductible) – 5 bottles of wine, invitation to our post-event reception with John Morris Russell and Sal Andolina, and a few special surprises

Proceeds will go to support the BPOnDemand digital concert series and supporting our musicians as the BPO continues to #PlayOnWNY! 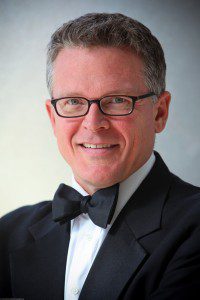 Consistently winning international praise for his extraordinary music-making and visionary leadership, John Morris Russell is in his third season as Principal Pops Conductor of the Buffalo Philharmonic Orchestra. He is the third conductor to hold the position, following in the footsteps of Doc Severinsen and Marvin Hamlisch. Russell began his tenure here with a series of highly successful Holidays Pops concerts with the Buffalo Philharmonic Chorus, as well as concerts with jazz diva Dee Daniels and John Denver tribute artist Jim Curry. Last season, Mr. Russell and the BPO collaborated with the New York Voices, Midtown Men, and soprano Lisa Vroman as well as his popular Holiday concerts and John Williams Tribute. In the 2017/2018 season, he conducts the BPO in Disney Fantasia Live in Concert, Cirque de la Symphonie, A Night at the Oscars, Buffalo Sings featuring the Buffalo Philharmonic Chorus, and Holiday Pops.

Maestro Russell is also conductor of the Cincinnati Pops, one of the world’s most iconic and beloved pops orchestras. The Cincinnati Pops’ recorded legacy continues under his leadership, including Home for the Holidays (2012), Superheroes! (2013), Carnival of the Animals (2014) and the first live recording of the Pops, American Originals (2015).  In December 2014, he led the Cincinnati Pops on their first-ever Florida tour, and in March 2017 led the sixth Pops tour to Asia, including performances in Shanghai and Taiwan.

For the last six years, Russell has served as Music Director of the Hilton Head Symphony Orchestra in South Carolina, and conductor of the prestigious Hilton Head International Piano Competition. Under his leadership, the HHSO has enjoyed unprecedented artistic growth; concert attendance has blossomed and the orchestra has doubled the number of concerts they present.

As a guest conductor, Mr. Russell has worked with many of North America’s most distinguished ensembles. He frequently conducts Canadian orchestras, including Toronto, Edmonton, Calgary, Vancouver, Victoria, Kitchener-Waterloo and Orchestra London. In the US, he has led the orchestras of Detroit, Houston, Indianapolis, Dallas, Louisville, Milwaukee, Miami’s New World Symphony, the Minnesota Orchestra, Oregon Symphony, Colorado Symphony, New Jersey Symphony, and New York City Ballet. Abroad, he conducted a concert at the Musikverein in Vienna that featured the Harlem Boychoir, the Vienna Choir Boys and actor Gregory Peck. The performance continues to be televised throughout Europe, Japan and in the USA on PBS. 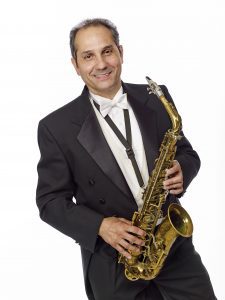 In the worlds of classical music and jazz, crossover versatility is rarely found in a single individual. Over the past decade, however, the Buffalo Philharmonic Orchestra has witnessed the keen achievements of one of Buffalo’s native sons in the person of Salvatore Andolina, who is now the BPO’s hottest switch-hitter in his permanent position of clarinetist, bass clarinetist and saxophonist.

While Andolina has been a full-time member of the BPO for the past 21 seasons, his association with the Orchestra began in the late ’70s when he was a standout performance major at the University at Buffalo as a full-scholarship student on the clarinet. Upon completion of his degree at UB under former BPO clarinetist James Pyne, Andolina pursued advanced clarinet studies with Stanley Hasty at the Eastman School of Music in Rochester and coaching with the legendary Benny Goodman in New York City.

In addition to appearing as a soloist with the BPO, Andolina has been featured with the Rochester Philharmonic, the Grand Rapids Symphony, the Fresno Philharmonic, the Arts Nova Chamber Orchestra and the North American New Music Festival. More significantly, Andolina has been featured on at least 15 studio recordings, including his prized CD: “Like Benny to Me,” a tribute to Goodman.

Melissa graduated from the State University of New York at Potsdam where she studied art. After graduating, Melissa made the decision to turn her passion for wine into her life’s work. She studied wine making at the Niagara Falls Culinary Institute and continued on to complete Level 3 course study at the Wine & Spirit Educational Trust (WSET) in London, England. In 2014, Melissa became a Certified Sommelier with the Court of Master Sommeliers in Toronto, Canada. She has spent an extensive amount of time traveling to visit vintners, growers and cellars in regions of Champagne, Bordeaux, Burgundy, Piedmont and Tuscany to learn as much as possible about these phenomenal wine growing regions.

Winkler and Samuels store and wine cellar couldn’t possibly be located in a more beautiful location; a location that is also close to Melissa’s heart. Winkler & Samuels is located in the historic former factory at 500 Seneca Street, which extends her family’s long history in the neighborhood. Melissa’s family previously owned and operated F.X. Winkler and Sons, Buffalo’s oldest grocery store, which stood right down the street for 111 years.

After many years of immersing herself in the world of wine, Melissa is excited to share her knowledge, enthusiasm and love of wine and viticulture with Western New Yorkers, and to provide them with a place where they can find hand-selected wines that are perfect for every occasion.