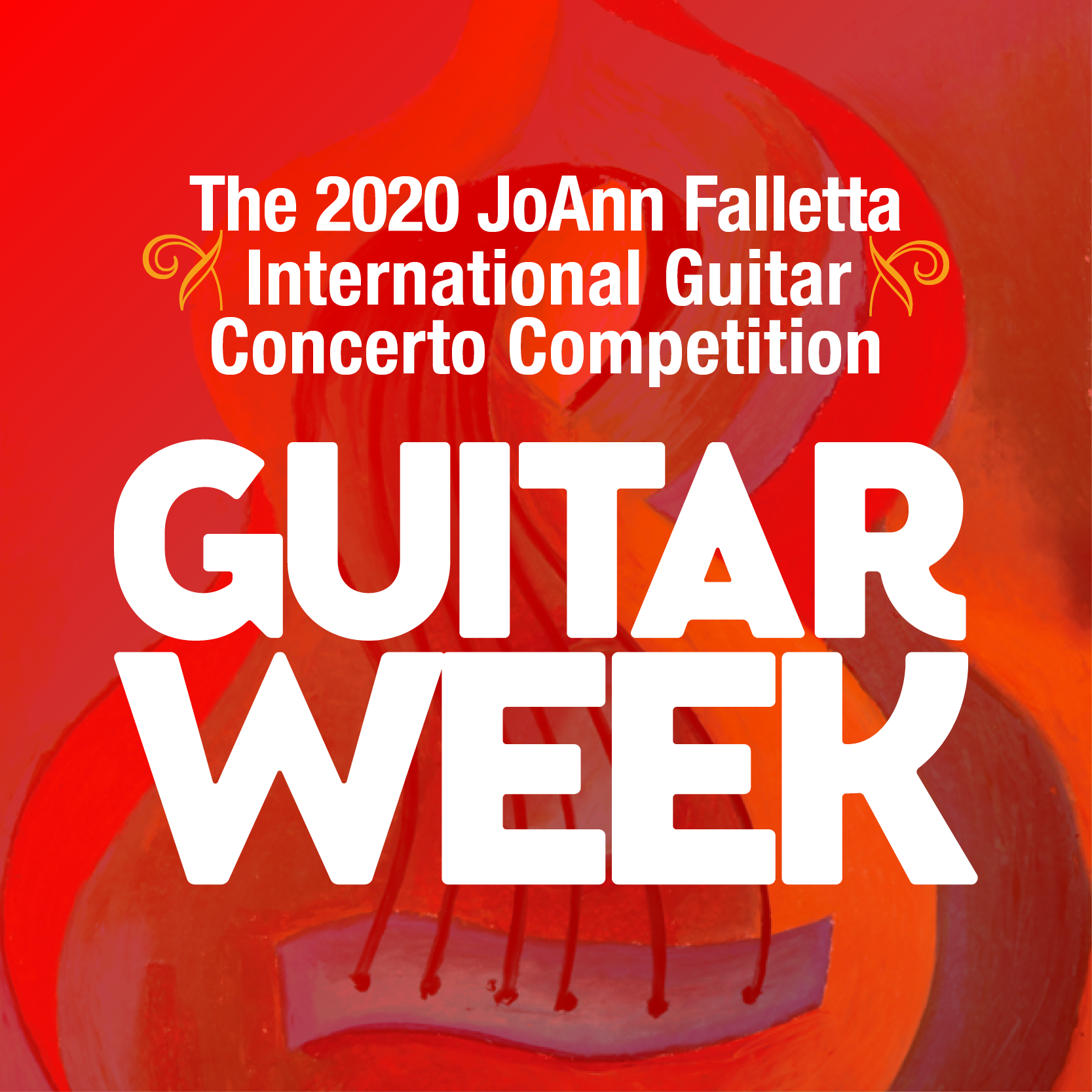 Take an internationally-acclaimed, professional symphony orchestra, a GRAMMY-winning conductor, pull in eight guitar virtuosos from around the globe, and you have the world’s first concerto competition for classical guitarists with accompaniment by a full symphony orchestra, right here in Western New York. Named in honor of the Buffalo Philharmonic Orchestra’s music director, the JoAnn Falletta International Guitar Concerto Competition was launched in 2004 by PBS member station Buffalo Toronto Public Media and the Buffalo Philharmonic Orchestra. The Falletta Competition was established to help identify and encourage talented young classical guitarists on their musical journeys. Every two years, it brings international guitarists to Buffalo for one week to publicly perform in competition for cash prizes, national and international broadcast exposure, and a return engagement with the Buffalo Philharmonic Orchestra. In its first eight editions, nearly 200 competitors from 45 countries have entered the competition, and Buffalo has hosted 68 semifinalists and 40 internationally acclaimed judges from 33 countries.

Join us throughout the week to celebrate this lauded competition as we share exclusive interviews, photos, and performance footage from past competitors, as well as fun facts and interesting pieces surrounding the history of the competition. Read on for a brief introduction to the competition, and get ready to enjoy international talent from the comfort of your own home!

As the anticipated ninth installment of the competition, 2020 would have been especially sweet, as Falletta recently celebrated her 20th anniversary as music director of the Buffalo Philharmonic. JoAnn was just seven years old when she began studying classical guitar. This competition is a true homage to Falletta’s love of the instrument and classical music. Michael Andriaccio, competition artistic co-director says, “There’s no other conductor in the world who has the sensitivity for guitar that [Falletta] does.” Artistic Directors Joanne Castellani and Michael Andriaccio are one of the foremost guitar duos in the world, and judge competitions around the globe. They recognize the Falletta competition as one of the pre-eminent international guitar festivals and a model for other competitions worldwide. Part of what sets this competition apart from other classical guitar competitions is the concerto aspect. Competitors have the opportunity to perform with a full, world-class orchestra in front of a few thousand patrons, rather than in front of a few dozen or so attendees. It is also one of the most visible performance competitions, thanks to the partnered efforts of Buffalo Toronto Public Media, which provides local and national broadcasts of the performances on public radio in addition to worldwide streaming audio on the web.

In 2008, the Falletta Competition introduced Guitar Days, a program in which competitors experience the opportunity to perform at various venues and functions within the WNY community. This unique element of the competition helps to raise awareness of classical music and international talent; but more importantly, it serves as a way to enhance the visibility of the cultural arts in Western New York, and has had a profound impact on audience members, as well as competitors. Participating guitarists have performed at senior-living facilities, hospitals, schools, libraries, and other public entities throughout the region. These more intimate, solo performances foster personal connections between WNY residents and the international musicians they welcome to Buffalo.

Patrons have the ability to follow their favorite guitarist throughout the competition week and watch them perform in front of a live studio audience during the semifinals, hosted at Buffalo Toronto Public media studios in downtown Buffalo. The Finals performance, which takes place at the historic Kleinhans Music Hall, home of the Buffalo Philharmonic Orchestra, is a brilliant culmination of the week’s festivities. Votes are cast by attendees for “Audience Favorite,” and the musicians can even voice their opinion through the “Musicians Choice Award.”

Are you ready to follow along at home? Although this year’s competition was unable to take place, we look forward to returning, better than ever, in 2022! Track your favorite performer and join us in celebrating Buffalo’s connection to incredible international talent.