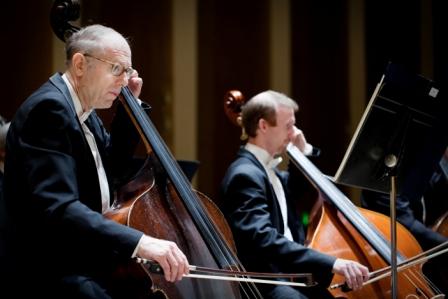 The Buffalo Philharmonic Orchestra’s musicians, staff, board members and patrons mourn the loss of longtime bass player William D. Burns. Anyone attending the BPO during the past 50 years has probably seen Mr. Burns perform. His colleagues remember him as dedicated, talented, and kind. Below is the obituary that appeared in The Buffalo News on August 13, 2014.

William D. Burns, of Buffalo, bassist for the Buffalo Philharmonic Orchestra for 49 years, died Friday in Buffalo General Medical Center a month after suffering a stroke. He was 73.

Born in Burbank, Calif., he began playing trombone and tuba, then began seriously studying bass in high school. He was accepted into the Curtis Institute of Music, where he earned a bachelor’s degree.

He joined the Buffalo Philharmonic in 1963, the first year it was under the baton of Music Director Lukas Foss. During his years with the orchestra, Mr. Burns performed 26 times in Carnegie Hall and on European and West Coast tours. He retired in 2012.

A quiet and diligent man who never owned an automobile, he enjoyed hours of solitary practice and reading, as well as long chess games on Philharmonic bus tours.

One of colleagues proposed that “due to his unparalleled work ethic and dedication, Bill has more than likely performed on the stage of Kleinhans (Music Hall) more times than any other musician.”

Survivors include a brother, Richard.

A memorial service will be arranged.