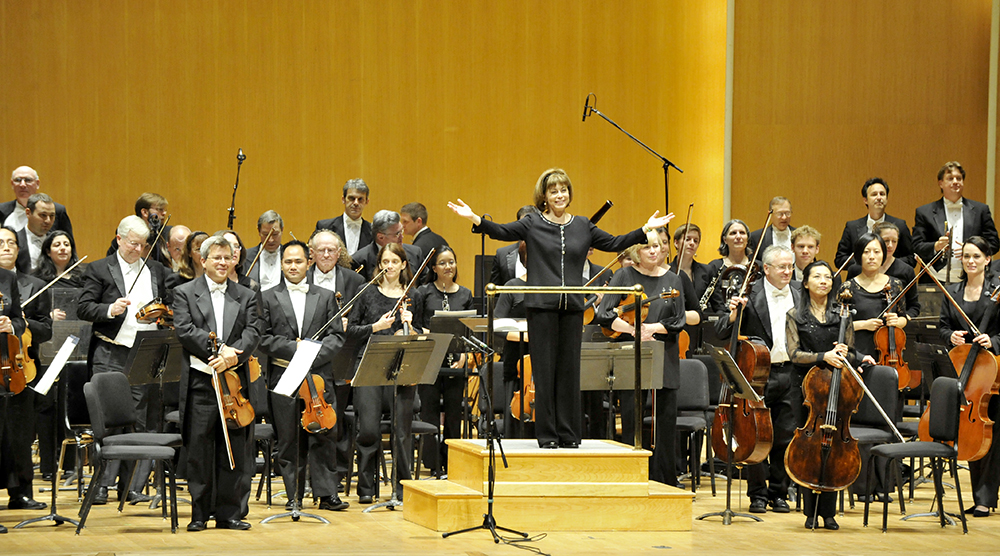 JoAnn Falletta has been voted the World’s Favourite Conductor in Bachtrack’s September poll. Brooklyn-born Falletta has been Music Director of the Buffalo Philharmonic Orchestra since 1999, with which she has built an impressive discography for Naxos. Indeed, the last Buffalo Phil concert we reviewed earned 5 stars, with particularly fine performances of Florent Schmitt’s Antoine et Cléopâtre Suites which are due for CD release later this month. From 2011-14, Falletta was Principal Conductor of the Ulster Orchestra and is also Music Director of the Virginia Symphony Orchestra. Falletta has done much to promote American composers during her time at Buffalo.

With results verified and multiple voting discounted, we can reveal that the RTE Concert Orchestra triumphed in our World’s Favourite Orchestra poll. After coming a close second in 2013, Irish eyes are smiling with a 2015 win. The RTECO waged a strong social media campaign, enlisting some high level support along the way, including Paul Brady, Marti Pellow, Brian Kennedy, Lisa Lambe, Maria Doyle Kennedy, Keith Harkin, Tara Erraught and Jack Lukeman.

Anthony Long, General Manager, RTÉ Concert Orchestra, commented: “Over the last three years Bachtrack’s poll of favourite orchestras and conductors has established itself as a barometer of how orchestras connect with their audiences and public. This amazing result demonstrates how privileged we are to have such massive support from our public, coming as we do from a small country such as Ireland. I would like to thank our audience for this result placing us as the World’s Favourite Orchestra and hope we will continue to serve them with the quality of concerts and broadcasts they deserve.” Read the full article.