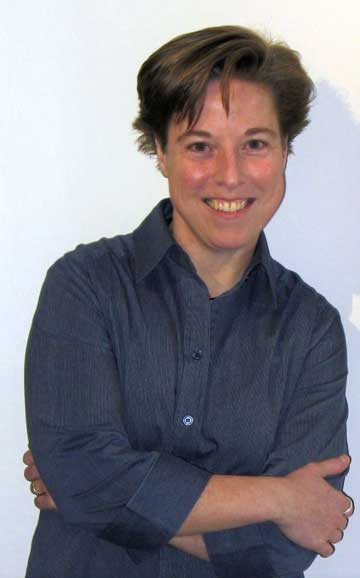 Kleinhans Music Hall officially opened on October 12 1940 when music director Franco Autori led the first performance of the Buffalo Philharmonic Orchestra in the new hall. The 75th anniversary of this event was celebrated this past October with a gala dinner in the Mary Seaton Room of Kleinhans attended by many of our local movers and shakers, more than a few of whom were honored more than once by name in the after dinner speeches. Mention was also made, almost in passing, that a new, archival display room dealing with the history of Kleinhans had just been opened off the second floor lobby. A recent visit to the display demonstrated why it is a must see for anyone interested in the history of Kleinhans, or of modern architecture, or of philanthropy in 20th century America.

Last August, BPO executive director Dan Hart and architect Ted Lownie, who has directed the extensive renovations to Kleinhans over the past two decades, decided to do something special to commemorate the upcoming anniversary. There was a room upstairs, on the Porter Avenue side of the building which had been used for decades as a storeroom. When it was decided that it would be an ideal space to transform into a showroom displaying the history of Kleinhans, Lauren Becker, a part time Kleinhans employee and an active BPO volunteer, was offered the opportunity to research, write and design the new exhibit, in effect becoming its curator.

Lauren Becker is a science and nature interpreter who has taught at museums, parks, and planetariums around the country. After completing a degree in Geography, with coursework focusing on cultural landscapes, global perspectives, and the physical sciences of ecology, astronomy, forestry, and geology, Lauren went to work in a variety of fields—literally: volunteering in the Canadian arctic, teaching night sky constellations in the Badlands of South Dakota, and guiding hikes in Crater Lake National Park. More recently, Lauren earned a Masters degree in Science and the Public from the University at Buffalo and worked as director of outreach, marketing, Printing, and Promotions at Buffalo’s own Center for Inquiry. Known for her commentaries on Point of Inquiry, the radio show and pod cast of CFI, she is an experienced environmental activist and advocate for science literacy and education.

“The room was packed with filing cabinets, folders full of clippings and letters, framed photographs and other graphic material” says Lauren. “The first task was to go through all this material, and I worked with Heidi Jaworski, another part time Kleinhans employee, for almost three weeks, looking at every single piece of paper, making sure that nothing of any historical value was discarded, while getting rid of a lot of miscellaneous material, like old receipts”. This thoroughness was absolutely essential, since valuable material sometimes turned up in unusual places. “For example,” says Lauren, “we found some letters, in a folder simply labeled ‘S’”. The letters , now on display, include one from Rachmaninoff and one from the famed Russian conductor Serge Koussevitzky expressing their enthusiasm for the new hall.

The room itself was then completely renovated. After some discussion, it decided that since much of the material available was “text heavy”, it would be good idea to include large format interpretive panels that incorporated reproductions of both original photographs and documents, along with new commentary on the material presented. Lauren was responsible for researching, writing, and choosing the graphic materials for the panels, as well as for their design and layout. “At my heart, I’m an interpreter,” says Lauren. “I like to take a resource and explain it,” and in this marvelous new historical exhibition that is exactly what she accomplishes. The combination of framed archival drawings, photographs and texts, along with the interpretive panels provide a vivid overview of the gestation and birth of Kleinhans Music Hall.

The amount of new information in this display is amazing. The very generous legacy gift left in their wills by Buffalo clothing merchant Edward L. Kleinhans and his wife Mary Seaton Kleinhans was maximized through being administered by the Buffalo Foundation, executor of the Kleinhans estates, and its chairman George Rand along with the Foundation’s lawyer, Edward P. Letchworth. The other vital link in the funding was provided by president F.D.R.’s Public Works Administration’s efforts which made the participation of the City of Buffalo essential to the process in the creation of a new non-profit corporation, Kleinhans Music Hall, Inc., governed by a board of 11 directors of whom six would be city officials and five would be nominated by the Foundation.

From August of 1938 to April of 1940, Esther Link served as the director of the new corporation. Link, who had travelled to Finland to see the Saarinen designed Helsinki railway station, almost single-handedly secured the services of Eliel Saarinen and his son, Eero. Surprisingly, since the Saarinen’s were not licensed to practice in New York State, local architects and brothers, F.J. and William Kidd are the architects of record, while the Saarinens were the design architects. Over 41 possible sites were put forward for the new hall, and a drawing of one of the proposed sites in what was then known as Humboldt Park, now Martin Luther King Park, is included in the display. There was a lot of controversy about the modernist design of the Saarinen’s, and it was only finally approved by the board at a meeting when only eight members were present. The four Foundation members present voted for the design, and three of the four city officials present voted against it, while luckily the city comptroller, the one other city official present, had the good sense to abstain, resulting in the creation of one of the most iconic buildings in Buffalo. “Often, when I’m at a BPO concert,” says Lauren, “I like to think of how happy Edward and Mary Kleinhans would be with the way their legacy has benefitted generations of music lovers’.

The Kleinhans archive room is open to the public before, during intermission, as well as briefly after, all BPO events, and by appointment.