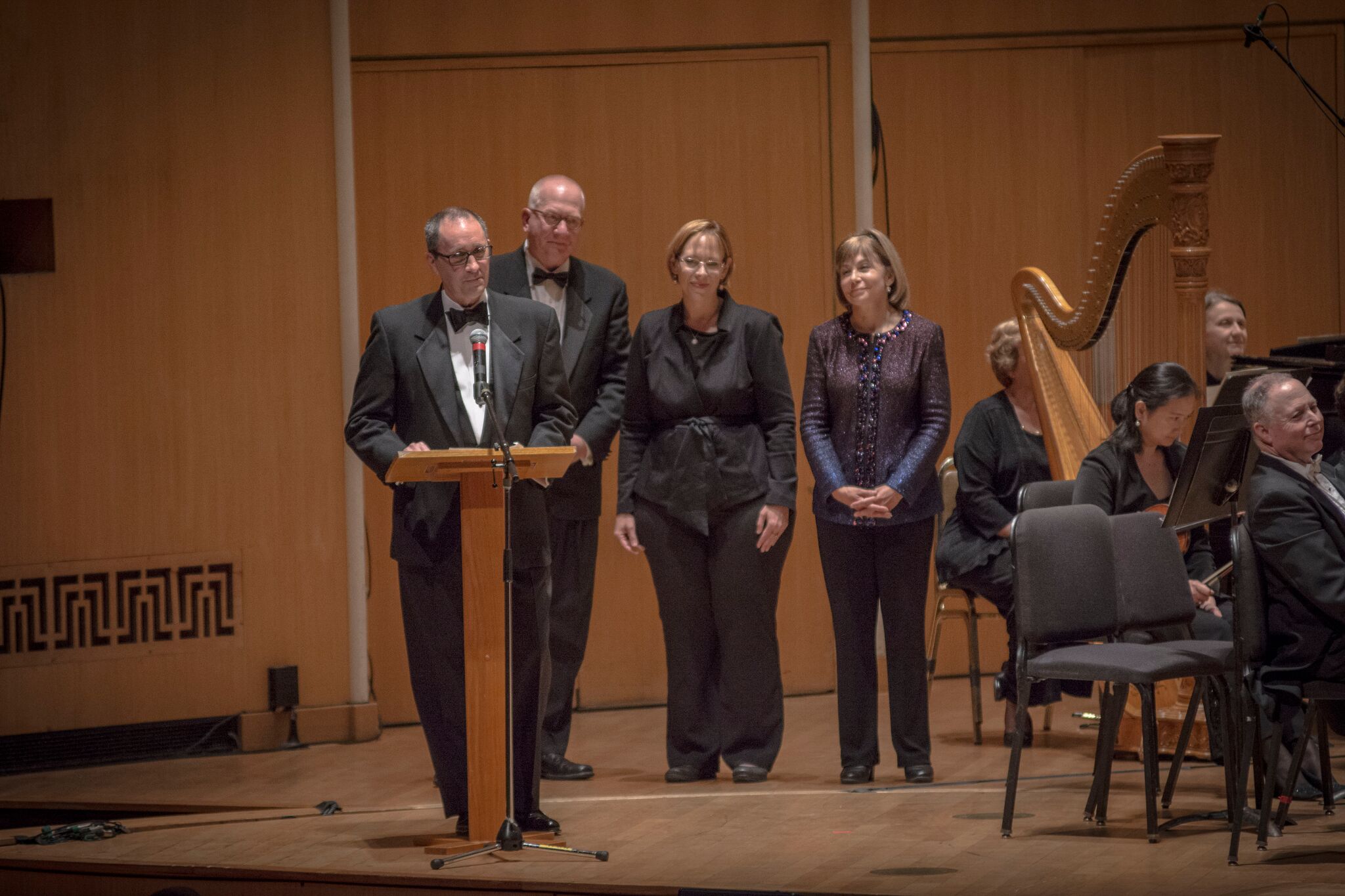 BUFFALO, NY — The Buffalo Philharmonic Orchestra Society, Inc. and American Federation of Musicians Local 92, representing the musicians of the BPO, have reached agreement on a new six-year contract. The announcement was made Saturday night at the nearly sold-out house on the opening night of the BPO’s 2016-17 season at Kleinhans Music Hall.

The contract was ratified by the musicians on Thursday, Sept. 15 but is subject to ratification by the BPO Board of Trustees later this month.

Incoming BPO Board Chair and Executive Vice President of BlueCross BlueShield of Western New York Steve Swift commented, “We are incredibly grateful to the musicians for the thoughtful way these negotiations preceded. As the BPO continues to work to strengthen its financial underpinnings for the long term, the musicians are clearly partnering with us to create a bright future and one that will guarantee their creative presence in our community for future generations.”

Negotiations for the new collective bargaining agreement, which covers wages and work rules for the 73 full-time members of the BPO, began in the spring and concluded in August. AFM negotiator Nathan Kahn joined Local 92 President Jim Pace and BPO musicians Jay Matthews, Janz Castelo, Megan Prokes, Alan Ross, Dan Sweeley, Anna Mattix and Mark Hodges for the sessions, his second time at the bargaining table with the BPO. The Society was represented by attorney and BPO Life Trustee Randall Odza from the firm Bond Schoeneck King; and BPO Executive Director Daniel Hart; Finance Director Kevin James; Director of Concert Production Lisa Gallo; and Director of Orchestra and Hall Operations Alison Bolton. Ken Armes of the Federal Mediation and Conciliation Service was once again invaluable in helping forge the landmark agreement.

“This historic agreement bodes well for the future of the orchestra, its musicians, the community and the Buffalo Musicians Association,” said Jim Pace, President of Local 92.
“This six-year agreement, the longest in the orchestra’s history, represents the shared commitment by the musicians and management of the Buffalo Philharmonic Orchestra to the health, economic and artistic growth, and long-term prosperity of the organization. We look forward to continue bringing music of the highest quality to audiences in Buffalo and beyond for many years to come,” commented Janz Castelo, violist and member of the musicians’ negotiations committee.

The previous agreement was a five-year term covering 2011-2016 and expired August 31. The new agreement is effective September 1 and will be in effect through August 31, 2022. It is unusual as the International AFM Board had to approve its length.

The contract raises the minimum salaries for musicians from the current $48,120 to $54,177 in 2022 and maintains a schedule of 38 work weeks and two paid vacation weeks.

“I applaud the exemplary vision of our BPO musicians, which bespeaks their profound commitment to our community and their inspiring dedication to our audiences,” added Music Director JoAnn Falletta. “Not only is this six-year agreement unprecedented, it ensures that we can strategize and plan for the future together, and continue to provide the highest level of artistic excellence to Buffalo and Western New York.”