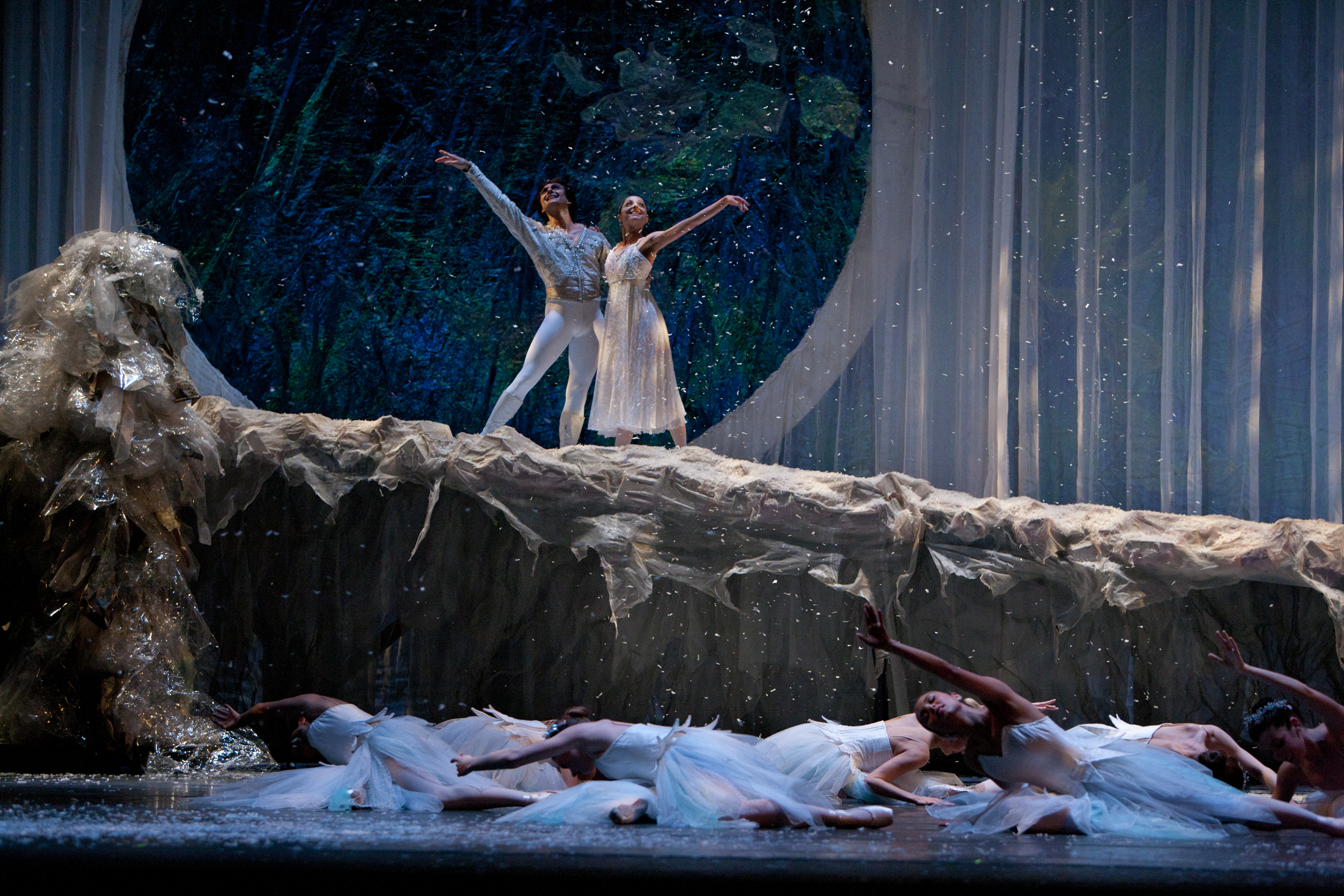 The Buffalo News praised the production: “Neglia presents a passionate and engaging ‘Nutcracker.’

Sure to be a Buffalo holiday tradition, Neglia’s ‘The Nutcracker’ is the stuff childhood dreams are made of. Its high caliber choreography, luscious sets and costumes, as well as the brilliant playing of the BPO, make it a holiday treat worth experiencing.”

The traditional production was conceived, choreographed and produced by Neglia Ballet Artists Artistic Director Sergio Neglia and Executive Director Heidi Halt. The production features 120 characters danced by a corps de ballet, soloists and principal professional ballet dancers from around the world as well as students from Neglia Conservatory of Ballet and other local dance studios.

Gabrielle Thurlow, a native of Buffalo and former Neglia Conservatory student, will perform the principal role of Dew Drop. She is currently a member of the Pittsburgh Ballet Theatre (PBT) where she was recently promoted to soloist. Some of her featured roles at PBT include Kitri in Don Quixote, and Marie and Sugarplum Fairy in Terrence Orr’s The Nutcracker, and a bomb squad dancer in Twyla Tharp’s In the Upper Room.

“We’re so pleased to bring Gaby in to perform with us.” Says Neglia. “ She was a gifted student and it is no surprise that she is doing so well.”

This year’s production of The Nutcracker will be conducted by the BPO’s new Associate Conductor, Stefan Sanders. Prior to a career as a conductor, Sanders was an internationally renowned trombonist, having performed as a soloist in the United States, Asia and Europe. His performance of Eric Ewazen’s Concerto for Bass Trombone and Orchestra, with the Czech Philharmonic, can be heard on the Albany Records label. Sanders was a member of the Buffalo Philharmonic’s trombone section for seven seasons and has performed with several orchestras including the New York Philharmonic, Seattle Symphony Orchestra, Seattle Opera’s 2001 production of Wagner’s Ring Cycle and the Florida Orchestra. Mr. Sanders was also invited by Sir Elton John to play in the orchestra for his Radio City Music Hall concerts in 2004 recorded for the Bravo Television Network.

Sergio Neglia, Artistic Director of Neglia Ballet Artists, will perform the role of Cavalier. Internationally acknowledged for more than two decades as a gifted and passionate ballet artist, Sergio Neglia was born in Buenos Aires, Argentina.  He began studying ballet at the Teatro Colon in Buenos Aires. At thirteen he won a scholarship to the famed Bolshoi Ballet, and at sixteen was a scholarship student at the School of American Ballet, handpicked by George Balanchine. He went on to study under, and dance with some of ballets most famous names, including Nureyev, Godunov, and Baryshnikov. Mr. Neglia has received many prestigious awards at international competitions, most prominently at the Prix de Lausanne where he was awarded a silver medal. He has performed as an international guest-artist at the Nishina Ballet and the Okamoto Ballet in Japan, the Slovak Ballet in the Slovak Republic and the Prague National Ballet in the Czech Republic. Mr. Neglia has also danced as a soloist with the Santiago Ballet de Chile, the Miami City Ballet, the Cincinnati Ballet and the Chautauqua Summer dance Company. In addition to appearing as a guest performer, Neglia is a sought after instructor and has taught master classes throughout Japan, Argentina and the U.S. and was on the summer faculty at the Central Pennsylvania Youth Ballet for 8 years.

Sets were designed by Lynne Koscielniak. A professor of scenic design at the University of Buffalo, She designed and built, with her crew, four scenes which are on the scale of scenery equal to the scale of a production that would be seen at the Metropolitan Opera House in New York City. Donna Massimo, costume shop manager at UB designed and created with her team of costume constructors over one hundred glorious costumes for the Nutcracker. In total there are over four hundred individual costume pieces.

In the past, Shea’s has collaborated with both The Buffalo Philharmonic Orchestra (for The Nutcracker) and worked with Neglia Ballet Artists (on various Neglia productions at Shea’s).

“We look forward to another year of this collaborative production and plan to continue to present this wonderful holiday classic to our community,” said President of Shea’s Anthony Conte.

Major funding for the creation of this enduring holiday tradition is provided by the John R. Oishei Foundation, The Margaret L. Wendt Foundation, Western New York Foundation, and The Community Foundation for Greater Buffalo.