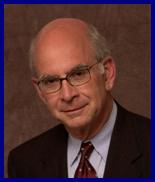 Dr. Angelo Fatta has a long history of volunteer leadership in the community. He has held various volunteer leadership positions with not-for-profit groups such as Cradle Beach Camp and Canisius College Board of Trustees. He is former chair (2004 - 2008) of the board of trustees of the Buffalo Philharmonic Orchestra, during which the orchestra completed a successful $30 million capital campaign. Currently he serves as a trustee of the State University of New York, where he chairs the audit committee. Previously he was chair of the board of trustees of the University at Buffalo Foundation.  Dr. Fatta is an officer of The Fatta Foundation, a charitable family foundation supporting the welfare and development of children in Western New York. Lastly, Dr. Fatta not only supports the arts, he participates in the arts as well, as a singer in the Buffalo Master Chorale. Angelo Fatta is not only a trailblazer in community service to the arts, but has shared his talents to launch a host of other ventures.

From 2001 to 2006, Dr. Fatta was co-founder and volunteer president of BuffLink, Inc. a not-for-profit, private sector initiative which promoted the creation of a regional life sciences economy for Western New York through the commercialization of the discoveries at the region’s world-class research institutions. He also serves as a pro-bono entrepreneurial coach for several start-up companies in WNY.

Dr. Fatta was co-founder (1973) and CEO of ACTS Testing Labs, Inc. a global consumer products quality assurance company headquartered in Buffalo, with 700 employees in Hong Kong, Singapore, Lille (France), London, Toronto, Chicago and other locations worldwide. Currently, he is CEO of The ANSECO Group which provides toy safety consultation and testing to select companies in the toy and children’s products industries.

Angelo M. Fatta holds a BS in Chemistry from Canisius College (1966) and a Ph.D. in Inorganic Chemistry from Wayne State University (1970). He was a postdoctoral fellow at The Pennsylvania State University Center for Air Environment Studies (1970-71). From 1971 to 1976, he was a forensic analyst with the Erie County Central Police Services Crime Laboratory.

He and his wife Carol are devoted supporters of the BPO. Their grown children, John and Suzanne and her husband Michael Benner, are strong supporters and participants in Buffalo’s visual and performing arts scene.