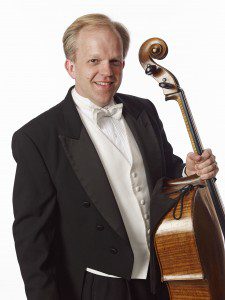 David Schmude has been a member of the Buffalo Philharmonic Orchestra since 2000. Prior to his appointment with the BPO, he performed with the Canton Symphony, Florida Orchestra and the New World Symphony. A native of Ann Arbor, Michigan, he received his Bachelor of Music degree at the Cleveland Institute of Music, where he was a scholarship student of Stephen Geber, former principal cellist of the Cleveland Orchestra. Mr. Schmude has performed in some of the most prestigious halls in Europe, Japan and the United States. He has performed in numerous festivals including the Kent/Blossom Music Festival, the National Repertory Orchestra, the National Orchestral Institute and the Pacific Music Festival.

Mr. Schmude has been a soloist with BPO, Ars Nova Musicians and Camerata di Sant’ Antonio. An active chamber musician, Mr. Schmude has performed with the Buffalo Chamber Players, The Nashville Chamber Players, Kodama Trio, the Clara Quartet and JoAnn Falletta. He is also the cellist of the Browning Duo. In addition to his performance career, Mr. Schmude is also an advocate for music education. He was an adjunct cello professor at the Western Kentucky University at Bowling Green, and teaches at the Orchard Park Music School and Vivace String Camp in the summer. He currently resides in Williamsville with his wife Cindy and their children, Peter and Lilyanna. In his spare time, David enjoys cycling and small woodcraft modeling.