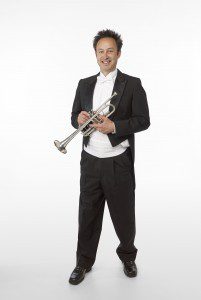 Geoffrey Hardcastle has been Second Trumpet of the Buffalo Philharmonic since 2006. A native of Southern California, he began his studies with the legendary teacher James Stamp. Geoff received his Bachelor and Master of Music degrees from the Cleveland Institute of Music, where he studied with Bernard Adelstein, David Zauder, and James Darling. Geoff was also a member for several seasons with the Cleveland Orchestra, and he has also performed with the Cincinnati Symphony Orchestra. He was a founding member of the Burning River Brass Ensemble and is currently a member of the Center City Brass Quintet and Proteus 7. He has toured worldwide with these groups as well as recorded numerous albums on the Chandos and Dorian record labels.