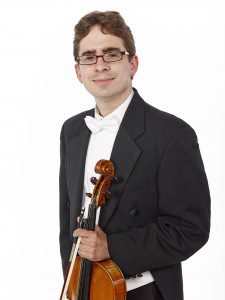 Born in San Juan, Puerto Rico, violist Janz Castelo is the son of Cuban parents. He received his bachelor of music in viola performance from the Peabody Conservatory of Music as a student of Victoria Chiang and Roberto Diaz. Upon completing his degree, Janz continued his studies with Boston Symphony violist Edward Gazouleas. Janz joined the viola section of the Buffalo Philharmonic Orchestra in the fall of 2001 and the faculty of the University at Buffalo in 2005. In the fall of 2007, he formed the Buffalo Chamber Players, a mixed chamber ensemble residing in the Elmwood Village.