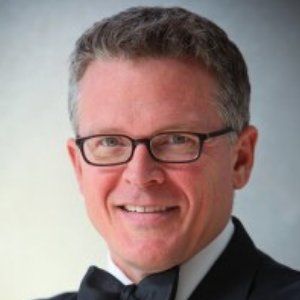 A master of American musical style, John Morris Russell has devoted himself to redefining the American orchestral experience. Now in his sixth year as Principal Pops Conductor of the Buffalo Philharmonic Orchestra, he follows in the footsteps of Marvin Hamlisch and Doc Severinsen. The wide-range and diversity of his work as a conductor, collaborator and educator continues to reinvigorate the musical scene throughout Buffalo and across the continent. Maestro Russell also serves as conductor of the Cincinnati Pops, one of the world’s most iconic and beloved pops orchestras, with which he has toured both domestically and internationally. His six recordings with The Pops include "American Originals: 1918" which earned a 2020 GRAMMY® Award nomination for Best Classical Compendium. As Music Director of the Hilton Head Symphony Orchestra in South Carolina, he leads the classical subscription series as well as the prestigious Hilton Head International Piano Competition. As a guest conductor, Mr. Russell has worked with many of the most distinguished orchestras in North America, including The Cleveland Orchestra, Los Angeles Philharmonic, New York Philharmonic as well as the Toronto and Vancouver Symphony Orchestras.