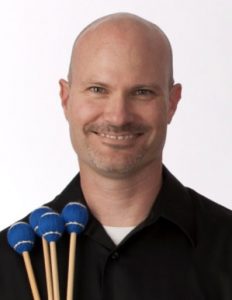 As an artist/endorser for Freer Percussion and Zildjian Cymbals, Hodges has been a clinician, adjudicator and lecturer throughout the United States including the Percussive Arts Society International Convention (PASIC). He has performed in over thirty recordings with the Buffalo Philharmonic Orchestra as well as many with the Cleveland Orchestra.

Some of the pop artists Hodges has shared the stage with include The Moody Blues, Sarah Mclachlan, The B-52s, Johnny Mathis, Stewart Copland of the Police, Lou Gramm of Foreigner, Burt Bacharack, Olivia Newton John, The Temptations, and The Four Tops. Hodges earned a Bachelors of Music degree from the Cincinnati College Conservatory of Music and his Master of Music degree in Percussion performance from the Cleveland Institute of Music.