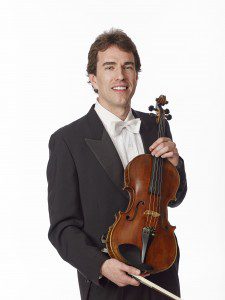 Violist Matthew Phillips is a native of Buffalo. He began his viola studies as a 4th grade student in the Ken-Ton school system with Louis Baroudi and later studied privately with Charles Joseph of SUNY Fredonia. While Matthew was in high school, Joseph Silverstein, former concertmaster of the Boston Symphony, heard him play and wrote a recommendation for him to study with principal violist of the Cleveland Orchestra, Robert Vernon, at the Cleveland Institute of Music. After completing his bachelor’s degree in Cleveland, Matthew went on to study with Walter Trampler at the New England Conservatory where he earned his master’s degree.

Matthew was a finalist in the 1993 William Primrose International Competition and in 1997 he joined the Buffalo Philharmonic Orchestra. In 2002 he was a featured soloist with the BPO commemorating the first anniversary of 9/11, performing Hindemith’s Trauermusik. In addition to his work with the BPO, Matthew has been a substitute violist with both the Detroit and Chautauqua Symphonies.

Away from music, Matthew is an avid runner of a variety of distances. He is a sub-three hour marathoner, having completed 15 races of that length including the Boston Marathon twice. He lives in Kenmore with his wife, Rachel, whom he first met while they were both members of the Greater Buffalo Youth Orchestra.