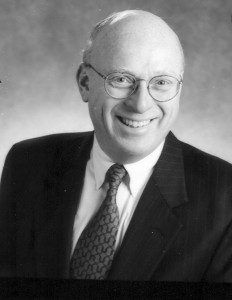 Randall M. Odza has concentrated his practice in the area of labor and employment law for more than 40 years. His practice includes representation of clients before administrative agencies such as the National Labor Relations Board, the Public Employment Relations Board, the United States Equal Employment Opportunity Commission, the United States Department of Labor, the New York State Department of Labor and the New York State Division of Human Rights. He advises private and public sector clients with respect to all aspects of federal and state employment law such as anti-discrimination laws, the Americans with Disabilities Act, Title VII of the Civil Rights Act, the Age Discrimination in Employment Act, the National Labor Relations Act and the Public Employment Relations Act. Mr. Odza also represents major employers in collective bargaining and contract administration issues. He has represented and counseled employers in a wide range of industries including a prominent automobile manufacturer, a health insurance provider, a large city newspaper, a group of hospitals, and a major regional transportation authority, including its surface and light rail system and its airport.Admitted to practice law in New York State, Mr. Odza is a Fellow of the College of Labor and Employment Lawyers, and a member of the American, New York State and Erie County Bar associations. He has spoken extensively before various organizations nationally on a variety of employment law topics. Mr. Odza currently serves as a Trustee and Secretary for the Board of Directors of the Buffalo Philharmonic Orchestra, as well as employment counsel for the Buffalo Philharmonic Orchestra.Mr. Odza is listed in Best Lawyers in America, Who's Who in America, Who's Who in American Law, Who's Who in the World, New York Super Lawyers (Labor & Employment Section) and Business First of Buffalo’s “Who’s Who in Law.”