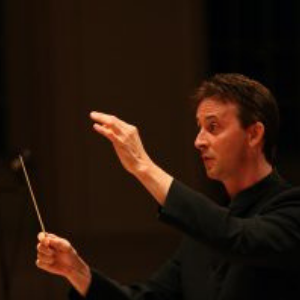 He began his professional career as Principal Trumpet of the Sarasota Orchestra and was a frequent guest artist at the Sarasota Music Festival.

In 2017, Craven conducted the Detroit Symphony Orchestra, stepping in with a few hours’ notice in a program of Mendelssohn and Hummel. In 2016, he was an assistant conductor and competition winner at the Miami Music Festival and conducted in a concert at the New World Center in Miami. Craven has also served as a cover conductor and pre-concert lecturer for the Detroit Symphony.

He made his conducting debut with members of the Sarasota Orchestra and chorus in Durufle’s Requiem in 2012 and made his international conducting debut in Russia, in a concert with the St. Petersburg Chamber Philharmonic. He has since conducted the Baltimore Symphony, Peabody Symphony Orchestra, Edmonton Symphony, Loudoun Symphony (VA), as well as orchestras in Poland, Bulgaria and the Ukraine.