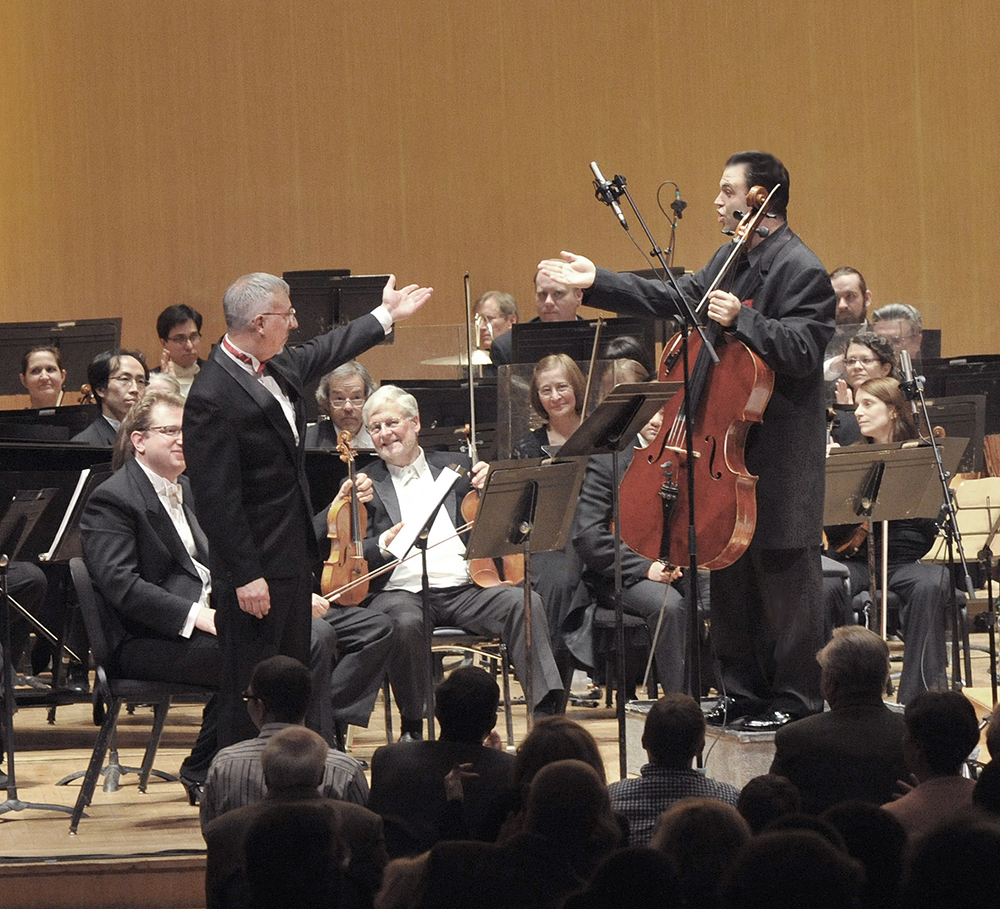 Miguel del Aguila’s “Concierto en Tango” is, for the Buffalo Philharmonic Orchestra, a gift that keeps on giving.

Commissioned by the BPO, the piece was premiered by the BPO in May 2014 in a performance conducted by BPO Music Director JoAnn Falletta and featuring Roman Mekinulov, the orchestra’s principal cellist. The audience embraced the clever, tuneful piece.

The BPO’s premiere performance was recorded live and in fall 2014, it was included on the CD “Built For Buffalo,” released on the BPO’s private label.

In June 2015, the Toronto Symphony and its principal cellist, Joseph Johnson, gave the piece its Canadian premiere.

Next, in September 2015, the concerto was nominated for a Latin Grammy award, in the category of Best Classical Contemporary Composition. (Carlos Franzetti ultimately won the award for “Capriccio.”)

And on Jan. 9, Falletta and Mekinulov took the concerto on the road. They performed it with the Albany Symphony Orchestra in Albany’s historic Palace Theatre. The BPO and the ASO are not strangers to each other. In January 2014, Albany’s music director, David Alan Miller, conducted the BPO’s annual Mozart tribute concert.

The reviewer for the Albany Times Union, Joseph Dalton, had a few criticisms, one of which was that he thought the cello was under-utilized. But he wrote, “Nevertheless, the piece was as colorful, driving and tuneful as you’d expect from anything with ‘tango’ in the title.”

Albany embraced the “Concierto en Tango” as Buffalo had done. Mekinulov rejoiced on Facebook that at intermission he, Falletta and del Aguila autographed more than 100 “Built For Buffalo” CDs that had been snapped up by the audience.

Meanwhile, Buffalo listeners can congratulate themselves on knowing a hit when they heard it.

On the occasion of the first performance, The Buffalo News reported: “The concerto was sparkling and fun-loving, and Mekinulov, with his star quality and maverick ways, is one of the most popular and visible musicians in the BPO. As he took one, then two, then three curtain calls – hefting his cello along with him – the big crowd of listeners, almost all of them on their feet, cheered and cheered.”