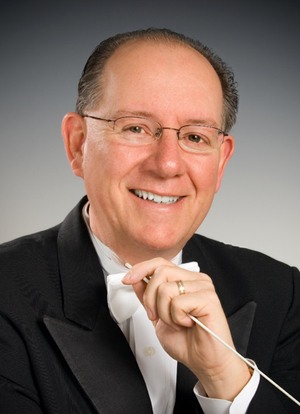 For the past two years, my wife and I have been privileged to attend the annual Encore gala at Genesee Community College. The dinner and Christmas concert is a night we look forward too all year.

The highlight of the evening is, of course, the performance by the Buffalo Philharmonic Orchestra and the Christmas carol sing-along.

It’s not my favorite BPO concert of the year, however. That distinction belongs to the Independence Eve show at Buffalo’s Coca-Cola Field. The show, which follows a Buffalo Bisons game, features fireworks and a patriotic video, as well as special guests and performers on the field.

These two concerts have something more in common than just holiday themes and the orchestra. They’re conducted by Paul Ferington. The Barker resident and MIddleport native has guided both shows for many years each, injecting them with his humor and infectious joy.

This Friday, Ferington will conduct his final concert with the BPO, as he leads the Independence Eve concert for the 19th year. It will be a grand send-off to a man who has dedicated himself to using music as a means to educate and entertain. And he’ll have more than 17,000 people applauding the end of his BPO career.

Sadly, this means that Ferington will not return for the Encore show this December. Had I known the 2014 concert would be his last in Batavia, I would have made it a point to thank him for his years of entertainment and dedication. His last two concerts in Batavia were both marked by heavy snow, but he melted the worries of those of us in the audience with his warm smile and energetic performance.

On behalf of those of us who have enjoyed a Ferington-led concert, I want to say “Thank you, Paul. Enjoy your retirement.”