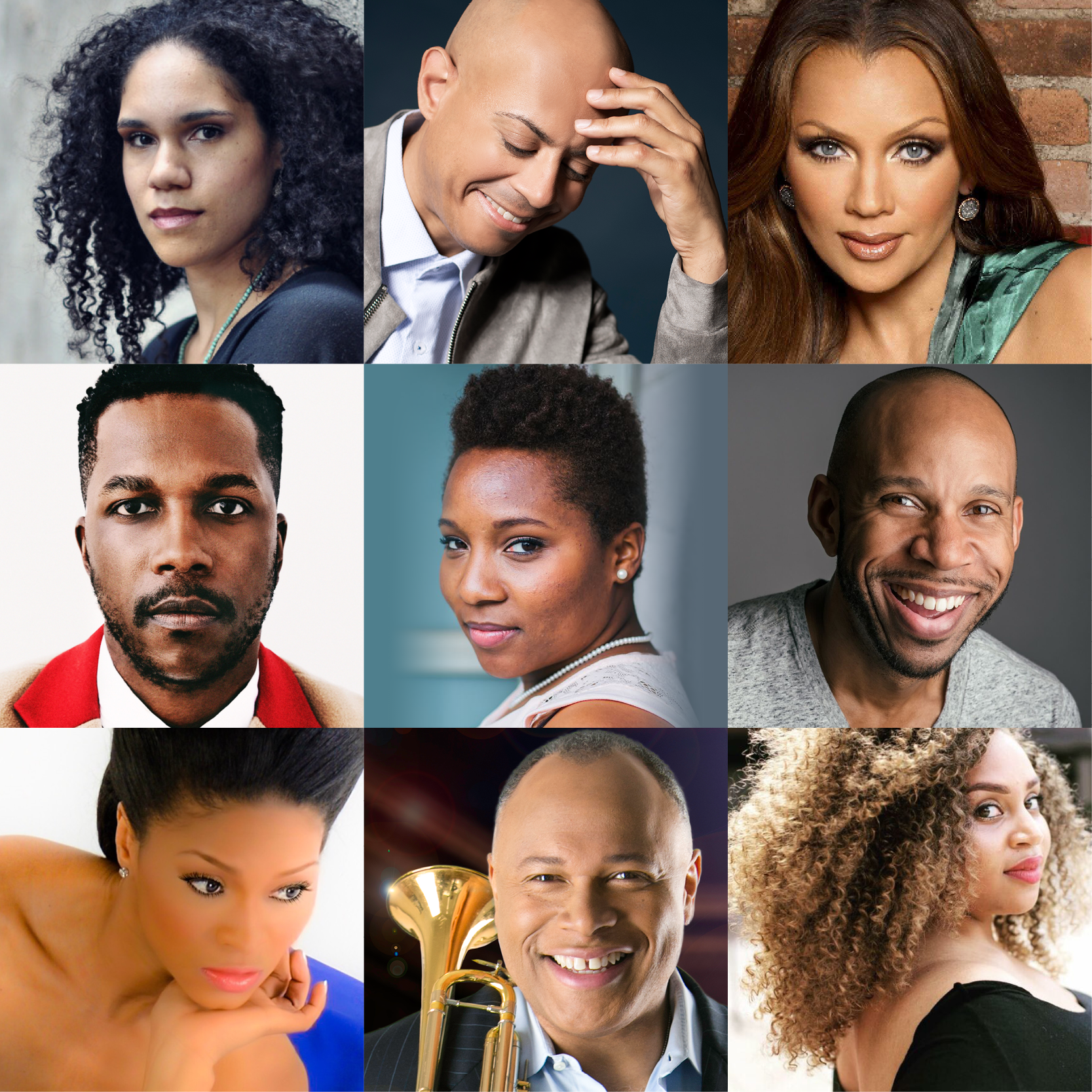 February is Black History Month, a time to honor the great achievements of Black and African American individuals throughout history. The BPO has a longstanding commitment to presenting diverse programming and supporting diversity among its artists. We are honored to share in this annual celebration by recognizing the incredible musical contributions of Black and African American guest artists, conductors and composers on our current season. 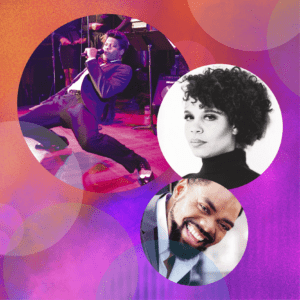 The 21-22 season began strong with Dancing in the Street: The Music of Motown, featuring the incredible vocal talents of Shayna Steele, Chester Gregory and Bernard Holcomb, who paid tribute to the Motown hits made famous by Marvin Gaye, The Four Tops, Martha Reeves, Michael Jackson, Diana Ross, The Temptations, and the one-and-only Stevie Wonder. All three guest artists have a wide range of experience, from the Broadway stage and Carnegie Hall, to acclaimed operatic venues in the U.S. and internationally. Also a composer, Shayna Steele is a Broadway veteran of Rent, Jesus Christ Superstar, and Hairspray, vocalist with the GRAMMY-nominated Broadway Inspirational Voices, and has worked with stars including John Legend, Bette Midler, Natasha Bedingfield, Queen Latifah, and Rihanna. Chester Gregory’s Broadway credits include Motown the Musical, Hairspray, Sister Act, and others, and he has toured nationally with Dreamgirls, Sister Act, and his one-man show, The Eve of Jackie Wilson. He is the recipient of multiple awards, among them the NAACP Theatre Award. Bernard Holcomb has made a name for himself in the world of opera, performing title roles in such legendary productions as Otello, Rigoletto, Don Pasquale, and La bohéme, a Carnegie Hall debut, and appearing on multiple occasions as Sportin’ Life in Porgy and Bess, He was a featured soloist with Renée Fleming and Sir Patrick Stewart in Second City’s Guide to the Opera, and is an alumnus of Lyric Opera of Chicago. 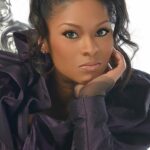 Through vocalist Amanda Cole, this past November we relived the powerful voice that touched our hearts and inspired our souls in Whitney Houston: The Greatest Love of All. Whitney was undeniably one of the best-selling recording artists of all time, with sales of over 200 million records worldwide. Her first two studio albums, Whitney Houston (1985) and Whitney (1987) with hits like “Saving All My Love for You,” “How Will I Know,” “All at Once,” “I Wanna Dance with Somebody,” “Where Do Broken Hearts Go,” and “The Greatest Love of All,” both peaked at number one on the Billboard 200. In 1992, the soundtrack to The Bodyguard, for which she recorded the iconic single “I will Always Love You,” won the GRAMMY Award for Record of the Year. Amanda Cole, a Broadway actress and recording artist in her own right, was spectacular in capturing Whitney’s emotional range in songs that explored themes of love, heartache, strength, and empowerment. She had the pleasure of sharing the stage with Whitney Houston and Michael Jackson, as well as Mary J. Blige and Destiny’s Child, and has performed as a member of the legendary girl group En Vogue. 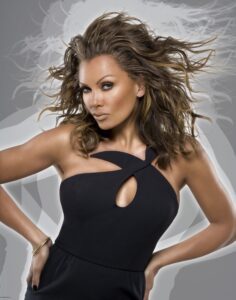 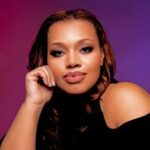 In December, we had the great honor of welcoming GRAMMY, Oscar, and Golden Globe winner Vanessa Williams for a special one-night-only holiday concert event. Vanessa is one of the most respected and multi-faceted performers in the entertainment industry today. Having sold millions of records worldwide, she has achieved numerous #1 and Top 10 hits on various Billboard Album and Singles charts. Her critically acclaimed work in film, television, recordings and the Broadway stage has been recognized by every major industry award affiliate including 4 Emmy nominations, 11 Grammy nominations, a Tony nomination, 3 SAG award nominations, 7 NAACP Image Awards and 3 Satellite Awards. Her platinum single “Colors of the Wind,” from the Disney’s Pocahontas, won the Oscar, GRAMMY, and Golden Globe for Best Original Song. She was joined onstage by her incredible backup singer, Carmen Ruby Floyd, who hails from Buffalo—an accomplished jazz and Broadway singer in her own right. 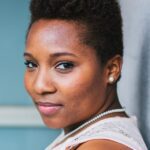 Maestro JoAnn Falletta’s Classical Christmas introduced us to soprano Sirgourney Cook, who recently transplanted to Buffalo with her husband. Audiences will remember Sirgourney’s brilliant vocals on “I Know That My Redeemer Liveth” from Handel’s Messiah, “Evening Prayer” from Hansel and Gretel, and the Christmastime favorite, “O Holy Night.” Sirgourney toured as the soprano background vocalist for Oscar and GRAMMY Award-winning actress and recording artist Jennifer Hudson, performing nationally and internationally at events such as President Barack Obama’s 50th Birthday Celebration, the 2013 Nobel Peace Prize Concert in Oslo, Norway, and the GRAMMY Academy’s 2019 Tribute to Aretha Franklin. A graduate of Lawrence University in Appleton, WI and the Longy School of Music of Bard College in Cambridge, MA in May of 2016, where for two years she was a Presidential Scholar. She continues to work as a professional opera singer and educator. 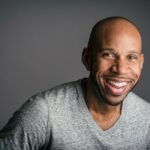 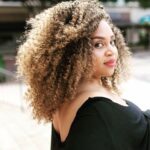 On Holiday Pops, Principal Pops Conductor John Morris Russell was joined by vocalists Erica Gabriel and Buffalo native George Brown, who brought us swinging and soulful renditions of popular favorites “I’ve Got My Love to Keep Me Warm,” “Have Yourself a Merry Little Christmas,” “This Christmas,” and more, and led our annual holiday singalong. Erica earned her Bachelor’s Degree in Vocal Performance and Pedagogy from Oakwood University. Her competition credits include the Alma Blackmon Scholarship Award, winner of Classical Singer Regional University Competition, winner of the Hartford Memorial Scholarship Competition, and the 2018 Gold Medal winner of the American Traditions Vocal Competition. George is the founder and producer of local competition Buffalo’s Got Talent, and recently performed in the national tour of the Tony Award-winning Broadway revival of Once on this Island. 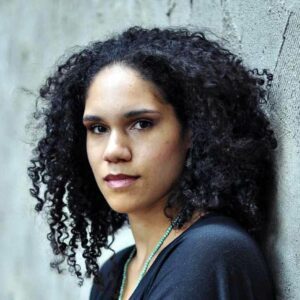 Our Beethoven & Rachmaninoff performance (Feb. 4 and 5) begins with an overture by contemporary composer Jessie Montgomery entitled Coincident Dances, which pays homage to the hustle and bustle of her hometown, New York City. Jessie is an acclaimed composer, violinist, and educator. She is the recipient of the Leonard Bernstein Award from the ASCAP Foundation. Her works are performed frequently around the world by leading musicians and ensembles. Audiences will remember Jessie’s explosive composition Starburst, which opened the BPO’s 20-21 season BPOnDemand series. Since 1999, Jessie has been affiliated with The Sphinx Organization, which supports young African-American and Latinx string players. She currently serves as composer-in-residence for the Sphinx Virtuosi, the organization’s flagship professional touring ensemble, and she was a two-time laureate of the annual Sphinx Competition. She began her violin studies at the age of 3 at the Third Street Music School Settlement, one of the oldest community organizations in the country. She holds degrees from the Juilliard School and New York University and is currently a Graduate Fellow in Music Composition at Princeton University. 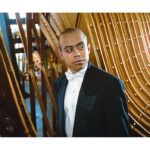 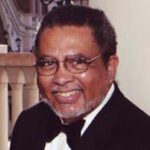 In our upcoming Classical Fireworks performance (Feb. 18 and 19), Canadian pianist Stewart Goodyear performs the driving and dramatic Piano Concerto of Adolphus Hailstork. Dolph, as he is known to his friends, is an American composer and educator. He was born in Rochester and grew up in Albany, NY. He received his doctorate in composition from Michigan State University, and has written numerous works for chorus, solo voice, piano, organ, various chamber ensembles, band, orchestra, and opera. For a 1990 commission, he wrote a piano concerto for the BPO’s own JoAnn Falletta to debut at Carnegie Hall with the Virginia Symphony, featuring American pianist Leon Bates in 1992. Stewart Goodyear, who takes his turn at the concerto with the BPO this month, is an accomplished concert pianist, improviser, and composer. He has performed with, and has been commissioned by, many of the major orchestras and chamber music organizations around the world. He is perhaps best known for performing all 32 Beethoven sonatas in a single day, a feat he has tackled at many leading concert halls throughout the country. 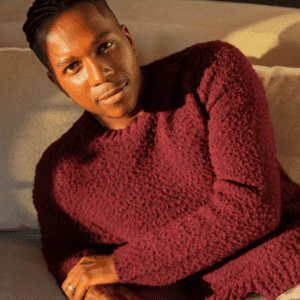 Our much-anticipated performance with Tony Award winner and Academy Award nominee Leslie Odom, Jr. will take place one night only on Fri. Mar. 25. Leslie electrified audiences as the original Aaron Burr in Broadway’s Hamilton, earning a Tony for Best Featured Actor in a Musical. A filmed version of his performance with the original cast currently streams on Disney+. Leslie made his Broadway debut in RENT at the age of 17. In film, he recently starred alongside Cynthia Erivo in the 2019 Harriet Tubman biopic Harriet, and in 2020, was nominated for an Academy Award for Best Supporting Actor for his portrayal of Sam Cooke in the film One Night in Miami. His song “Speak Now,” featured in the film, was also nominated for Best Original Song. His highly successful symphonic show features the best of Broadway and the American songbook with jazzy standards and nods to crooners like Nat King Cole. 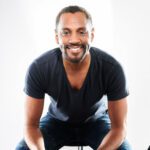 Carlos Simon’s The Block is the composer’s portrait of African American culture in urban cities and the rural south, featured on the BPO’s upcoming performance of Schumann’s Cello (Apr. 1 and 2). Carlos’ compositions range from concert music for large and small ensembles to film scores with influences of jazz, gospel, and neo-romanticism. He is currently the Composer-in-Residence for the John F. Kennedy Center for the Performing Arts. His string quartet, Elegy, honoring the lives of Trayvon Martin, Michael Brown, and Eric Garner, was recently performed at the Kennedy Center for the Mason Bates JFK Jukebox Series. He was named as one of the recipients for the 2021 Sphinx Medal of Excellence, the highest honor bestowed by the Sphinx Organization, recognizing extraordinary classical Black and Latinx musicians. In 2018, he was a Sundance Composer Fellow, an award that provides creative and financial support to emerging composers and other film artists. 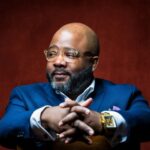 Composer Jonathan Bailey Holland’s Motor City Remix, a vibrant ode to his home city of Detroit, will be featured on our upcoming performance of Majestic Mendelssohn (Apr. 8 and 9), which will be guest conducted by William Eddins. Holland draws inspiration from classical, jazz, hip-hop, and other musical genres, as well as from visual art, architecture, poetry, dramatic works, and contemporary events. He was influenced early on by his grandfather’s baby grand piano and his father’s record collection, which contained everything from Miles Davis to Bootsy Collins, F.G. Handel, Sergio Mendes, Michael Jackson, Kenny Rogers, and more. Early studies of piano, trumpet, tuba, and double-bass led him to Interlochen Arts Academy, where he discovered music composition. He continued his studies at Curtis Institute of Music, Harvard University, and with several pedagogues. He is currently Chair of Composition, Contemporary Music, and Core Studies at Boston Conservatory at Berklee, and was formerly Faculty Co-Chair of composition at Vermont College of Fine Arts. He has also served as faculty at the Berklee College of Music, and the Curtis Summerfest Program. William Eddins grew up in Buffalo and studied at the Eastman School of Music. He currently serves as the Music Director Emeritus of the Edmonton Symphony Orchestra and a frequent guest conductor of major orchestras throughout the world. He is an accomplished pianist and chamber musician. He regularly conducts from the piano in works by Mozart, Beethoven, Gershwin and Ravel. 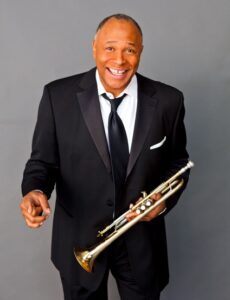 BPO audience fan favorite, Byron Stripling, returns with The Gospel According to Swing on Apr. 29 and 30 (and as part of our BPOnDemand series beginning May 19), bubbling with the influences of jazz and blues greats from Mahalia Jackson to Aretha Franklin, Bessie Smith and Duke Ellington. With a contagious smile and captivating charm, the conductor, trumpet virtuoso, singer, and actor Byron Stripling has ignited audiences across the globe. Byron attended Eastman School of Music in Rochester, New York, and the Interlochen Arts Academy in Michigan. Following his studies, he was featured as lead trumpeter and soloist with the Count Basie Orchestra. He has also played and recorded extensively with the bands of Dizzy Gillespie, Woody Herman, Dave Brubeck, Lionel Hampton, Clark Terry, Louis Bellson, and Buck Clayton in addition to The Lincoln Center Jazz Orchestra, The Carnegie Hall Jazz Band, and The GRP All Star Big Band. He performed the title role in the musical Satchmo, had featured cameo performance in the television movie The Young Indiana Jones Chronicles, and portrayed Louis Armstrong in Dave Brubeck’s revival of The Real Ambassadors. In 2020, Byron was appointed as the second-ever Principal Pops Conductor for the Pittsburgh Symphony Orchestra.

To learn more about the BPO’s commitment to inclusion, diversity, equity, and access, please visit bpo.org/idea.