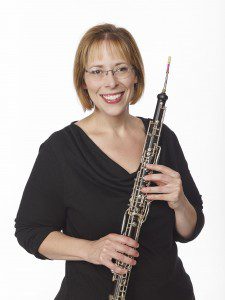 Anna Mattix has played English Horn and oboe with the Buffalo Philharmonic since 2007. Previously she was Principal Oboe with the Indianapolis Chamber Orchestra and English Horn with the Owensboro Symphony and Evansville Philharmonic. She has also performed with the Indianapolis, Louisville and Minnesota Orchestras. Hailed as “virtuostic” by The Buffalo News, Ms. Mattix has appeared as soloist with the BPO on many occasions. Solo recording credits include The Swan of Tuonela by Jean Sibelius and Vox Humana by Rob Deemer. Ms Mattix has performed three times by invitation at the International Double Reed Society Conference and has soloed with many Buffalo based ensembles. She is active as a member of the Buffalo Chamber Players and teaches at Buffalo State College and Canisius College. As a member of the BPO's education committee, Ms. Mattix is a featured Teaching Artist for the BPO, and is committed to making music accessible for all people.